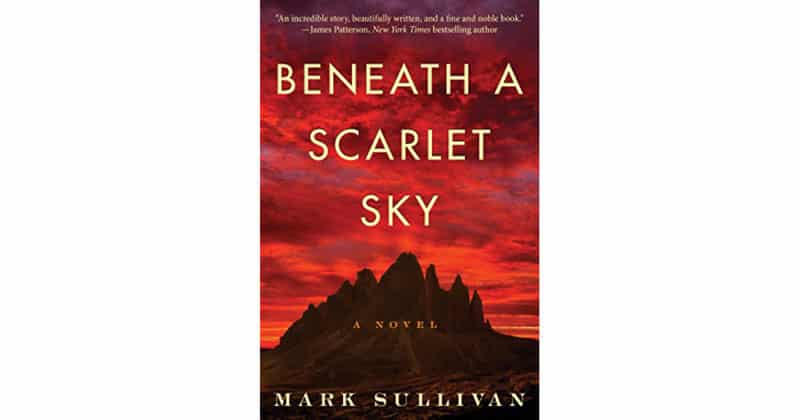 “We are thrilled to be hosting an accomplished author like Mark Sullivan,” said Elyse Ingber, director of visual and performing arts, Sid Jacobson JCC. “The story he tells in Beneath A Scarlet Sky is a truly courageous and touching one that many of our members feel a direct connection with.”

Based on the true story of a forgotten hero, Beneath a Scarlet Sky is a riveting tale of one man’s incredible courage and resilience during one of history’s darkest hours. Novelist James Patterson hailed it as, “An incredible story, beautifully written, and a fine and noble book,” and in 2018, it was announced that Pascal Pictures acquired the rights to turn the novel into a TV mini-series.

“This event is an opportunity to hear directly from the author about his experience of writing, the research that went into it, and the reviews and reactions received from readers,” explained Ingber.

Sullivan is the acclaimed author of 18 novels, five of which are part of the New York Times bestselling Private series, cowritten with James Patterson. He has received numerous awards for his writing, including the WHSmith Fresh Talent Award. Sullivan’s works have been named a New York Times Notable Book and a Los Angeles Times Best Book of the Year.

Tickets to this Spotlight Speaker event can be purchased at sjjcc.org/culturalarts or by calling the front desk at 516-484-1545. Pricing options are as follows: $75 VIP Meet and Greet including reserved seating and cocktail reception with the author at 7 p.m.;
$35 nonmember and $25 member general admission seating.

The SJJCC will also host a fundraiser featuring comedian John Mulaney on March 28.