Sharon Jones: A Look Back

Soul survivor Sharon Jones recently passed away from pancreatic cancer at the age of 60 on Nov. 18. A true fighter and passionate artist, Jones made her hay in recent years fronting Brooklyn’s Dap-Kings. Recent fans will know Jones for her cover of Gregg Allman’s “Midnight Rider” that’s been been used extensively in a recent Lincoln MKS ad campaign or the 2015 documentary Miss Sharon Jones! I had a chance to chat with her back in 2007 when she was out promoting 100 Days, 100 Nights. This is the subsequent story that came out of that memorable encounter:

Busy doesn’t begin to describe the whirlwind that has been Sharon Jones’ life in the past year or so. As the frontwoman for Brooklyn’s Dap-Kings, she’s been energizing crowds from Harlem to Italy and back, belting out straight-up funk that’s raw enough to quash any notions of attaching neo to it. The crew’s third album, the recently released 100 Days, 100 Nights, has a deep soul vibe that has earned them numerous critical accolades. 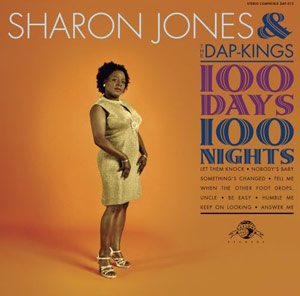 Years of dues-paying spent singing as a hired hand on assorted uncredited disco, blues, gospel, and soul sessions have understandably given Jones a feeling of vindication. “In the ’80s I was told I was too dark-skinned for all that club and house music, plus I was too fat. And once I got past 45, I was told I was too old,” she recalls matter-of-factly. “So now, I’m still dark-skinned and pleasantly plump, but I guess it’s just my time. I guess I didn’t fit into that era and I was meant to be a soul-R&B singer. This is my destiny.”

As a young girl splitting her time between Augusta, Georgia, and Brooklyn, Jones caught the music bug early. When she wasn’t pretending to be one of the Supremes while providing background vocals for her sister, church proved to be a steady outlet for music. It was the combination of singing “Silent Night” in a third grade Christmas pageant and the Queen of Soul’s influence that got Jones thinking about becoming a performer. “When Aretha’s gospel album came out and she did ‘Mary Don’t You Weep,’ that made me realize that I had talent, wanted to sing and play the piano too,” Jones said.

But becoming a full-time musician was a dream; reality came in the form of working various security jobs, including stints as a corrections officer at New York’s Riker’s Island and as an armored car guard for Wells Fargo. Finally, the diva got her break when she was tapped to sing backup at the now-defunct Desco Records in 1996.

As a member of Desco house band the Soul Providers, Jones’ first taste of success came from a deep funk scene in the UK stoked by the release of vinyl 45 singles, including “The Bump & Touch” and “Damn It’s Hot.” Desco went under in 2000, and label co-founder/bassist Gabe “Bosco Mann” Roth re-emerged with the Daptone imprint and Jones in tow. Three albums later and it’s clear why Mark Ronson tapped the Dap-Kings to play on Amy Winehouse’s latest record and why Jones has been working with the likes of Lou Reed, They Might Be Giants, and Rufus Wainwright.

Authenticity is at the heart of 100 Days, 100 Nights, with Jones and the Dap-Kings sounding as if they teleported from a recording session in Muscle Shoals, Memphis, or Detroit circa 1965 through 1972. “Tell Me” opens with a familiar chinga-ching guitar riff and assembly line Motown rhythm reminiscent of “You Keep Me Hanging On,” while the title cut wraps fat baritone saxophone runs, blaring horns, and chanting background vocals around Jones’ pleading phrasing that’s straight out of the James Brown school of “Please, Please, Please.”

While this recent soul revival seems to have struck a chord with a largely white following — be it Ronson and Winehouse or the countless college kids and Williamsburg hipsters who’ve shown much love to Jones and the Dap-Kings — the vocalist dismisses the race issue. “I’m grateful for Amy Winehouse and Mark Ronson. In 2008, I’ll have been out here for thirteen years and Amy’s been out for three or four and she’s already got a platinum album. She said I inspired her and it took Amy and all those guys to get us on the map and now everyone wants a piece of us,” Jones said. “But when I’m up on stage and the audience is saying they love me, I love them too. I don’t see color. Plus it’s been the young white college students who got us started in the last twelve years by getting us played on the college stations.” 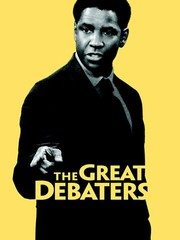 After years of struggling, Jones appears to be hitting her stride. Recently, she beat out Mary J. Blige and Shemekia Copeland for the role of juke-joint singer Lila in Denzel Washington’s upcoming ’30s-era film The Great Debaters. “Denzel sat in a pre-screening of me singing that Bessie Smith song, ‘Need a Little Sugar In My Bowl.'” I had never heard that song before in my life,” Jones explained. “When Denzel saw that, he said he wanted Sharon, and I got it just like that. And I finally got something for my look and my sound.” 