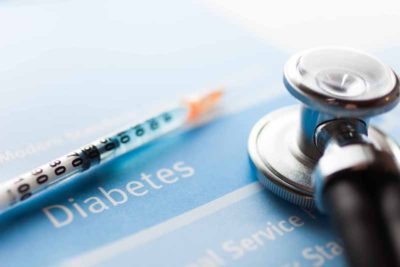 The American Diabetes Association’s new “This Is Diabetes” campaign encourages story sharing to empower people with diabetes and their loved ones, and to raise the level of urgency about the need to address diabetes.

Every 23 seconds, someone in the United States is diagnosed with diabetes. It’s estimated that one in 11 Americans has the disease—more than 29 million people—and another 86 million have prediabetes and are at risk for developing type 2 diabetes. The numbers alone are staggering, and the people affected by the disease include those who have diabetes and their friends, family, caregivers and communities.

American Diabetes Month, observed by the American Diabetes Association every November, is a time to focus the nation’s attention on the many people who are affected by diabetes and to raise the urgency about the need to address diabetes. To help spark a national conversation, the association is asking people to share their stories about what it truly means to live with diabetes with a new campaign, This Is Diabetes.

Throughout November, the association encourages everyone to speak up and spread the word about what diabetes is really like. The social media campaign asks them to declare, “This Is Diabetes,” to help educate others, break down stereotypes, correct myths and misunderstandings, and create a sense of urgency about the disease.

“Too often, diabetes goes unnoticed in our society, but it’s a health care crisis that needs and deserves all of our attention,” said Kevin L. Hagan, CEO of the American Diabetes Association. “Through this year’s theme, This Is Diabetes, we want to bring more attention to this disease that affects our family members, friends, neighbors and colleagues and show how important it is to take urgent action to address diabetes and its devastating complications.”

By encouraging the use of the campaign, #ThisIsDiabetes, the association will create an online gallery to amplify the voices of the diabetes community. Participating in this year’s campaign is easy. A free, downloadable sign is available on the campaign website—diabetes.org/adm—to help people share their diabetes stories. Participants simply fill in the blank on the sign, take a picture or video and post it to their social media platforms using #ThisIsDiabetes. Stories can also be submitted directly through the American Diabetes Month website. By collecting and featuring these stories prominently on the site and its social media channels, the association hopes to highlight how people all around us are grappling, often silently, with diabetes—and inspire more people to speak up.

The association’s key campaign components include the personal images and stories of people impacted by diabetes.

These personal testimonials are combined with personal stories from seven members of Team Tackle, a group of current and former professional football players from across the country who are working with the association to raise awareness about diabetes. The featured Team Tackle members include Sam Acho (Chicago), Lorenzo Alexander (Buffalo), Duane Brown (Houston), Matthew Hatchette (former player), Dont’a Hightower (New England), Rashad Jennings (New York) and Aaron Murray (Philadelphia). The collection of video stories will be shared throughout the month on the campaign website and on social media.