Sexting: A Danger That Must Be Discussed

A few years ago, in an effort to better understand where sex and social media intersect with respect to attitudes and behavior, The National Campaign to Prevent Teen and Unplanned Pregnancy conducted a survey of teens and young adults. The study measured the proportion of them who are posting sexually suggestive text and images. There were a total of 1,280 respondents—653 teens (ages 13 to 19) and 627 young adults (ages 20 to 26).
The survey found that a significant number of the 13 to 19 year olds have electronically sent, or posted online, nude or semi-nude pictures or video of themselves. Sexually suggestive messages via text, email or IM (instant message) were even more prevalent according to the survey. Seventy-five-percent of the teen respondents and 71 percent of young adults said sending sexually suggestive content “can have serious negative consequences,” yet they continue this behavior despite substantial personal safety and legal risks.

In the past few months on Long Island, sexting has been all over the news, including arrests and school suspensions of teens charged with sexting and viewing these messages. Parents, caregivers and other relevant people in kids’ lives need to be attuned to this behavior and be prepared to address it.
Despite the influence of peers, which is not all negative, this is only one part of a four-part community that includes family, larger community and media influences, all of which have demonstrable effects on adolescents’ sexual attitudes and behavior and all of which interact in a complex way. For example, beyond the peer group are information and images transmitted by the media that may typify values that are detrimental to young people’s self-image and health.

In families in which sexuality is not a taboo subject and related discussions occur quite naturally throughout childhood, pathways are forged for ongoing dialogue about all aspects of sexuality. If parental influence is strong enough—that is, if their relationships with their children are warm and close and their parenting style is authoritative—it can be a powerful protector against negative peer influence.
The American Academy of Pediatrics offers some good tips for talking to you kids about texting (go to www.aap.org and search for “sexting”): 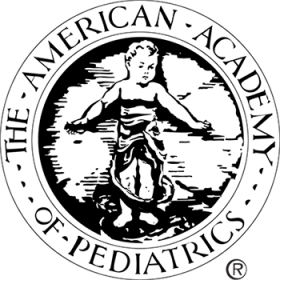 • Talk to your kids, even if the issue hasn’t directly impacted your community. “Have you heard of sexting?” “Tell me what you think it is.” For the initial part of the conversation, it is important to first learn what your child’s understanding is of the issue and then add to it an age-appropriate explanation (see next bullet).

• Use examples suited to your child’s age. For younger children with cell phones who do not yet know about sex, alert them that text messages should never contain pictures of people—kids, teens or adults—without their clothes on, kissing or touching each other in ways that they’ve never seen before. For older children, use the term “sexting” and give more specifics about sex acts they may know about. For teens, be very specific that “sexting” often involves pictures of a sexual nature and is considered pornography.

• Make sure kids of all ages understand that sexting is serious and considered a crime in many jurisdictions. If they “sext,” there will be serious consequences, quite possibly involving the police, suspension from school, and notes on the texter’s permanent record that could hurt their chances of getting into college or getting a job.

• Experts have noted that peer pressure can play a major role in the sending of texts, with parties being a major contributing factor. Collecting cell phones at gatherings of tweens and teens is one way to reduce this temptation.

• Monitor headlines and the news for stories about sexting that illustrate the very real consequences for both senders and receivers of these images. “Have you seen this story?” “What did you think about it?” “What would you do if you were this child?” Rehearse ways they can respond if asked to participate in inappropriate texting.

• Encourage school and town assemblies to educate parents, teachers and students.
An important and related problem is that with social networking there is no respite. Social media has a 24-7 quality that leaves many teens feeling that there is nowhere to turn and no escape—not at home, not on vacation, no place.

Social media has opened the door to new avenues of sexual expression and new challenges for families, health educators and human services professionals. Don’t miss this opportunity to educate your youngster about its dangers.

Andrew Malekoff is the executive director of North Shore Child & Family Guidance Center, which provides comprehensive mental health services for children from birth through 24 and their families. To find out more, visit www.northshorechildguidance.org. The views expressed in this column are not necessarily those of the publisher or Anton Media Group.