The quintessential in-demand sideman, G.E. Smith has played a significant role in the kind of seminal music happenings that make him the musical equivalent...
Read more
TOP STORIES 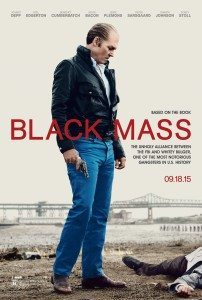 It’s hard to believe that summer is over. Kids have reluctantly returned to school and a whole new slew of movies has emerged. After a terrific summer of blockbuster hits, Labor Day officially began the fall season of fresh movies, many of which are sure to be in the running for award season. The following is just a glimpse into what studios have in store for you:
Opening Sept. 2 was A Walk in the Woods directed by Ken Kwapis. The film is based on a true story of friends Bill Bryson (played by Robert Redford) and Stephen Katz (played by Nick Nolte). Bryson is a travel writer who spent more than two decades in England before returning to the U.S. He decides he wants to reconnect with both his oldest friend (Nolte) as well as his homeland. Hiking through a 2,200-mile treacherous trail in the Appalachian Mountains is how he opts to accomplish this. Redford and Nolte both give outstanding and believable performances in their portrayal as the reunited friends; along with Emma Thompson, this is a definite must-see. (Rated R; 104 mins).

On Sept. 4, Chris Evans made his directorial debut and also stars in the film Before We Go, a comedic drama with added romance between two strangers, Pete Cooper (Evans) and Abby Randazzo (Alice Eve). A fateful crime brings these two complicated people together at Grand Central Station in Manhattan. Evans witnesses a distraught Eve after her purse is stolen. He offers her money and a hesitant Eve accepts. This begins their unlikely journey, as they find out they have more in common than initially assumed. Evans, best known as Captain America, plays his part flawlessly (Rated PG-13). 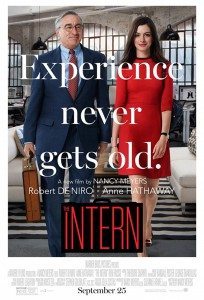 On Sept. 25, The Intern debuts, starring Robert De Niro and Anne Hathaway. This touching comedy starring two award-winning actors is sure to please. De Niro portrays 70-year-old widower Ben Whittaker who needs to fill a void in his life. Trying to get back in the work force, he accepts a position as a senior intern at a fashion website company founded by Jules Ostin (Hathaway). Ben clearly doesn’t seem to fit in with the 30-year-old employees; however, he ends ups befriending the younger set and teaching them invaluable lessons, including that sometimes new and young doesn’t necessarily mean better. (Rated PG-13; 121 minutes). 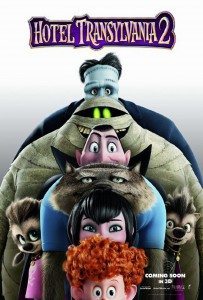 There are many more movies debuting in September, including Black Mass with Johnny Depp; Captive with Kate Mara and David Oyelowo; Everest starring Jason Clarke and Jake Gyllenhaal; and of course, the sequel to the brilliant animated feature Hotel Transylvania 2 with the voices of Adam Sandler, Selena Gomez and Mel Brooks.
So get your popcorn ready, sit back and relax, and enjoy your escape into a movie.