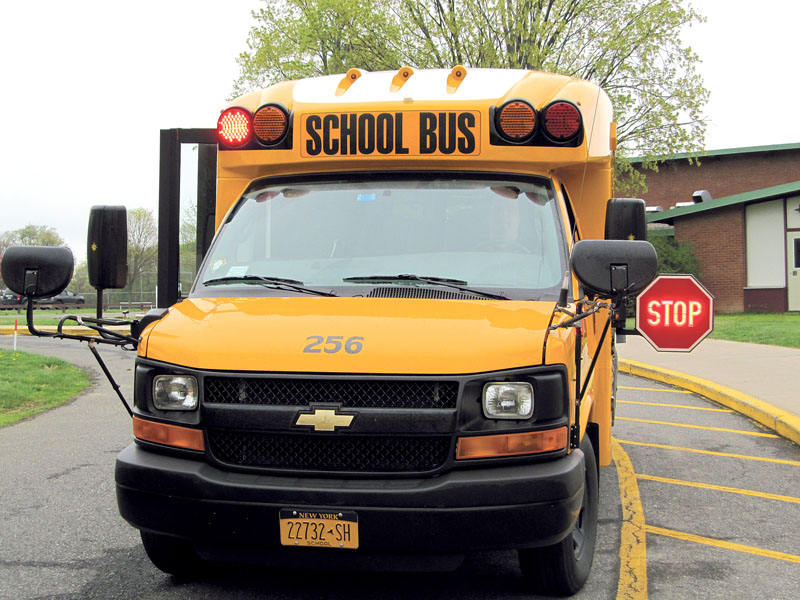 It’s back to school time and Nassau County Police Department would like to issue some school bus safety tips for motorists and students.

• The loading and unloading area is called the “Danger Zone.”

• More than half of the pedestrian fatalities in school bus-related crashes are children between five and seven years old. Young children are most likely to be struck because they hurry to get on and off the bus; act before they think and have little experience with traffic, assume motorists will see them and will wait for them to cross the street and don’t always stay within the bus driver’s sight.

• Studies have shown that many drivers illegally pass stopped school buses that are loading/unloading students.

• Stand at least five giant steps (10 feet) away from the edge of the road.

• Wait until the bus stops, the door opens, and the driver says it’s okay before stepping onto the bus.

• Be careful that clothing with drawstrings and book bags with straps or dangling objects do not get caught in the handrail or door when exiting the bus.

• Walk in front of the bus; never walk behind the bus.

• Walk on the sidewalk or along the side of the road to a point at least five giant steps (10 feet) ahead.

• Stop at the edge of the bus and look left-right-left before crossing.

During the school bus ride:

• Always sit fully in the seat and face forward.

• Do not distract the driver.

• Never stand on a moving bus.

• Be aware it is illegal in every state to pass a school bus stopped to load/unload students.

• Learn the “flashing signal light system” that school bus drivers use to alert motorists if they are going to stop to load/unload students.

• Begin moving only when the red flashing lights are turned off, the stop arm is withdrawn and the bus begins to move.

• Be alert. Children arriving late for the bus may dart into the street without looking for traffic.