Docuseries explores if a Bigfoot committed a 1993 triple homicide 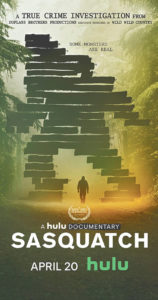 Throughout his career, investigative journalist David Holthouse has gone down a lot of dark paths that have found him in the same circles as methheads, neo-Nazis and gang bangers. But it was one anecdote he was a witness to back in 1993 that led to the creation of the three-part Hulu docuseries Sasquatch. As Holthouse explained in episode one, while visiting a pot farm in Northern California in 1993 he was hanging out with a local pot farmer when a couple of farmhands burst into the remote shack and started babbling about finding three workers at a nearby growing patch that had been torn limb from limb in what they insisted was a savage Bigfoot attack. Add to that the fact that sightings of the cryptid were frequent in that part of the state, where dense old growth redwood forest defined the terrain.
This story was rattling around in the back of Holthouse’s head when friend and director Joshua Rofé contacted him with an unusual pitch for a new project.
“I sent [David] a text and said it was the craziest text I was going to send him in five years,” Rofé recalled. “I told him I wanted to find a murder mystery wrapped up in a Sasquatch story and if it exists, pursue it as the next story. He wrote me wrote me back and said, ‘I love it. I’ve got one and will call you in five.’ Then he tells me this story from when he was 23.”

Brooklyn native Rofé, whose previous projects included the 2013 documentary Lost For Life and the 2018 Amazon docuseries Lorena (which he’d worked on with Holthouse), was familiar with Bigfoot the same way “I was with pop culture names like Tom Hanks and JFK.” And while had no interest in the subject, that changed when he tuned into Sasquatch Chronicles, a weekly podcast with 66,000 subscribers that provides a platform for regular people to recount their experiences/sightings. Rofé became quickly hooked. 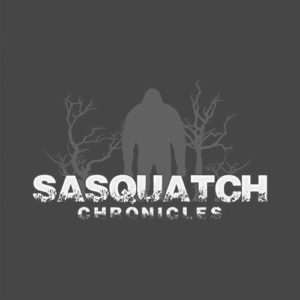 “I listened to one [episode] and then four days later, I’d listened to 11 episodes,” the director said. “I was so taken by the visceral fear that I felt was present in these encounter stories that it was all I could think about for a week. By the end of those seven days, I thought if I could find a murder-mystery wrapped up in a Sasquatch story, that could be something really special. So David Holthouse is someone I’ve been working with for a few years and I knew about his history as a gonzo journalist. If you were me and you wanted to find that type of story, you would call up Holthouse.”

In doing the deep dive into this subject matter, Holthouse and Rofé did their due diligence in reaching out to credible subjects on the topic of Sasquatch and include interviews with James “Bobo” Fay of the Animal Planet series Finding Bigfoot and Professor Jeff Meldrum, a respected anthropologist with the University of Idaho who is an expert on foot morphology and locomotion in primates. Also included is Bob Gimlin, who along with the late Roger Patterson, shot the famed Patterson-Gimlin film, a piece of footage from 1967 that purports to capture a Sasquatch sighting at Bluff Creek in Northern California, not too far off from where Holthouse was 26 years later.

In addition to tapping into the Sasquatch mythos, the filmmakers painted the background of the community in this part of the state known as the Emerald Triangle, a nod to the rich cannabis-growing region that sprang out of the back-to-the-land movement. This happened in the late ‘60s and early ‘70s, when numerous hippies and others relocated to rural areas to pursue a more self-sufficient lifestyle. These counterculture refugees quickly discovered options for monetary sustenance were limited and pot farming was the most lucrative means of support in this remote area. The lure of easy drug money soon found motorcycle gangs and more hardened criminal types moving in to take over the local economy and bring with them a darker and more violent way of life in their wake along with the attention of the DEA. It was in dealings with tracking down ex and current gang members where Sasquatch takes a turn into becoming more of a true crime investigation of drugs, myth and murder. Unlike the more avuncular “squatchers” and hippies that were happy to share their stories, the sense of danger to Holthouse’s well-being becomes palpable as delves into the criminal underworld in pursuit of the truth. The potential for danger was a real possibility according to Rofé and a real challenge in getting this series made.

“A major hurdle was penetrating this criminal underworld that is so closed off to society,” Rofé said. “I don’t take any credit for this. It’s David, his skill as an investigative journalist and his ability to find his way into worlds that people wouldn’t otherwise be able to enter. I felt really concerned about David and he will be the first to tell you that there were times when he wondered if he was going to leave a meet-up alive because he was alone. Nobody would have been able to find him and he couldn’t tell us where he was. It was scary.”

One of the more unique aspects of the series was the use of animator Drew Christie’s images to move the story forward, a route Rofé wasn’t initially in favor of pursuing.
“[Producer] Mark Duplass suggested animation because we were wondering how we were going to represent all this stuff for which there are no photographs or archival footage of,” he said. “I didn’t jump at the idea because I hadn’t been a fan of animation in docs at that point and it just isn’t my thing. [The producers] told me to talk with Drew Christie because they’d worked with him before and said he was an amazing animator who lives in the Pacific Northwest and understands the look and feel of the region. I spoke to Drew and told him what David’s story was. Even though it’s a doc series, this story feels like more of a graphic novel. He went and did his own thing and about two weeks later he sent David animation that told the story from 1993. I’m telling you—I don’t even know if there was a frame change to the final show.”

The twists and turns Holthouse’s investigation takes gives Sasquatch a duality that finds cryptozoology and the criminal underworld meeting at a true crime crossroads. The myths that inform both subcultures are a big part of Rofé’s takeaway in the aftermath of this project.

“I think folklore is something that needs to be taken seriously because if you start to dig into certain stories of lore, there is often something even deeper and darker that’s there if you’re willing to dig far enough,” he said.

Sasquatch is currently airing on Hulu.