When Sammy Davis Jr. drew his last breath at the age of 64 on March 16, 1990, he’d spent an astonishing 61 of those years performing for fans across the world. Credit that to the fact that his father, Sammy Davis Sr., put him on the vaudeville stage at the tender age of 3, making him a member of the Will Mastin Trio in the process. The younger Davis’ career origins and the fascinating life he lived are all explored in Sammy Davis, Jr.: I’ve Gotta Be Me, the latest installment of the American Masters PBS series.

Directed by Samuel D. Pollard (Two Trains Runnin’; ACORN and the Firestorm), this 100-minute documentary holds a mirror up to the complexity of Davis’ life as a famous African-American making his way through a world shifting through times of racial injustice and civil rights struggles. Pollard features footage from throughout his subject’s life, starting with Davis’ film debut as the 7-year-old title character in the 1933 film short Rufus Jones for President. Even at that young age, the Harlem native’s effusive personality and dancing chops only hint at the heights he’d reach later in life. While he was protected from the realities of racism by his father and Mastin, an 18-year-old Davis discovered the hard truth when he served in the United States Army during World War II. Beatings at the hands of his fellow white soldiers were a reality. An anecdote he shared in an archived interview centered on his winning a fistfight with a bully. It was no victory though, after his tormentor used a racial slur and said that Davis was still a loser due to the color of his skin. It was moments like this when the entertainer felt ramping up his considerable multifaceted talents would force people to love him. 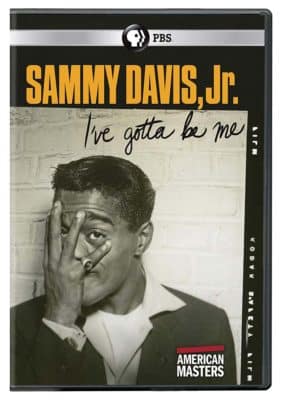 And to that end, Davis excelled, mastering several instruments, regaling audiences with myriad impressions and becoming an accomplished singer. But it was his dancing that truly entranced, as evidenced by the footage from shows he performed in throughout his career, right up to a Motown special shot months before his death, when the late Gregory Hines cajoled him to the stage to engage in a bit of soft shoe.
For this project, Pollard secured interviews with a number of luminaries, including Billy Crystal, Norman Lear, Jerry Lewis, Whoopi Goldberg and Kim Novak. Along with never-before-seen photographs from Davis’ vast personal collection and footage of his performances, with and without his fellow Rat Packers, the complexities of Davis’ life are explored. His literal and figurative embrace of Richard Nixon during a particularly volatile period in history is better understood when put in the context that John F. Kennedy uninvited Davis to his 1960 inauguration due to the entertainer’s recent marriage to white Swedish actress May Britt. Deepening the snub was the fact that close friend Frank Sinatra, who was hosting a huge fundraising gala the day before Kennedy’s inauguration, didn’t stand up for him, which devastated Davis. While Davis was a tireless champion of civil rights, even close friend Harry Belafonte pointed out, “His commitment was never fully recognized historically.”

Despite all this, Davis was insecure, which goes back to the fact that he never attended school due to his commitments performing as part of the Will Mastin Trio. The dichotomy of Davis being a self-described “one-eyed Negro Jew” was perfectly reflected in footage of him appearing before a crowd of black activists defending himself for the aforementioned Nixon embrace. He stated, “Disagree if you will with my politics—good—but I will not allow anyone to take away the fact that I am black” before winning attendees over with a rendition of “I’ve Gotta Be Me” that brought them to their feet.

The DVD is rounded out by the additional special features “Being Black in America,” “Persona,” “Sammy’s Funeral” and “Star.”