Sam Rosen: A Life In Sports

Sports runs deep in Sam Rosen’s blood. Ever since 1984, the German native’s main gig has been as the television play-by-play man for the New York Rangers, a role he took over from his mentor, the late Jim Gordon. His professionalism and approach to this role not only found him being honored for 30 years of service via a March 21, 2014 airing of This One Will Last a Lifetime: 30 Years of Sam Rosen on the MSG Network, a special that ran before a Rangers-Islanders game, but he was also informed by management that he could continue in his current position as long as he wants. No surprise when you consider that the man born Samuel Rosenblum has quite the broadcast background.

Starting out in the news department of radio’s WINS, he then enjoyed stints as a statistician for the New York Knicks before later becoming a regular on-air presence during ESPN’s early years from 1979 to 1988. Having grown up a diehard sports fan in Brooklyn, where he captained and played catcher for his baseball teams at Stuyvesant High School and City College of New York (CCNY), the young sports fan’s allegiances in baseball and football were with the New York Yankees and New York Giants. It would be an announcer of the former who stoked the young Rosenblum’s interest in pursuing a career in broadcasting.

“Growing up a Yankees fan and watching and listening to Yankees baseball, I grew to be a tremendous fan of and admirer of Mel Allen. I just loved his delivery, enthusiasm, energy and excitement that he brought to his broadcast. I always found that very exhilarating to listen to on the radio and watch him on television because he just called a terrific game. Even if it was a slow-moving baseball game, to me he always brought excitement to it,” Rosen recalled. “When I went into the profession, I wanted to make sure people felt the same excitement or exhilaration that I was feeling being there live.”

While Rosen got a taste of the broadcasting world while working at the all-news station WINS as a CCNY undergrad, his on-air debut wouldn’t occur until he crossed paths with future mentor and friend Gordon during his role as the Knicks’ statistician. It’s a fortuitous meeting that the incredibly humble Rosen continues to cherish to this day.

“I think the first time I actually did some live on-air work I was statistician for the New York Knicks Radio Network. Jim Gordon, who was my predecessor on Rangers hockey and was basically my mentor, was doing play-by-play for the Knicks Radio Network. There came a point during the course of the season where he said these were my stats and that I should do them. That’s basically how I started—recapping the stats, giving a brief synopsis of all the statistical information, both at halftime and the end of the game,” Rosen recalled. “Jim to me was the consummate pro. I learned a lot from him. Whatever assignment you gave him, he did it and he did it well. He is who I try to model myself after.”

Rosen got to flex his versatility during the first nine years of ESPN’s existence. With the all-sports network struggling to fill air-time, Rosen handled whatever was thrown at him, whether he was paired with Pro Football Hall of Fame player Paul Warfield as an analyst as one of the network’s college football broadcast teams or being the voice of the College World Series from 1984 to 1988 or covering less-popular sports including women’s field hockey, table tennis Australian Rules football, horse racing and volleyball. 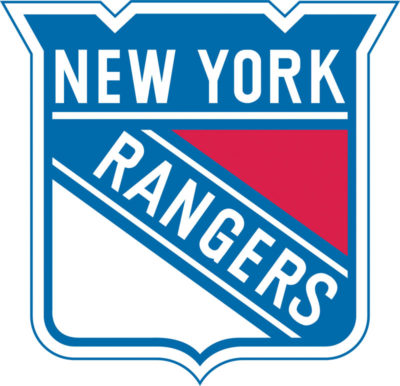 In addition to his current duties with the Rangers, Rosen also does play-by-play for NHL Radio, the NBC Sports Network and The NFL on Fox. His most recent honor came when he was voted to receive the Foster Hewitt Memorial Award and be recognized as a Media Honouree by the Hockey Hall of Fame (HHOF) last year. In addition to being the sole announcer being recognized, Rosen attended the award luncheon with his family and saw his plaque hung in the HHOF.

“To be singled out as [someone whose] done something special is so meaningful and humbling to have yourself chosen from so many outstanding people in our profession. Then probably the most moving moment for me was to walk into the Great Hall at the Hall of Fame and see all the plaques and faces of all the greats in hockey—the players, coaches and builders—and then go into the wing of the writers and broadcasters and walk along and see the numerous great names there. And then to see my name there on the wall—all of a sudden you just get stopped dead in your tracks,” he said. “The Rangers were in Toronto shortly after that to play the Maple Leafs and after the morning skate, I took a walk over to the Hall of Fame just to look at the plaque again to make sure that I hadn’t dreamt it and that it had really taken place. It’s a very emotional time and a very special meaning to have the knowledge that it’s something that will be there for all time.”