Spending time at home has taken on a new meaning these days. For many of us, the home is now also the office and...
Read more
Design & Décor

Interior designer Jenny Tzakas said there are a lot of different trends for the fall season, but there is one trend that sticks out...
Read more
TOP STORIES 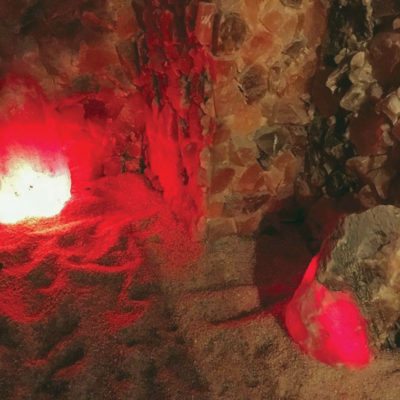 For centuries, Europeans have spoken of the healing properties held within natural salt caves. Speleotherapy is the use of natural salt cave environments to aid in the symptomatic resolution of various respiratory and inflammatory conditions. Halotherapy, more commonly referred to as salt therapy, aims to replicate the environment of natural, underground salt caves in temperature-controlled chambers saturated with ionized sodium chloride.

Halotherapy consists of sitting in a “halo-chamber” whose walls and roof are made of rock salt while inhaling microionized salt in a controlled climate. While there are few scientific studies on halotherapy, anecdotally it has been quite effective at increasing people’s quality of life by reducing symptoms caused by chronic inflammatory conditions. Lucky for Long Islanders, you don’t need to book a ticket to Europe or the Himalayas because the Montauk Salt Cave (MSC) has brought halotherapy to you.

In 2015, Shannon Coppola and her family opened MSC, with the intent of helping as many people as they could through halotherapy. 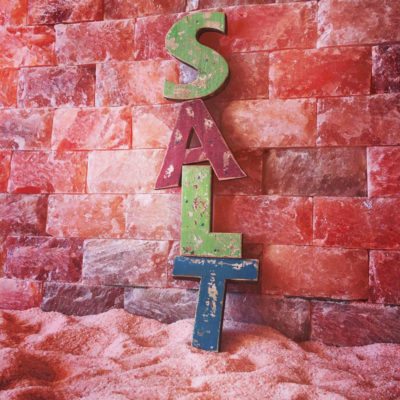 “Our inspiration for building the salt cave was our son, Oliver,” Coppola said. She had her own firsthand experience with halotherapy when her son, Oliver, who suffered from chronic cough and rhinitis, found considerable relief from it. Oliver had previously failed to find resolution with conventional treatments.

On a trip back to her hometown of Clifton, NJ, Coppola was told by a friend to take Oliver to a nearby salt room. He slept through the whole night in the salt room, which was surprising considering his chronic cough usually kept him up nightly. Coppola continued to take Oliver for treatments in the salt room and found that her own eczema, a skin condition which results from chronic inflammation, was resolving as well.

After extensive research and planning, Coppola and her husband Peter opened up MSC in 2015.

For $40, patrons are able to relax while being surrounded by tons of Himalayan rock salt, imported from Pakistan, for 45-minute halotherapy sessions, with ionized salt circulating the cave.

With a growing community of patrons at the MSC, Coppola opened MSC West in Huntington in December of 2016. They noticed that a large percentage of patrons who were visiting MSC in the summer were year-round residents from the Huntington area, and so they decided to open the West branch to accommodate their established client base and reach out to even more people. Between the two locations, a wide variety of other services are offered, including Reiki, yoga, massages and more.

Coppola has received incredible feedback from patrons, including improvement of migraines, allergy symptoms, and breathing and chronic respiratory symptoms, and a decrease in overall malaise. 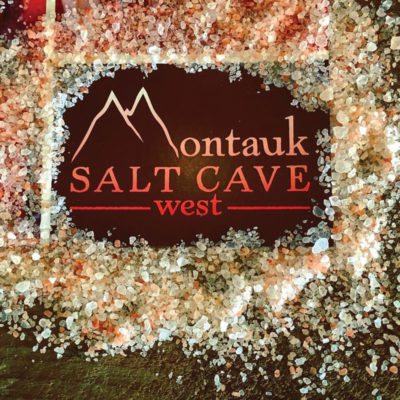 In an attempt to touch even more lives, the Coppola family is currently working on opening a third location in New York City. While the verdict may still be out on the precise efficacy and mechanism of action of halotherapy, there is no denying the relaxing, meditative and transformative effects it can have.