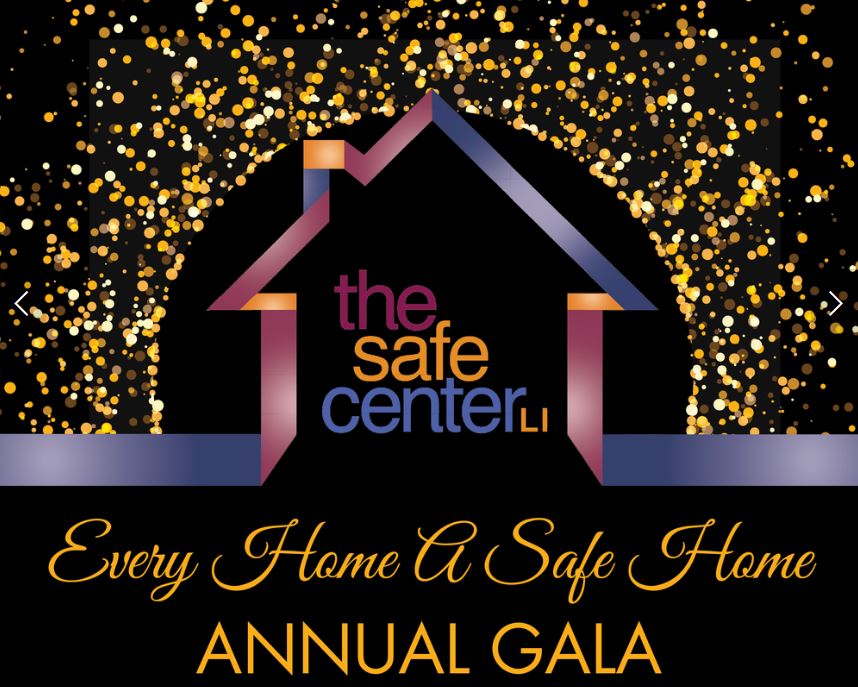 Everyone deserves a place to call home. And the feeling of being safe and warm is a right, not a privilege, a seemingly simple concept that The Safe Center LI has at the forefront of its mission. Created in 2014 through the merger of the Nassau County Coalition Against Domestic Violence (CADV) and the Coalition Against Child Abuse & Neglect (CCAN), each organization has been providing services for victims of abuse for more than 30 years.

The Safe Center’s annual gala will be held on Thursday, Oct. 18, from 6 to 10 p.m. at the Garden City Hotel. It is the organization’s largest fundraising event of the year and according to executive director Cynthia Scott, it is also an opportunity to honor people that support Safe Center LI and its mission or have provided opportunities to help people throughout the community to find a safe place.

“It’s not only about the people that help us, but the people that make Nassau County a better place,” she said of the gala, which will include honorees Angela Susan Anton, publisher of Anton Media Group; Lillian McCormick, community activist and board member and plastic surgeon Dr. Andrew Jacono.

“When we started here in 2015, one of the things we desperately needed because of budget restrictions was the donation of advertising. Angela has provided us with advertising for up to three events per year, and that is incredibly generous,” said Cynthia of Anton. “We are so proud to have this partnership with her, as her papers reach so many people and for her to donate space is just so generous.”

Community activist and advocate for human rights, Lillian McCormick, 93, has been instrumental in organizing the community to help establish the first domestic violence shelter on Long Island in Manhasset in the back of a church.

“She filled cots with people who needed a safe place back when no one was doing that and it took an extreme act of courageousness on her part to take that risk to help people,” said Cynthia of McCormick. “We aren’t allowed to do that anymore, but it has inspired so much of what we do. That’s just the kind of lady she is.”

Lastly, Andrew Jacono, MD, FACS, is a board certified plastic surgeon and global authority in the field of facial plastic and reconstructive surgery. Jacono’s work as a pro bono surgeon for victims of domestic violence has been life changing, as long as the victim has been free of the abuser for several years.

According to Cynthia, abuse does not discriminate and “goes across all cultures and all genders.”

“There could be an untreated trauma that the abuser suffered a long time ago or something as simple as cultural norms, that are completely wrong,” she said. “Every situation is different; it isn’t set in stone.”

Keith Scott, MPP, CASAC-T is the director of education at The Safe Center LI. He spoke on the importance of organizing multiple events throughout the month of October as the Town of North Hempstead has declared October “Domestic Violence Awareness Month.”

“We also work with the other towns with online media and social media to push awareness and to let the people know we are here to help,” he said. “On Oct. 24, we will have a conversations event that will bring people together and bring to light a lot of what domestic violence victims are facing. We will have panelists from The Safe Center, as well as representatives from the Nassau County Police Department.”

Diane Harvey is the associate director of education for the organization and she too, agrees that the definition of abuse is not black and white, even though it is all about power and control.

“A lot of people just think of physical abuse, but there is financial abuse, emotional abuse, sexual abuse, psychological abuse…it’s never just one thing,” said Harvey. “It is controlled by a person over an extended period of time.”

Those who work at The Safe Center are there to do one thing: help. Workers understand that victims might be in an abusive situation currently, and they are trained to handle these situations delicately.

“The #MeToo movement has made people aware that they might in fact be in an abusive situation that previously they might not have recognized was abuse,” said Keith, adding that a lot of the work done at The Safe Center involves going to high schools and colleges to talk about what is a healthy relationship and what is an unhealthy relationship.

While people cannot force others to seek help, the best thing to do is ask them directly if they feel safe in the situation they are in.

“The hotline is the starting point, and after that, if someone decides they want help, we bring them in,” said Cynthia, adding that safety planning is the top priority for The Safe Center. “We have to ask ourselves, ‘if they leave the situation, will they be safe?’ Getting them access to safe housing and away from their abuser is the most critical thing we do. We also help them reestablish themselves, and help them with legal services to protect them in any custody battles, visitations, child support, family law, etc.”

The Safe Center is not just a place for children, teen and adult victims, but pets as well, as the organization has a great relationship with the Nassau County SPCA, who will take any pet for the period of time the client needs to be in the shelter. They can also arrange for a foster family to care for the pet. The organization’s programs also include child advocacy, a 24/7 multilingual hotline, legal counseling, mental health, rape and sexual assault services, emergency and transitional housing, group work services and education outreach.