There aren’t a ton of artists that can boast of having won both an Oscar and a Grammy. But such is the case with singer-songwriter Ryan Bingham, who won both in 2010 for “The Weary Kind,” a song he co-wrote with T-Bone Burnett for the 2009 Jeff Bridges film Crazy Heart. Recorded with his then-band The Dead Horses, it was at a time when Bingham was one of Lost Highway Records’ stable of young and upcoming artists that included Ryan Adams, Hayes Carll and Mary Gauthier. Fast forward six years and the Dead Horses are no more, Lost Highway was absorbed into the Universal Music Group monolith and Bingham is riding high on last year’s Fear and Saturday Night, the second album that he’s released on Axster Bingham Records, the imprint founded by himself and wife/manager Anna Axster. And while the Crazy Heart success was nice, the New Mexico native looks at it as yet another chapter in his life as a rodeo competitor with nary a thought about pursing a music career. 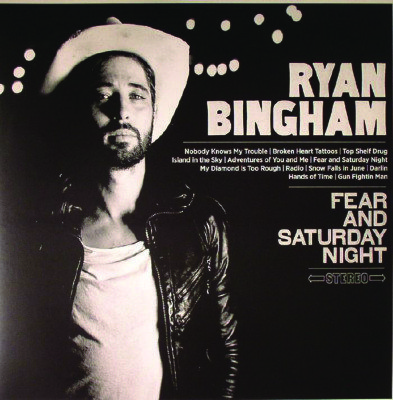 “It was a very surreal moment and it all happened really fast. It was something that came out of left field that I didn’t have expectations of [and] it felt like it kind of changed a lot of people around me more than it changed me,” he recalled. “It was something that I was proud of and I was happy to be a part of, but at the end of the day, that was great but now it was time to get back to writing songs, making records and hitting the road.”

With some more downtime going into the recording of Fear and Saturday Night, Bingham went off the grid and retired to an old Airstream trailer located north of where he and his wife live in Topanga, near the Santa Monica mountains. Remotely located up a dirt road on a 20-to-30-acre spread accessible only by four-wheel drive, the 30-something’s creative ground zero allowed him to write a dozen songs with nothing more than a kitchen, bathroom, an ice chest full of food, books and a guitar to provide any kind of creature comforts.

Drawing from personal experiences ranging from his father’s suicide and mother’s death from alcoholism, to starting a new life with his wife, Bingham came away with 12 richly descriptive songs perfectly served by his well-worn vocal style. Among the raw and emotional musical moments he comes up with are lines like “It’s the power of a choice/To never hear a mother’s tears but to hear her voice” on the closing dirge “Gun Fightin Man.” Or the equally moving allusion to his late father, “Well it didn’t take long, for the pills and the bottom of the bottle/to dig a deep grave with a shovel” on the surprisingly bouncy opener “Nobody Knows My Trouble.” And while these dark times provide fodder for his music, Bingham does keep the mood light with the infectious Tex-Mex workout “Adventures of You and Me,” with its liberal use of squeezebox and dirty slide guitar.

Equally rocking is “Radio,” a number packed with rollicking piano and hefty twang that briefly morphs into a Faces-like stomper. And while you might expect this kind of subject matter to turn Ryan Bingham into a dour and morose artist, he’s instead embraced a healthy approach to the past. 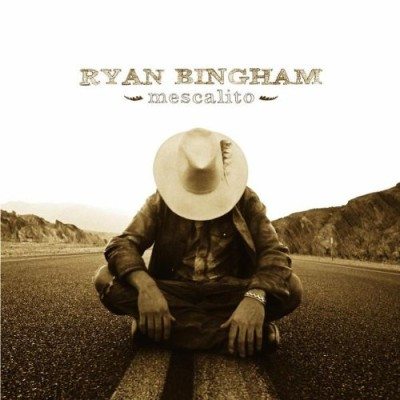 “I put a lot of that stuff behind me. My mother passed away right after my first record, Mescalito. And my father passed away after the Oscars. So I’ve kind of spent my whole career dealing with all that shit,” he said with a laugh. “I figured my father passed away and I took some time off and really kind of dealt with it and got some closure with it so I could really move on from that. With that stuff always really lingering in the background, it was not the most fun part of my life. But I just try to stay optimistic and not ignore the harsh realities of life, but not dwell on them.”

It’s not a bad place to be for a kid born and raised in the Southwest to a ranching family, who had no inclination to go down a musical path. And while Bingham would wind up getting his feet wet playing guitar for his buddies on the tailgate of a pickup while traveling the rodeo circuit, it wasn’t until he discovered a cache of records as a teenager staying with his uncle. It was here that the work of Bob Wills, Bob Dylan and West Texas troubadours Guy Clark and Townes Van Zandt shaped his musical world view.

“I just remember listening to those records and those guys were talking about stuff in songs that people didn’t talk about in songs on the radio. It was this deep kind of stuff,” he recalled “I think it really hit home with me given what I was going through at the time being a young teenager and trying to figure out what going on in the world. I just think I hooked onto those songs and they were really special to me.”

A fan of like-minded independent artists like Spoon, St. Vincent, Jeff Tweedy of Wilco and Dan Auerbach of The Black Keys, Bingham is constantly looking to get better as an artist. And while so much of what he does is tell stories in song, like much of his Americana brethren, commercial radio continues to snub him despite the fact that he’d be considered a country and western artist in another day and age. It’s particularly puzzling to him considering how the genre is being defined nowadays.

“I grew up on country music and what I considered it to be—Willie Nelson, Waylon Jennings, Buck Owens and Merle Haggard. But now, when you tell somebody that you’re a country music musician, a lot of the young kids think of bands like Big and Rich and Florida Georgia Line where they’re just singing about chicks, trucks and beach parties,” he pointed out “For one thing, I’ve got a lot more respect for women than to write about them like that in a song. Second of all, it’s not really anything I stand for. So when you get kind of categorized on that level with just the meaning of the music and maybe the stuff that you’re writing about, that’s the part that can be discouraging.”

Ryan Bingham will appear on Feb. 6 at the Music Hall of Williamsburg, 66 N. Sixth St. Williamsburg. For more information, call 212-486-5400 or visit www.musichallofwilliamsburg.com.