RTX: The Crossroads Of Gaming And Animation

In 2011, the company Rooster Teeth opened its doors to about 200 people, who were given a tour of the company’s facilities in Austin, TX. Each person also received a special T-shirt and was given a chance to take part in one of their many shows, Immersion. This event was known as the Rooster Teeth Expo (shortened to “RTX”), and it was deemed successful enough to make it an annual event.

Six years later, the location has moved to the nearby Austin Convention Center and attendees were estimated to be around the 65,000 mark this year. The convention’s slogan, “Where gaming meets the Internet,” best sums up what Rooster Teeth is about. In 2016, Tech Crunch described the event as “[South by Southwest] meets Comic Con,” as fans who attend get to take part in exclusive panels on topics including pop culture on the Internet and gaming, along with participating in meet and greets with game developers, Rooster Teeth employees and famous web personalities. This year’s RTX was bigger and better than ever, with many special events taking place along with the usual fare that has made the convention such a popular destination for people from the surrounding Texas area, around the United States and even from overseas.

Events kicked off on the night of July 6, where people in attendance witnessed the Season 2 premiere of Rooster Teeth’s award-winning show, Day 5, which follows the survivors of a world struck by a fatal sleep epidemic. Fans also got to meet and question some of the people behind the show including Jesse C. Boyd (Jake), Walker Satterwhite (Sam) and Stephanie Drapeau (Ally). 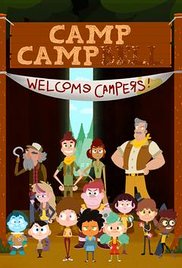 July 7 marked the first full day of the event, and it was jam-packed with all sorts of amazing events. That Friday, fans and media were able to attend panels about a number of Rooster Teeth shows including RWBY, Camp Camp, Immersion, Achievement Hunter, Funhaus and Smosh Games. There were also signings for fans who got memorabilia autographed and pictures taken with a number of show personalities and cosplayers, ranging from Jessica Nigri (cosplayer and RWBY) and Meg Turney (cosplayer and RWBY) to Benny Potter (Comicstorian) and David Moss (Smosh Games).

In a sign that Rooster Teeth is expanding beyond its gaming subculture, it was announced before the festivities began that actor/director Andy Serkis (Planet of the Apes) and four-time Academy Award-Winning Senior VFX Supervisor Joe Letteri (Planet of the Apes) would be appearing as keynote speakers. To coincide with their appearance, RTX attendees got to see an exclusive screening of War for the Planet of the Apes at the Paramount Theater a full week before the movie was released to the general public.

Saturday and Sunday were highlighted by RTX’s Animation Festival, a two-day event that was started the previous year in order to allow attendees to meet people working in the field of animation on the Internet and on television. The event was highlighted by Netflix showing off exclusive episodes of their new animated show based off of and named after the hit video game series “Castlevania” and by Adult Swim screening episodes of their new show Apollo Gauntlet. There were also panels and screenings promoted by companies such as Cyanide and Happiness, How it Should Have Ended, MondoMedia, TheOdds1Out and many more. Attendees also got to interact with people who were in the field already and teaching those about what it took to be in it, including writing for animation, 3D modeling and much more.