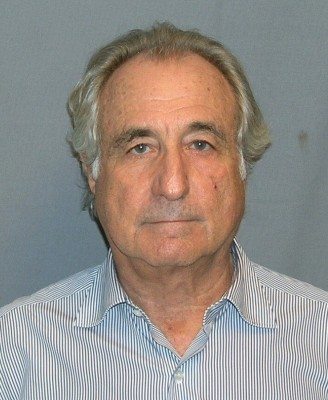 In an early scene, Bernard Madoff (Richard Dreyfuss) and his wife, Ruth, (Emmy Award winner Blythe Danner), are hosting a family gathering at their Montauk home, a property the Madoffs purchased in 1979, according to Erin Arvedlund’s Too Good to be True: The Rise and Fall of Bernie Madoff (Portfolio, 2009), a book which recounts many of the scenes in the movie. Arvedlund also explores how Bernard, a Hofstra graduate who grew up in Laurelton, Queens, and Ruth Alpern, first crossed paths. They met at Far Rockaway High School and married in 1959. Indeed, Bernard Madoff’s Wall Street career began with a $50,000 loan from Ruth’s parents in 1960, Arvedlund writes.

ABC’s Madoff, however, is set in the 21st century because its source material is The Madoff Chronicles (Hyperion, 2009). The book was written by Brian Ross, ABC’s chief investigative correspondent.

Chatting with another couple while having lunch with prospective investors in Madoff’s money-management firm, Ruth Madoff also mentions in another scene that her two sons, Mark (Tom Lipinski) and Andrew (Danny Deferrari), graduated from Roslyn High School. Both of them did just that in the 1980s. If you want to learn more about Mark Madoff, Stephanie Madoff Mack’s The End of Normal: A Wife’s Anguish, A Widow’s New Life (Blue Rider Press, 2011) is a good place to start.

The details of the now 77-year-old Bernard Madoff’s rise and fall are familiar to anyone who paid attention to the news in December 2008, when Madoff’s Ponzi scheme unraveled amid a global economic crisis. But even for those familiar with the tale there’s plenty of drama as part one of the two-part mini-series concludes this evening. The Academy Award-winning Dreyfuss convincingly shows how Madoff believed the Securities and Exchange Commission (SEC) was only days away from finding out the secretive enterprise he’s running in The Lipstick Building’s 17th floor, in mid-town Manhattan, is an epic fraud which would eventually ruin lives worldwide. I saw the first part of the film last week at its world premiere, at New York University (NYU), and wished they would have shown part two at the same time. Few, if any, of the attendees would have left NYU’s Skirball Center for the Performing Arts had they done so.

Madoff’s most effective narrative device emerges through Dreyfuss voiceovers, as the film’s protagonist explains how to win people’s trust, and to exploit the all-too-human need to be part of an exclusive club. Madoff was not only giving you great financial returns; he was affirming you’d achieved a certain level of social status.

Yet keeping up appearances had to be emotionally exhausting for the real-life Bernard Madoff, as Madoff shows, with an aggressive antagonist, Harry Markopolos (Frank Whaley), telling anyone who would listen that Madoff’s investment returns were akin to a major league baseball player posting a batting average of .960. It was not possible. Markopolos repeatedly brings his findings to an uninterested SEC, a federal agency depicted in a harsh light throughout part one of Madoff.

There is even some levity thrown into the film’s mix as Madoff’s employees on the 17th floor need in one scene to create from scratch financial files from 1991, a tall order in the 2000s even for people who spent their careers cooking the books. Nonetheless, the simple lesson Bernard Madoff gave everyone is that, in this world, there are no secrets, only time delays.