When Rodney Crowell shares who his favorite songwriters are, you’re not going to end up with a casually thrown together list.

“What? You want me to name three…I can’t do it,” he said. “You can just end with a series of little dots at the end of this.”

As someone who has had a hand in writing and recording a quintet of number one Hot Country songs, won a pair of Grammys and penned tunes for and produced other artists, the deep wells of inspiration Crowell has drawn from over time are no surprise, given his extensive creative background.

“After the first time I heard ‘Bringin’ It All Back Home’ all the way to now, there’s always something in it for me. I would say he is the most electrified poet that we have. There is plutonium in his early work ‘It’s Alright Ma, (I’m Only Bleeding),’ ‘Mr. Tambourine Man,’ ‘Ballad of a Thin Man” all the way up through ‘Things Have Changed.’ He would be number one.”

“That’s the first music I heard in my childhood. He was on the radio and we also had a little record player that I could crawl around on the floor when I was four going on five and we had those Hank Williams 78s on singles. It was the music I heard and practically the only music I remember from age 3 to age 6, when Elvis came along.”

“Chuck Berry’s Great 28 is the finest poetry. Dylan had a certain kind of poetry that we all marveled at. Chuck Berry’s was more concise and about being a teen. If you look at ‘Maybellene’ right up through ‘Nadine’ and all those great Chuck Berry songs—he never used soft rhymes and it was really inventive. Without ‘Maybellene,’ I don’t think you get ‘Subterranean Homesick Blues.’ Dylan and Hank would share the top with me, but I’d put Dylan first because I think Chuck got lazy. But when he wasn’t, it’s timeless.” 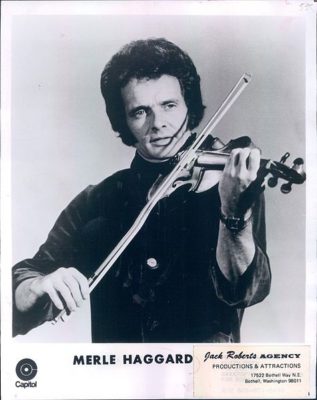 “Merle’s songs are really close to me. Most of my warm-up songs are Merle Haggard songs from the mid-1960s. It was country music but poetic in the same way. Hank Williams had, ‘I Can’t Help It If I’m Still in Love With You’ and along comes Merle Haggard and he writes, ‘Today I Started Loving You Again.’ They are equally powerful in terms of their simplicity—the broken heart.”

“I was close to him and I learned so much from him. I learned about self-editing from him. Of all the songwriters I know and their work, his is the most thorough job of self-editing of anyone I know. He’s just great. I always called him his own Maxwell Perkins.”

“For me, his work got better as he went along, which is what I want for myself. The last few records he made are two of my favorites—Old Ideas and You Want It Darker. Without being needy, he was probably the most generous performer that I’ve ever seen and without being manipulative about it. He was actually kind of stoic in his generosity. He walked a fine line that really moved me.”

The Lyrical Genius That Is Rodney Crowell