James Brown may have rightfully been known as the hardest-working man in show business, but if there’s anyone who’s been sharing, and now carrying on that mantle, it would be guitar-playing singer-songwriter Warren Haynes, who has earned himself numerous career highlights. Best known for being recruited by his old boss Dickey Betts to hold down the other guitar slot when the Allman Brothers Band relaunched for its second act in 1989, Haynes had worn many other hats since that time. He’s a founding member of favorite jam-band power trio Gov’t Mule, a partner with his wife in the Evil Teen label imprint she founded, has a long-running association performing with Phil Lesh, Bob Weir, Bill Kreutzmann and Mickey Hart as a member of The Dead and has logged countless guest spots recording with a mind-boggling list of artists. And somehow during all of this, the Asheville, NC native has found time to somehow keep a respectable solo career going dating back to his 1993 debut, Tales of Ordinary Madness. 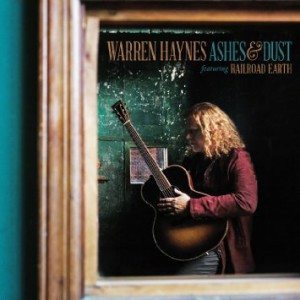 Speaking from his home in Westchester County, Haynes is getting ready to hit the road with Railroad Earth, who were the band for his latest outing, the self-produced Ashes & Dust. With this only being his third solo studio outing (the follow-up to 2011’s Man in Motion), he admits his approach to this part of his carrier is fairly deliberate. 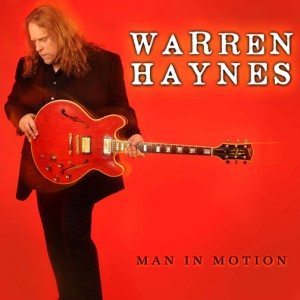 “I really only make solo records when I feel like I’ve written a bunch of songs in a similar direction that don’t really seem like Allman Brothers songs or Gov’t Mule songs. My last solo album was Man in Motion, which is kind of soul music meets blues,” Haynes explained. “The songs for Ashes & Dust are ones that I’ve been writing my entire life and I’ve been writing a lot in this direction recently, so I felt like it was time to start recording and documenting a lot of these songs. Ashes & Dust is like folk-inspired, kind of a singer-songwriter record but with a lot of playing and improvisation. But it is very much more about the songs and my voice and surrounding my electric guitar with acoustic instruments, which is more the way these songs were written.”

Indeed, Haynes and Railroad Earth serve up a pretty varied stew of songs that range from “Stranded in Self Pity,” which has a klezmer-like buoyancy applied to it thanks to some infectious clarinet and piano accompaniment, to the western-inspired “Glory Road,” with its mention of gunslingers, saddlebags and downtown ladies gets sprinkled amid crying fiddle and trilling mandolin. Elsewhere, he applies some biting slide guitar to a old-time music reading of Billy Edd Wheeler’s “Coal Tattoo” that’s punched up by Andy Goessling’s banjo playing and the self-penned “Company Man,” a tale of layoffs and economic uncertainty with enough unforced country music nuances to it that would bode well for anyone not trying to be the next Taylor Swift or Rascal Flatts. About the only hint of conventionality on this recording is a simmering cover of Fleetwood Mac’s “Gold Dust Woman” given a Celtic twist that features Grace Potter reprising her role from when the two had performed it together on the road. 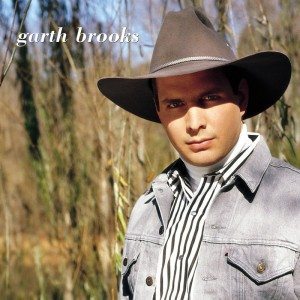 A southern kid who grew up an Atlanta Braves fan playing Little League baseball and once pitched against Cal Ripken Jr. when he was 13-years-old, Haynes’ baptism by fire came when he was 19 and recruited to play in the band of noted honky-tonk hell-raiser David Allan Coe. During this time Haynes wound up meeting Betts and Gregg Allman through their friendship with Coe. Haynes’ entry into the country music world wound up finding him co-writing “Two of a Kind, Workin’ On a Full House,” a song Garth Brooks caught wind of and wound up taking to the top of the country charts in 1991.

And while the Allman Brothers Band called it quits last year, Haynes’s creative card continues to be full starting with a tour that finds Railroad Earth backing him on a set list that’s a mix of material off the new album, Allmans and Gov’t Mule gems and the odd Little Feat and/or Brooks cover. It’s a pace Haynes has gotten used to in this post-Allmans world.

“[Post-Allmans life is] about the same. I’m really busy—a lot of touring and a lot of recording,” he said. “Gov’t Mule was really busy up until fairly recently. It’s nice to have a little bit of time at home, but my schedule gets pretty hectic as of this tour.”

Warren Haynes will be appearing with the Ashes & Dust Band and special guest Justin Townes Earle on Wednesday, Oct. 7 at The Space at Westbury located on 250 Post Ave. For more information, call 800-745-3000 or visit www.thespaceatwestbury.com.