Rock And Roll Is Alice Cooper’s Fountain Of Youth 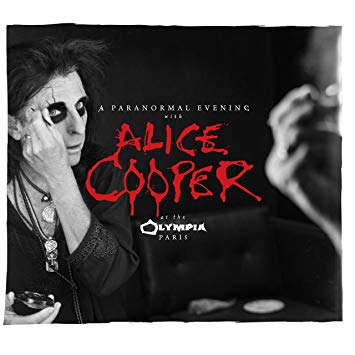 Alice Cooper is 70 years old, and while there are those who may cling to the idea that it’s better to burn out than to fade away, the man born Vincent Damon Furnier has no intention of doing just that. He’s just released his latest album, A Paranormal Evening at the Olympia Paris and is out on the road regaling his fan base with a combination of theatricality and hard rocking music that set the tone for everyone from David Bowie to Guns N’ Roses.

The double-CD set features plenty of classics including “Under My Wheels,” “Billion Dollar Babies,” “I’m Eighteen,” “Only Women Bleed” and “School’s Out” all delivered by Cooper’s current band that includes guitarist Nita Strauss and drummer Glen Sobel. It’s quite a different experience from when Cooper released his first live album in the late 1970s. 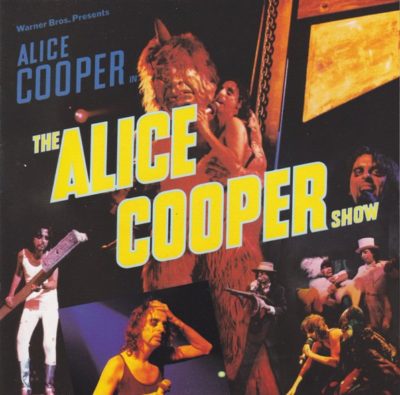 “I’m very critical about how we sound on stage. I’ve had so many different bands and everybody is sort of hand-picked. I’m always really nervous about live albums. This one kills me it’s so good. I listened to the whole thing with my mouth open going ‘Wow.’ I called Bob Ezrin and asked if he mixed it. He said yeah and I said I could hear every single thing on the album. And the energy on it is like the show. The energy is so up on the album,” he explained. “I hate our first live album, the one from Vegas [1977’s The Alice Cooper Show]. It was a very bad time. It was the end of that tour and I was really ready to go into the hospital with alcoholism. It was a really dark place for me. That band on that first album was amazing because I had Steve Hunter and Dick Wagner. It was just the time period and I don’t think my performance in it was any good. I was tired after two years of touring. If we had done the album in the middle of the tour, there would have been a lot more energy in it.”

Clean and sober for roughly four decades, Cooper has shown no signs of slowing down, most recently playing the part of King Herod in NBC’s live performance of Andrew Lloyd Weber’s Jesus Christ Superstar that aired on Easter Sunday earlier this year. It was a part he was delighted to play and customize, particularly after chatting about it with longtime friend and the musical’s lyricist Tim Rice.

“I did the live album about 15 or 20 years ago. I’ve known Tim Rice for a long time and he said that he wanted to redo the original cast album and redo the Herod song especially. He said that he needed me to give it more venom. He thought it needed the Herod character to be more dangerous, because in the Bible, he was one of the worst guys ever,” Cooper explained. “But they always played him as sort of a roly-poly idiot. I said that we should play him like Alan Rickman and make him really stink of arrogance, be condescending and so self-absorbed that he’ll think this whole musical is about him. Right before the show during rehearsal, [Tim] said as close as it is to a rock concert, the better it’s going to be. To me, I was the only one up there that this felt very natural to. I had the song, the lyrics and the stage and I do this every night. It was just a different song with a different prop, that’s all.”

As someone whose earliest musical memory can be traced to an uncle who owned an illegal pool hall in Detroit and who turned a 6-year-old Furnier onto rock and roll by way of a Chuck Berry 45 of “School Days,” hearing the Beatles in the early 1960s proved to be the tipping point for Cooper becoming an entertainer.

“I was basically painting a house in the summer of 1963 or 1964. The radio was always on Top 40 because then we were [listening to] The Beach Boys and the Four Seasons. All of a sudden I heard, ‘She Loves You’ by the Beatles and I stopped in my tracks and said, ‘What was that?’ I’d never heard of the Beatles. I had no idea that they had long hair or they were from England. All I knew was that this song was really exciting. And then about an hour later, I heard ‘Please, Please Me’ and then another hour later I heard, ‘I Want to Hold Your Hand.’ I couldn’t understand what the hell was going on and I wanted to know who these guys were,” he recalled. “Then I saw a picture of them and saw the reaction to them and I immediately knew I had to do this. I found guys at Cortez High School—my best friends in fact—all on the track and cross country team. That summer, one learned to play bass, one learned to play drums and I started to be the singer. By the next year, we were doing parties, playing four or five songs and never expecting to get into the Rock and Roll Hall of Fame.”

For the foreseeable future, the Michigan native is confident that rock and roll will continue to be his elixir of youth.

“I think I picked the right music because hard rock has always been the one music that will not go away,” Cooper said. “There are kids in a garage right now learning Kinks songs, which I think is great. It’s too much fun to play this kind of music. I’m surprised at 70 that I never get tired of that Pete Townshend power chord. To me, that is what it’s all about.”

Alice Cooper will be appearing on Sept. 6 at the Beacon Theatre, 74th Street & Broadway, NYC. For more information, visit www.thebeacontheatre.com or call 866-858-0008.