Robert Klein has been in the business of making people laugh for quite some time. The lifelong New Yorker splits his time between Westchester and Manhattan, but has been around Long Island his entire life. When he makes his return to the comedic stage at NYCB Theatre at Westbury, he will be joined with comedian Rita Rudner, and plans on eliciting more than a few chuckles and guffaws.

“After all these years, I think I’m still a well-kept secret. My reputation is from appearances and a lot of talk shows,” said Klein, who studied at Alfred University and the Yale Drama School and has enjoyed an acclaimed career in comedy, Broadway, film and television. “I didn’t know anyone in the business, I had no connections—my father was a textile salesman and my mother was a medical secretary—and my big break was The Second City.”

The improvisational comedy enterprise, which is based in Chicago, paired Klein with Fred Willard, another famous face in comedy. On Broadway, Klein’s first gig was The Apple Tree, before earning a Tony nomination in 1979 for Best Actor in a Musical for his role in They’re Playing Our Song.

Many may recognize Klein from movies like How to Lose a Guy in 10 Days and Two Weeks Notice or from his role on Mysteries of Laura as Debra Messing’s father, which was canceled after two seasons.

“It was incredibly fun, my time on Mysteries of Laura and Madam Secretary. They’re all done in Brooklyn or Queens and it was great fun,” he said, adding that he is extremely excited about his upcoming show at Westbury. “It’s going to be funny, and I’m there with Rita Rudner, who is tremendously funny and classy. I haven’t performed at Westbury in a few years but I’ve performed there several times. I love that the stage turns and if it’s going at the exact pace, you don’t grow older. It’s physics.”

After more than 48 years, Klein has written 12 hours of material over nine HBO specials and four albums. His subjects include everyday life and American politics and he never knows what he’s going to do, so the opportunity to improve material is always there.

“I count my show business career when I reported to The Second City in 1965 with Fred Willard. I’m better than I have ever been,” said Klein, who always tries to do a full show with music. “HBO is a good representation of what I do. The first one, which was revolutionary, they never censored one word I ever said.” 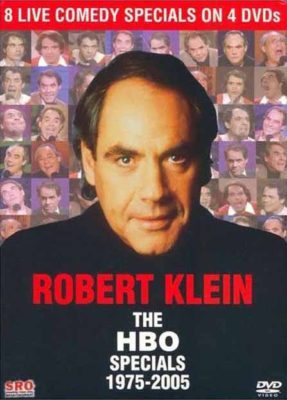 Of his comedic influences, Klein said that Rodney Dangerfield was the one who recommended him to the best comedians in the business. He said that Dangerfield’s technique influenced him and that he served as Klein’s Yale Drama School for comedy.

“He wrote his own material and his crafting of jokes was second to none. He created a tremendous career late in life so I learned a certain amount about tenacity and technique,” said Klein. “He was a remarkable person and one of the best American comedians of all time.”

Among the comedians Klein has influenced, the list includes Jay Leno and Jerry Seinfeld, who considers Klein his idol.

“I’m very flattered about that; he’s a nice guy. I remember him when he was a kid on the road,” said Klein, adding that he and Seinfeld starred in the latter’s series, Comedians in Cars Getting Coffee, together. “I like [Stephen] Colbert and [Jon] Stewart, but since they’re off the air, I like Samantha Bee, James Corden, Lewis Black and Louis C.K. I’m afraid some comedy is too generational for me. The dynamics are so different, but funny is still funny and comedy will go on.”

Klein is honored to be the subject of the new documentary, Robert Klein: Still Can’t Stop His Leg. The film received a great response at the Tribeca Film Festival and SXSW (South by Southwest). The Harvey Weinstein production is currently being passed around networks, and Klein is hoping for a theatrical release.

“It’s a wonderful movie and I’m the subject,” he said. “It’s surreal watching the documentary because this was truly something else. I couldn’t help but be incredibly flattered to be considered important enough to be a subject in this.” 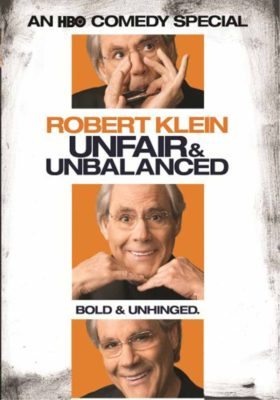 Robert Klein: Still Can’t Stop His Leg, is written and directed by Marshall Fine. The hour-and-a-half comedy documentary takes a hilarious and heartfelt look at Klein’s legendary career and his comedic influence. Interviews from Jerry Seinfeld, Billy Crystal and Jay Leno are also featured in the special.

“The only thing that makes up for old age is accomplishment and affection from the audience,” said Klein. “The thanks yous and laughs are what matters. At 74 years old, I enjoy working and completely retiring is not something I think about.”

Robert Klein and Rita Rudner will perform on Nov. 3 at 8 p.m. at the NYCB Theatre at Westbury. For tickets and more information, visit www.thetheatreatwestbury.com.