A heightened sense of uncertainty throughout the world is emboldening phone scammers.
Read more
TOP STORIES

According to the Center for Disease Control (CDC), more than 64,000 Americans died from drug overdoses in 2016, including illicit drugs and prescription opioids—nearly double in a decade. It’s a statistic that really doesn’t surprise Ricky Byrd, himself a recovering addict who has been clean for three-plus decades. As a former member of Joan Jett’s Blackhearts, Byrd lived the life of rock and roll excess and in the process, has been striving to help people stay clean through his nonprofit Clean Getaway organization, which brings awareness, prevention and addiction resources to those suffering from drug and alcohol dependence through the healing power of music. It’s primarily accomplished through concert events, music outreach sessions and early education and prevention programs. The latest step the Bronx native took was to release last year’s Clean Getaway, a dozen songs whose lyrics were inspired by some of the stories Byrd heard at recovery music groups he’s led at various treatment and detox facilities around the country.

“We have this saying in recovery that you’re given the gift of desperation, meaning that’s when you start to get that [message of] surrender in your brain. It’s been a long time for me, man. I get the gift of desperation when I go listen to other people that are just coming into the rooms—community support groups or at these treatment facilities. They are the ones that gave me the honesty to write the lyrics. They brought up stuff that I hadn’t thought about in a while,” he explained. “I look at this as a self-help book with a rock and roll backbeat. I tell people that if you’re struggling, this is a great album for you. If you’re in recovery, it’s a great way to look at yourself and see how far you’ve come. If you’re just a rock and roll fan, it’s just a cool rock and roll record. I’m really proud because it seems like its helping. It’s one tool. We’re in the middle of the worst opioid epidemic in American history and I’m just trying to be a part of the solution. We know music heals and my little bit is to do this.” 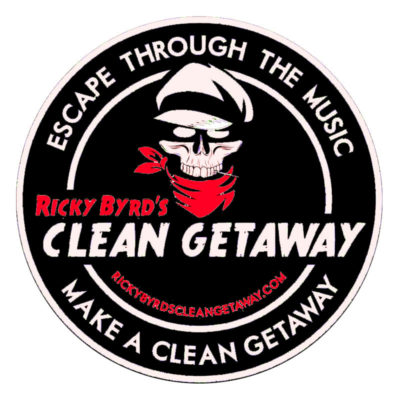 With the exception of a cover of Paul Revere and The Raiders’ “Kicks” that opens the album, Byrd wrote 11 originals with some cowriting help from longtime friends Richie Supa and Mark Hudson, both of whom have worked with the likes of Aerosmith, Ozzy Osbourne, Ringo Starr and Cher. The sound draws from Byrd’s longtime musical influences ranging from the blues of “Clean Getaway” and the George Harrison-flavored jangle of “Better Days” to the Faces-flavored shuffle “Paranoid” and the Chuck Berry-flavored vibe of “I Prefer Wakin’ Up… To Comin’ To.” Lyrically, Byrd doesn’t pull any punches, singing about backsliding and being far from the man he once was (“High Wire”), hitting rock bottom (“Addicts Prayer”) and how “…surrender is the only way to win.” (“Broken Is a Place”). The latter is a message Byrd is well familiar with, having finally gotten sober on Sept. 25, 1987.

“From 30 to 31 was the worst year of my life for that, because that was when I finally took a hard look and saw that I couldn’t stop. I have my diary from that year and I would write that I wasn’t going to get high on that day and then I’d say I was starting that night. It went on all year until I surrendered and hit it,” he said. “I was always negotiating with myself. I was on an out-of-control train going off the tracks. By the time 1987 rolled around, I was just done. I couldn’t do it another day, so I reached out and asked for help.”
Byrd’s commitment to helping found him recently becoming a certified recovery coach and a drug and alcohol counselor in training after attending classes for four days a week for four months. In conversation, his combination of real-world experiences and the clinical knowledge he’s gleaned has Byrd explaining the importance of parents cleaning out their medicine cabinets of unused pain meds, reducing the stigma attached to addiction and advocating for yourself at the doctor’s office, particularly given how the current opioid crisis has its roots in over-prescribed pain medication. Along with giving copies of Clean Getaway at treatment facilities where he’s leading musical recovery groups, Byrd is hoping to start up a town hall series where panels made up of local law enforcement officials, clinical experts and people from the music business or sports world who are in recovery can talk about prevention and various recovery options.

“The message that I’ve been getting from people who have left treatment and are still chugging along in recovery is that the music has really helped with their sobriety and they listen to this record. It’s become the soundtrack to their recovery,” Byrd explained. “Getting back to the beginning, the fact that I’ve been given this gift of sobriety for the last 30 years after an 18-year run of insanity—my responsibility is to turn around and find people that are caught in that dark hallway between denial and surrender. When they reach out to me from recovery, it’s my responsibility to lead them to the water, so to speak. So all of those things add up to what I’m doing now.”

Visit www.cleangetaway.nyc to find out more about Ricky Byrd and Clean Getaway.