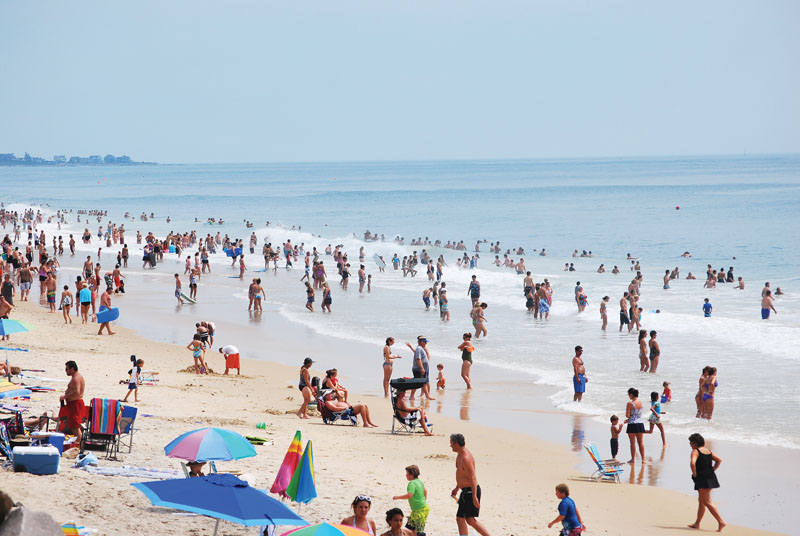 Rhode Island—”Little Rhody”—is a small state with a big history. Rhode Island was the first colony to declare its independence from the British Crown on May 4, 1776, two months before the formal document was presented. After the Revolutionary War, it was the last state to ratify the Constitution. Ever since then, Rhode Island has continued to make its mark on the nation’s history. Its founder, Roger Williams, is one of the key figures in the history of religious freedom in the United States. Banished from the Massachusetts Bay Colony in 1636 for his religious beliefs, Williams moved slightly east and founded the Providence Plantation, which later grew into the state of Rhode Island.

This little state is one of numerous other “firsts,” many of them instrumental in the rise of the United States.

The Slater Mill in Pawtucket is considered the birthplace of the Industrial Revolution in the United States. It was the first commercially successful cotton-spinning mill with a mechanized power system in America.

Williams played a major role in the formation of religious freedom in the United States. And so it is fitting that the first Baptist Church in America was founded in Providence in 1638. In addition, the Touro Synagogue, the first synagogue in America, was founded in Newport in 1763. That synagogue made history when George Washington visited it on Aug. 17, 1790 and gave a stirring speech declaring that the nearly-formed nation “gives to bigotry no sanction, to persecution no assistance.” 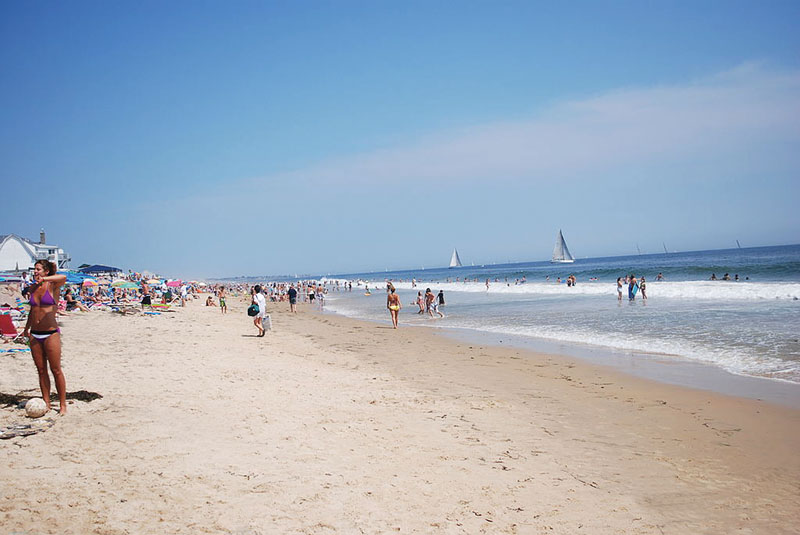 Rhode Island isn’t called The Ocean State for nothing. Miles and miles of beautiful beaches are the state’s greatest attractions. Rhode Island journalist Laury Coleman has given an extensive rundown on Rhode Island’s top beaches.

Coleman added that families can purchase a season beach pass at the entrance booth of any state beach during operating times, or at the Division of Parks and Recreation Headquarters located at 1100 Tower Hill Rd., North Kingstown, Monday through Friday 8:30 a.m. to 4 p.m. during the summer season.

Coleman maintains that the best beach for children is Galilee, aka Salty Brine State Beach, in Narragansett.

“Galilee, located in a small, picturesque fishing port, has everything a visitor with children could want in a beach,” she writes. “There are few things more thrilling than watching the fleet of trawlers and yachts return with the day’s catch, passing within yards of where you’re swimming at the beach. You can fish from the rocks, then walk down to the docks to see the day’s catch unloaded and processed. The beach is located inside the Harbor of Refuge, so the surf, if any, is very gentle, the slope is gradual, and the sand is soft, yet firm.” 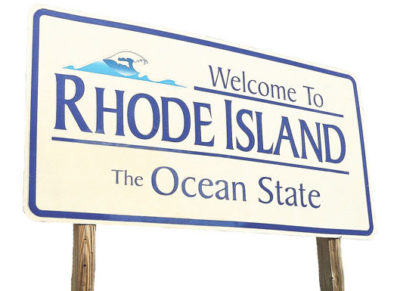 In addition, the top beach for “beating the crowds” is East Beach, Charlestown.

“East Beach has no nearby parking areas and has only a tiny parking lot of its own that holds 100 cars,” Coleman notes. “You must arrive ridiculously early, get lucky, walk far, or go late. Attendants will not allow anyone to wait for a parking space to open up, but arriving after 3 p.m. (after 4 p.m. on Sundays) will usually get you a spot. Once inside, you’re in for a treat. East Beach is part of a beautiful, three-mile-long barrier beach that protects Ninigret Pond from the Atlantic Ocean…If you have children, instead of heading to the beach itself, walk to the opposite end of the parking lot to the shore of Ninigret Pond. There is another small beach there, although unlike East Beach, there are no lifeguards. The pond is shallow—only a couple of feet deep as far as 100 feet from the shore—and the water is warm.”

“Goosewing is a nature conservancy property, a farm that sweeps down a hillside to the sea,” she writes. “Goosewing can be accessed only through South Shore Beach, Little Compton’s adjoining town beach. A big advantage to South Shore is that you can back your car right up to the beach itself, walk over a five- to six-foot strip of large beach stones, and plunk all your gear on the sand. The sand is generally only wide enough for one blanket, so you won’t have anyone in front of you or behind you. This is great for watching children play in the water…Swimming is usually excellent at South Shore.” 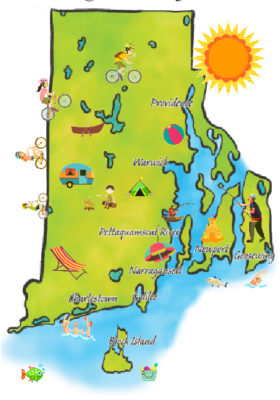 “Narragansett Town Beach also doubles as the best beach for surfing,” Coleman writes. “You can even take surfing lessons here…The walkable portion extends from the mouth of the Pettaquamscut River to the north to the wall of Narragansett Pier to the south. It’s a long, flat, smooth crescent of sand. Although it passes private beach clubs and homes, in Rhode Island all land below the mean high tide line is public land…There is much to look at while walking this beach, from the surfers along the pier side to the Rhode Island celebrities that might be spotted on the sand at The Dunes Club. You can watch ships enter the bay or admire the beautiful architecture that lines the shore. It’s also a great beach for swimming.”

If we had to choose just one beach as the best, this long, perfect sweep of sand just outside Old Harbor would be a worthy choice,” she writes. “The surf ranges from modest to magnificent. The sand is white powder, silk underfoot, both on the beach and in the water. At one end of the beach is a picturesque, Victorian-era seaside town. At the other are dramatic bluffs. Along the back of the beach are classic New England sand dunes. The water is usually crystal clear, and it’s less crowded than most other Rhode Island beaches.”