As fall begins, time to update some of the bigger local retail stories from the summer.

Sun-Vet Mall in Holbrook was recently acquired by Syosset-based Blumenfeld Development corporation. The 50-year-old mall has been in a downward spiral for years and is currently occupied only sporadically. It was originally anchored like its sister property Nassau Mall in Levittown  by Rickels Home Center and Pathmark (same company) at each end. Both are long gone , however, Nassau Mall underwent a major development almost 15 years ago and is booming as a transformed Power Center. With the recent reboots at Sayville Plaza and Gateway Center in Patchogue, could Sun-Vet be on the outside looking in? Only time will tell.

Congratulations to Garden City’s own Leon Protano on the 25th Anniversary of his BUGBAN INC, extermination company. Protano has been active in the community for a long time and recently launched Caterina Landscaping. Good to see local businesses thriving. Protano can be reached at 718 380-0075. 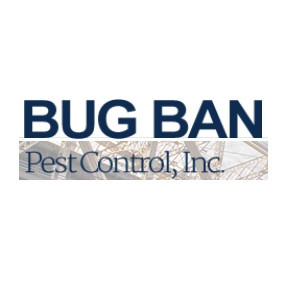 Breslin Realty has been busy of late, first with their heritage property, Franklin Plaza in Franklin Square and The Mews in Levittown. Franklin Plaza was the first shopping strip for Breslin almost 50 years ago and was considered groundbreaking because it was built on a north/south artery. At the time,  other centers were primarily built on East/west arteries. Original anchor King Kullen closed in July and was replaced by Holiday Farms. The latter recently had its grand opening and will provide produce, meats, deli and more to local shoppers. This marks Holiday Farms’ seventh location in the area.

It’s full steam ahead at the Lake Success Shopping Center as work continues on the new Target anchor store. Completion on the multi-level former Sears site should take place in mid 2023.Originally slated to be one of Target’s smaller format stores, the retailer decided to switch gears and take over the entire building, approximately 104,000 square feet and make it a full-line location. A lot of change is brewing at the center itself with several vacancies, most recently Express. Look for more updates on this vibrant property in the short term.

File this one under, it’s a surprise to no one. Crafty Crab  has closed its Franklin Square location, perhaps this could mark the return of the highly successful Green Turtle to that spot.

Finally, it was reported in this space earlier this spring that  Wegmans would make its long awaited debut on Long Island in Lake Grove. It can now be reported that the grocer is looking towards a 2024 opening. It seems to coincide with the timeline being used in their future Norwalk, CT location. That store will mark Wegmans opening salvo in the Nutmeg state. Expect radio silence as the construction gets underway and no substantial updates coming forth until next summer.