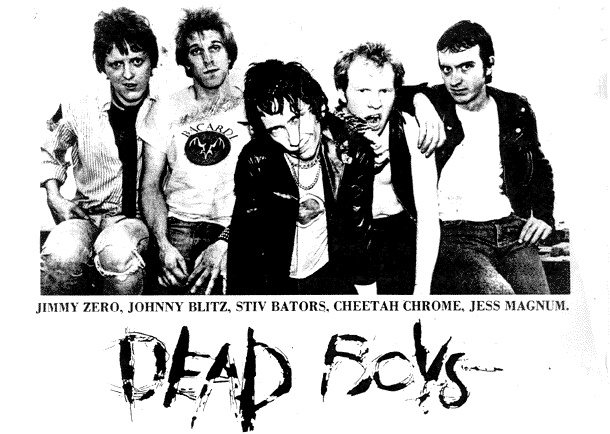 Punk may be considered a young person’s game, but someone obviously forgot to tell Dead Boys guitarist Cheetah Chrome. As someone who made his hay during the halcyon days of late 1970s CBGBs, the Cleveland native has seen plenty go down the pike since the late Joey Ramone convinced owner Hilly Kristal to let the Ohio outfit hit the club stage after meeting the quintet in the Buckeye State during a Ramones tour.

While band frontman Stiv Bators left this mortal coil in June 1990 from internal injuries sustained from being hit by a taxi, it didn’t stop Chrome and fellow founding member Johnny Blitz from commemorating the 40th anniversary of its 1977 debut, Young Loud and Snotty. The end result was Still Snotty: Young Loud & Snotty at 40!, a re-recording of the band’s initial studio outing (sans the cover of the Syndicate of Sound’s “Hey Little Girl” recorded live at CBGB’s and the closing medley “Not Anymore/Ain’t Nothin’ To Do”) and the first album of newly recorded music in 39 years. 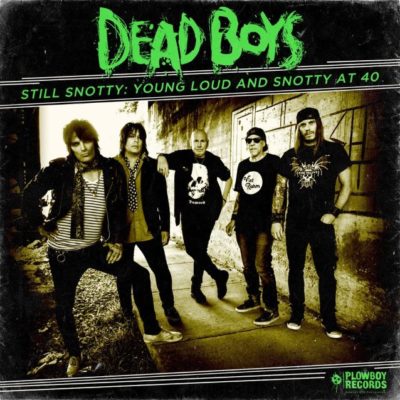 It was something Chrome admits the Dead Boys had wanted to do ever since Sire Records eschewed cleaning up the songs and essentially put the songs out on the market as is.

“The original was supposed to be a demo and I was never happy with my guitar sound and Johnny [Blitz] had some trouble with the drums,” Chrome explained. “[Producer] Genya [Ravan] did a great job—no doubt about it. The record has stood up. It’s not like we don’t like the record. It was just something to do to celebrate the 40th anniversary, so we went in and did it.” 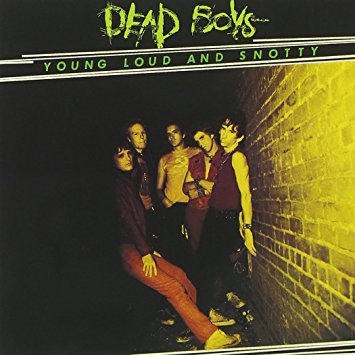 The end result was 11 songs that bridge early 1950s rock and roll and the punk movement that was evolving on both sides of the Atlantic. Ragged as the playing may be, there are plenty of gems ranging from the distaff Brill Building aesthetic bubbling throughout “All This and More” in the shape of handclaps and how yearning the late Bators sounds to the H-bomb of an opening cut that is the classic “Sonic Reducer.” Elsewhere, the nihilism and choppy riffing of “Ain’t Nothing to Do” rival anything the Sex Pistols were doing over in Merry Old England. With Chrome and Blitz emerging out of the wreckage of legendary Cleveland outfit Rocket From the Tombs, the duo joined forces with Bators in the short-lived Frankenstein, which eventually evolved into The Dead Boys. Following a debut gig at CBGB’s that only netted the band $26 followed by a van ride back to Ohio, Chrome and company wound up getting signed to Sire by label founder Seymour Stein, who sent them into the studio with Ravan. It’s an experience Chrome readily cherishes.

“None of us had been in a studio before. The first person I saw was Peter Frampton. I yelled at him and he ran up the stairs. This was when he was huge—I was really proud of that. It was one of my proudest moments,” he said with a laugh. “We had Hilly and a bunch of Hell’s Angels and girls in the studio. It

was like a big party for three days. Genya was friends with Hilly and they were developing a relationship to produce some bands and we wound up being one of them. I was familiar with [her prior band] Ten Wheel Drive and I had seen her on The Tonight Show. I thought she had a lot of balls and was pretty funny. I was willing to give her a shot and she stepped up for sure and kept the energy flowing and directed us really well. We had no experience, so in looking back at it, she did a great job and it’s a really fond memory.” 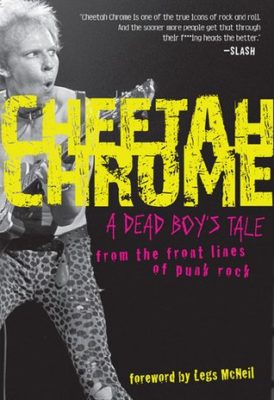 Being at ground zero for the New York City punk movement that was going on in the late 1970s, Chrome has plenty of anecdotes, which he recounted in his 2010 memoir Cheetah Chrome: A Dead Boy’s Tale From The Front Lines Of Punk Rock. One that stands out is when Blitz got stabbed in the stomach outside of the club and a series of fundraising concerts were held that included Dead Boys fan John Belushi sitting in on drums.

“When Johnny got stabbed, we did a four-night benefit. One of the things we did was get John Belushi to do ‘Sonic Reducer’ with us. He wanted to be a part of the show and it helped. He wanted to play ‘Sonic Reducer’ and he got up there and did a pretty good job,” Chrome said. “He struggled through it and he wasn’t perfect, but it was perfect for Belushi. You could tell from that middle part that he was having a hard time, but he kept up. He was a meat-and-potatoes blues drummer but he did a pretty good job.”

As for the much-pilloried 2013 historical film CBGB, Chrome is aware of fan reaction to having Alan Rickman play Kristal, Harry Potter’s Rupert Grint stand in for Chrome and Malin Akerman take on Debbie Harry. The Clevelander has a more forgiving take and for him, the backlash was a combination of ego and people not knowing the true back story. 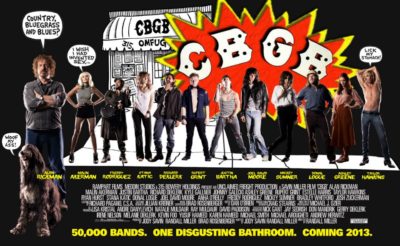 “People don’t realize that CBGB’s and The Dead Boys were intertwined financially. That’s why we were in the movie so much. We were part of Hilly’s business. A lot of people thought Television should have been in the film more. But Hilly didn’t manage Television—he managed us. It was his cross to bear,” Chrome explained. “I thought it was good and people really blasted it for no reason. They didn’t promote it right. They thought it was a punk magazine article come to life. It was a cartoon. It wasn’t supposed to be a gritty documentary. People don’t realize that The Dead Boys’ fortunes were very intertwined with the club. When the club went down, The Dead Boys went down. When The Dead Boys went down, the club went down. That’s why we were in the movie so much. I thought Rupert Grint nailed me perfectly. I thought they could have done better with some of the other characters. They called a lot of things out about accuracy, the equipment and stuff like that and they tried, as best they could, but it wasn’t a major studio. Everyone wanted to see themselves in the damn movie and that was a big part of the problem.”

Bator’s considerable shoes are being filled by Californian Jake Hout, who had been performing in a tribute band called The Undead Boys. But Chrome credits Hout’s individuality with making this latest version of the Dead Boys work.

“It’s been a long time since I trusted anybody to handle Stiv’s part in years. It’s been at least 27 years since he died and Jake is the first guy who I handed the mic over to. He deserves it and is really good at it,” Chrome said. “He nails it and is a great singer. He’s just being Jake.”

The immediate future finds The Dead Boys doing lots of touring and contemplating commemorating the band’s 1978 sophomore bow, We Have Come For Your Children, a recording Chrome is less than fond of. (“The second one is still unlistenable to me.”)