How a Farmingdale teacher gives back to kids with cancer Tracy Vicere is a survivor. What else would you call someone who beat both Hodgkin’s...
Read more
News

There is no right way to start a small business, especially during a pandemic. But the Macri sisters believe they have figured it out. Gabrielle...
Read more
People & Places

If there’s one thing that modern society has taught us, it’s that you should never underestimate the power of pop culture. Just take a...
Read more
TOP STORIES 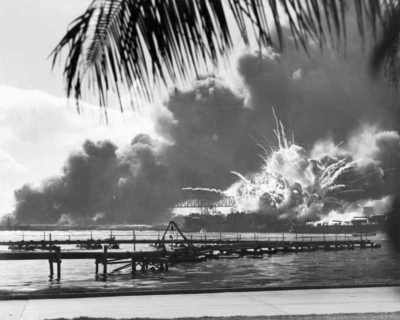 It’s a sad fact that some remembrance days come to be as a way of commemorating tragic and unforeseen circumstances. Such is National Pearl Harbor Remembrance Day. Unsurprisingly, it takes place December 7, the date on which the United States was attacked by Japan in 1941. What may be more surprising, however, is the fact that it took 53 years for that date to be recognized as a remembrance day.

The attack was on a United States military base in Hawaii, which was a United States territory at that time and not yet a state. More than 2,400 Americans were killed, with another 1,000 injured. Japan, which was aligned with Germany and Italy as part of the axis powers, had not declared war on the United States prior to the attack. President Franklin Delano Roosevelt called December 7 “a date which will live in infamy” and the idea of never forgetting the date of the attack became a sort of rallying cry. The United States entered World War II on Dec. 8 and the rest, as they say, is history.

Roosevelt largely got his wish in that Dec. 7, 1941 hasn’t been forgotten, but for several years this was only true on an informal level. It took 10 more presidents until Dec. 7 was declared a remembrance day, with Bill Clinton doing the honors in 1994. In proclaiming the remembrance day, Clinton suggested that the impact of the Pearl Harbor attacks was long-lasting.

“On this day, we give thanks to the noble veterans of World War II for the priceless liberty they helped to secure,” Clinton said in his proclamation. “For them, for their children, and for all the inheritors of democracy, we must remain ever vigilant in the defense of freedom.”

This Dec. 7 marks the 75th anniversary of the attack. Though Pearl Harbor Remembrance Day is nationally observed, it is not a federal holiday, meaning schools and government offices will remain open. Nonetheless, one can expect to see the flag flying at half-staff in remembrance of the Americans who lost their lives on that day.