The Black Keys: Turning Blue With Help From Danger Mouse 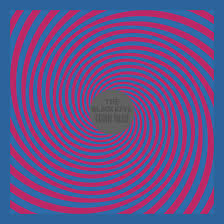 The Black Keys — Turn Blue (Nonesuch) — For the Black Keys, who have been inextricably linked with the White Stripes due to the pair of band’s two-people lineups, success has not only earned them arena headlining status, but scorn from the hipster contingent of its fan base. While the early days found the Akron duo dabbling in a lo-fi Delta blues sound partly inspired by Fat Possum artists like R.L. Burnside and Junior Kimbrough (both of whom they covered), further down the road found collaborations with producers like Tchad Blake and Brian “Danger Mouse” Burton. The Black Keys evolved, song placement in commercials and film soundtrack blossomed, and early followers became disenchanted. Expect more of the same as the Keys returned to the production well with Danger Mouse overseeing the band’s recently released eighth studio album. With Dan Auerbach’s recent divorce occurring around the album’s recording, Turn Blue has lots of sonic nuance to sift through. Starting with the airy near-seven minute opener “Weight of Love” and its yowling guitar and airy keys, images of Crazy Horse and Pink Floyd dance around before Auerbach sings his first lyric nearly two minutes in. Slinky rhythms also abound whether it’s throughout the sinewy title cut goosed along by the gospel harmonies of Nashville’s McCrary Sisters, the rumbling “10 Lovers” and its P-Funky synth runs or the stomping “Year in Review.” It all ends with closer “Gotta Get Away,” a sing-a-long rocker that jangles, is punctuated by a tight fuzz guitar solo punctuated by a slide and rides a squiggly keyboard riff that causes plenty of involuntary toe tapping. And while those purists may mutter “sell out” while moping about in their trucker’s caps and skinny jeans, Auerbach and Carney earn kudos for trying to evolve.