1. After hundreds of millions of dollars have been spent and everything else, both the Democrats and Republicans are on track to produce presidential nominees with negative approval ratings above 50 percent.

4. “People are not voting for Trump (or Sanders). People are just voting, finally, to destroy the establishment,” said Nassim Nicholas Taleb, author of The Black Swan: The Impact of the Highly Improbable, about the impact of rare and unpredictable events.

5. Many of Trump’s supporters know that he is a performer. He may be artificial, but the emotions he’s connecting to are not.

7. There is no evidence at this time, despite the smug smiles of some Democrats, that a 1964 LBJ-style landslide is in the works if Trump is nominated by Republicans. Poll averages have Clinton leading Trump by an average of 47 percent, and 41 percent respectively, and Goldwater was never anything like a mere six points behind Johnson. Ticket-splitting is much more common today.

8. About one in three Nassau County voters split their tickets in November 2015. 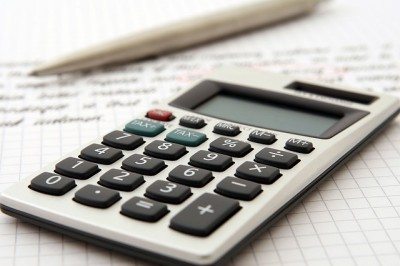 11. 2014 disclosures by Senator Carl Levin: Wall Street banks have set up secret shell companies to gain control of unfathomable amounts of industrial commodities, including oil, aluminum, copper, natural gas and uranium on a scale that “appears to be unprecedented in U.S. history.”

12. The six largest “Too Big to Fail” banks operate 19 traditional banks and hide the rest of their control of the economy through 14,001 subsidiaries.

13. Insured by U.S. taxpayers, commercial banks and savings associations are exposed to $274 trillion in derivatives. Five banks hold 93 percent of that amount.

14. Secretary Clinton and President Clinton earned $153 million in paid speeches from 2001 to 2015, including $7.7 million for 39 speeches to big banks. They have raised more than $2 billion for their Clinton Foundation.

15. My alma mater, the University at Albany (SUNY) paid a six-figure honorarium for a Clinton speech.

16. President Clinton was paid more than $4 million a year (2010-14) as honorary chancellor of Laureate International Universities, a for-profit college whose students are eligible for expensive government-backed loans.

17. The greater a sense of crisis, the more the messages of the Democratic Establishment seem like clear losers: Take what crumbs we are allowed to have. You are simply not perceptive enough to detect how well things are going.

18. The Bureau of Labor Statistics reports that in February, 242,000 “jobs” were created. The details show that the economy actually bled 62,000 full-time jobs and average wages fell.

20. The economy we’ve created doesn’t have enough jobs for everyone, period, and the self-driving cars and trucks are coming.

21. What are Americans for? What are people for?