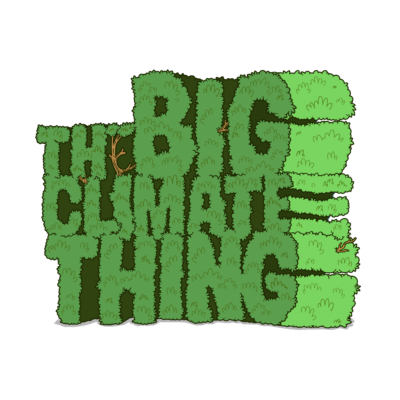 In the face of vocal deniers, climate change is wreaking havoc be it through raging wildfires racing through Spain, Portugal, Italy and Greece. Or through harsh heatwaves descending on most of the United States and Europe. Paris and London recently recorded their highest all-time temperatures with meteorologists not predicting any immediate relief in sight. And just in time to heighten awareness is the upcoming Big Climate Thing: A Concert For People and the Planet—a three-day concert series set to be held from September 16 through 18 at Forest Hills Stadium.
Sponsored by Climate Control Presents (CCP), fans will be treated to sets by a number of high-profile artists including Khruangbin, Haim, The Roots, Sheryl Crow, The Flaming Lips, Gary Clark Jr. and Courtney Barnett. The point is to raise awareness, accountability and action, and to inspire real-time solutions surrounding the global climate crisis by connecting to concert-goers through the transformative power of music. For CCP Partner and Head of Artist and Media Relations Perry Serpa, this multi-pronged approach is an effective way of conveying an important and existential message across.
“The goal of featuring this multi-generational lineup of artists who are generally climate-concerned music makers is to raise awareness around the climate emergency,” he explained. “There is climate programming and lots of on-site activations and curated content. Most of these artists, at least to some extent, have been vocal around the climate change issue. They’ve talked to their own audiences about climate, so this is an opportunity to have these folks come together in a communal way and be there for the planet.”

Serpa, alongside partners Kurt Langer and Paul Biedrzycki, founded CCP in 2020 and pulled together a group of music industry veterans and activists along the way. The organization’s goal is to work within popular culture to create awareness, accountability and action around the issue of climate change by producing content and events that engage mainstream audiences and connect them on a personal level to the climate crisis, leading them to immediately accessible and actionable solutions. And while CCP is only a couple of years old, longtime friends and music industry veterans Serpa and Langerhad been conjuring up the idea of what became the Big Climate Thing as far back as 2016.

“Kurt has existed more in the activist space springboarding from his experience working with the Tibetan Freedom Concerts,” Serpa said. “I have to say that inspired me for years to come as well. I think that we came together to do this because it was sort of at a point where our conversations weren’t really much more than reminiscing about what we went through with the TFCs 20 years ago. And then the regime change in 2016 inspired a certain creative response and a sense of activism within us. As time went on, it became clear to us that after [Trump] pulled out of the Paris Climate Accords, we felt we really had to do something about this from that point forward. It went from the back of our minds to the front of mind.”

The two friends spent the bulk of the Trump Administration trying to hone their ideas about what to do, while having numerous conversations with people they both knew across the music industry. Langer brought in Paul Biedrzycki, a filmmaker he’d worked on a cinematic climate project with, as a partner. And just as plans were coalescing to hold a climate event to coincide with the 2020 Democratic and Republican National Conventions, COVID-19 struck. And while Serpa and his band of climate activists were as thrown by the pandemic, the timing proved to be a form of kismet.
“[With the pandemic], everybody was forced underground and it was a year-and-a-half exercise in woodshedding and figuring out who we were,” Serpa said. “It wound up being a blessing in disguise because we really needed to do those things and explore who we were as an organization, figure out what we wanted to get done and how we wanted to get it done. It ended up creating a clarity within us and giving us time to figure out how to work together.” 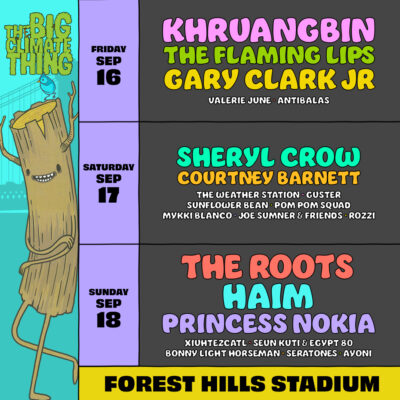 Among the initiatives CCP came up with was the creation of BigUp, a digital platform set to launch later this year. This app creates a place where artists and audiences, creators and consumers can converge in a non-judgmental community to take action on climate change. Included in a user’s feed will be hints, nudges, challenges, inspirational content and measurable goals that connect personal interests to simple actions that can have sustained impact. In addition, CCP established The Big Climate Lab, a first-of-its-kind innovation studio focused on leveraging extensive research and development to catalyze sector change within the music industry. The Big Climate Lab is a space for veterans from the touring and festival industry, research scientists and sustainability experts from other disciplines to determine a set of transformational goals for the decarbonization of live music.

The collaborative drive at the heart of this movement led to CCP naming EarthPercent as the official charity partner of The Big Climate Thing. EarthPercent is a U.S.-based nonprofit organization originally founded in the UK by Brian Eno that provides a simple way for artists and the music industry to support those at the forefront of climate action while also reducing music’s impact on the planet. The two organizations are working in partnership to create holistic, comprehensive and impactful opportunities for those in music to take bold action toward ending the climate crisis. One of the ways was by picking Forest Hills Stadium to host the Big Climate Thing due to its low carbon footprint thanks to its location near a mass transportation hub that serves multiple subway, bus and train lines.

Tickets for The Big Climate Thing are currently on sale with three-day passed starting at $268, plus applicable taxes and fees. Single-day passes priced at $119 were most recently announced.

Serpa, who curated the show was very cognizant about tapping into musical synergy and used another socially conscious musical event, 1979’s No Nukes concert at Madison Square Garden for inspiration.
“I personally have always gravitated towards this idea of using music as a tool for social change and social impact,” he said. “When I started working with [Forest Hills music promoter] Mike Luba putting this together and thinking about the talent, running the show and what the sort of ideal feeling would be, I kept coming back to No Nukes and how that felt like it was really relevant, spontaneous and effective.”