Stanley Greenberg - Over 60 & Getting Younger 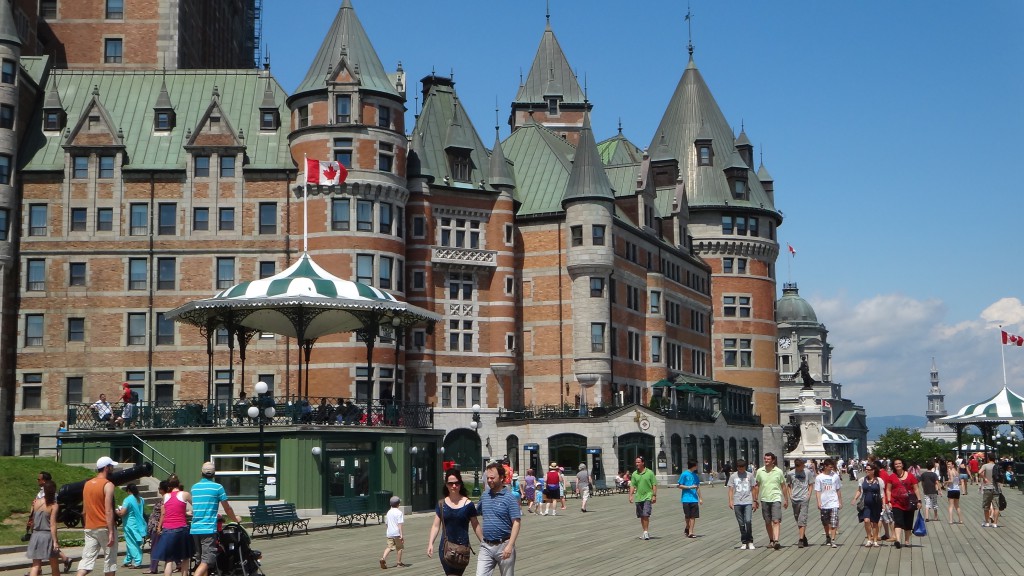 Lorraine and I sailed into Quebec, recalling our memories from our visit 50 years ago. Quebec is the most European of North America’s capital cities. It is the only walled city on the continent. French is spoken throughout and Catholic is the predominant religion. We began with a walk through the charming cobblestone streets of Quebec’s Old Town.

Quebec was discovered by Samuel Champlain in 1608. The city sits comfortably on the St. Lawrence River, at its least widest point. The St. Lawrence River goes from Quebec to the Great Lakes of North America The Citadel is a British Military Fortress that protects the city. Men dressed as red-coated soldiers were friendly to tourists as we strolled through the Old Town. Even though the English ruled for many years, Quebec is undeniably a charming French city with quaint shops and restaurants.

History came alive for me, as I recalled learning of The Plains of Abraham in my sixth grade class in elementary school.

The British and French armies met on the battlefield in 1759. The battle lasted only 20 minutes and the English won decisively. The opposing generals, Wolfe (British) and Montcalm (French) were both killed at the battle on the Plains of Abraham. Quebec was then under British rule.

Old Town has an upper and lower city. To reach the upper city you can either walk “The Breakneck Steps” or take “The Funiculaire,” a motor-driven elevator to the top level. The grand Chateau Frontenac towers over all of Quebec. This charming, restored 600 room hotel overlooks a huge boardwalk. Lorraine and I sat on a bench and listened to classical singers and a talented saxophonist.

We enjoyed the cozy coffee houses with delicious pastries and latte. American money was accepted everywhere though change was often returned in Canadian money. We were told it is a safe city for tourists and residents.

Our 7-day cruise was wonderful, but the eighth day in Quebec put the icing on the cake. Au Revoir to a great city with sincere hopes to return again and enjoy the charming city of Quebec.