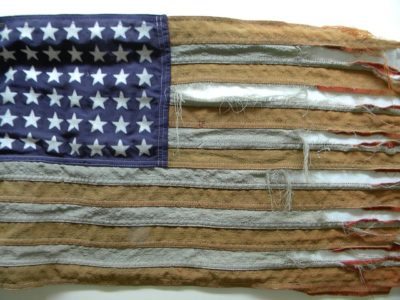 Politicians and pundits are usually the last people to recognize inevitable change. We speak of these things today, and then we speak of them no more.

What happened on Election Day? The totality of this column up to this point might be called “Volume I: Why America Elected Trump in 2016.”

Longtime editor Eileen Brennan first asked me to write a guest editorial about the 1999 elections. Looking back, for years I referred to the “Clinton Boom” as merely a rumor to millions of frustrated Americans. I referred to President Clinton as President Cell Tower, for signing the Telecommunications Act that gutted local governments’ ability to control tower placement.

“I’m not smart. But a donkey lives a long time,” wrote Mr. Orwell.

Millions of Americans yearn for an anti-establishment, populist reformer. How the Democrats bobbled this ball over to Trump is something out of Greek tragedy. Most Americans, even those who voted for him, view Trump unfavorably.

Trump may be artificial, but the emotions he connected to are not.

Some Dems simply refused to recognize the extent to which so many agreed with Trump on globalization issues while also seeing, almost instinctively, Secretary Clinton as part of the establishment status quo that has written them off. She represents trickle-down economics, free trade, the dominance of financial elites. Some of this unfair. Not all.

Nassau Dems didn’t win a single town election from 1934 through 1962, but never put up throw-away, paper candidates. You have to always be knocking at the door, ready for it to open a crack.

North Hempstead Republicans and Oyster Bay Democrats, who in recent years have lost races by slim margins without making serious efforts for their candidates, we’re all looking at you.

The media dutifully reported that Trump was appointing a new director of CIA and director of national intelligence, but not why. These appointments don’t have fixed terms; resignations were made to allow the new president to make his own choices.

This is not pedantic trivia. We’ve grown lazy with a string of “nice” presidents, and now the precise rules have taken on new importance.

Section 1021 of the National Defense Authorization Act, signed by President Obama, gutted the Posse Comitatus Law of 1878 and allows the military to carry out “extraordinary rendition” of citizens. Obama’s reinterpretation of the 2001 Authorization for Use of Military Force Act, allowing the assassination of citizens. Use of the 1917 Espionage Act against whistleblowers. “Black Site” prisons. “Total Surveillance.” Now they’re in the hands of people maybe not as nice.

Threads are about to be pulled. Regulations and funding streams are going to be gutted. Read the plans, read the platform. D.C. is about to disappear from our public weal. Elected officials at every level must start to prepare for life on our own, on this sandy strip of land, jutting out into the ocean.

Most people crave consistency. Faced with uncertainty and insecurity, most people “put their head down” and try to get through unscathed. Some people are natural resisters; most are natural collaborators. Many may be surprised to find out which one they are when tested.