Professor Explains The Science Of Selling 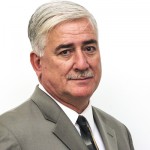 Near the end of Martin Scorsese’s The Wolf of Wall Street, Leonardo DiCaprio’s Jordan Belfort challenges aspiring sales professionals to “sell me this pen,” and then hands the writing instrument to a startled student.

“A couple of people have mentioned that scene to me,” said Paul Barchitta, a professor at the U.S. Merchant Marine Academy (USMMA) in Kings Point who, before that film was released, recounted a comparable tale in his book, A Salesman Walks into a Classroom (iUniverse, 2013).

“It is a selling technique called ‘feature/benefit selling,” where you point out the characteristics (features) of a product, and explain why (benefit) this product is the solution that you are looking for,” Professor Barchitta, a former-salesman-turned-academic, writes. In a recent interview, he said his goal in writing the book was to offer academic theories on what makes for a skilled salesperson, and combine that with his own real-world selling experiences.

“The idea for the book had been in the back of my head for nearly 20 years,” he continued, and the 224-page final result, an excellent road map for success if you’re new to the business world and want keen insights on what a sales job entails, was written during the summer of 2013. People who are further along in their career can also benefit from A Salesman Walks into A Classroom because it offers a clear-eyed view of how many U.S. corporations view its sales force, and the skepticism salespeople encounter from prospective customers, no matter what they’re selling.

Barchitta, a professor in the USMMA’s Maritime Transportation/Business Department, earned B.S. and MBA degrees from St. John’s University, where he was a quarterback on its football team. He has received an advanced certificate (30 credits above an MBA) in corporate training and development from a doctoral program at New York University. Since 2011, he has been teaching introductory business courses to USMMA’s juniors and seniors.

“They’re great students,” he said, referring to the undergraduates at the Kings Point campus. “They have to balance a demanding academic curriculum along with daily regimental activities.”

Before his academic career took off, Barchitta held a number of increasingly senior sales positions in the medical device and healthcare/hospital industry, including stints at Johnson & Johnson, Beiersdorf-Jobst, and Smiths Medical. All three are major suppliers to Long Island hospitals.

“I wanted to flip from full-time selling, and part-time teaching, to full-time teaching, and part-time selling,” Professor Barchitta stated. “Nassau Community College (NCC) gave me my first teaching job.” In 2000, having served as an adjunct professor at both NCC and the State University of New York (SUNY) at Old Westbury, Barchitta was hired as a lecturer at the City University of New York’s (CUNY) Queensborough College in Bayside. More than a decade later, he moved to the USMMA.

Professor Barchitta and his wife, Laura, a paraprofessional in the New York City public school system, reside in Staten Island, and have three children. Paul, their oldest, is a 20-year-old junior at SUNY Cortland. Danielle, 18, is a freshman at Fairleigh Dickinson University in New Jersey, and Alexandra is a 14-year-old sophomore at St. Joseph Hill Academy in Staten Island. A Salesman Walks into a Classroom is opening doors for the USMMA professor. The National Speakers Association, for instance, has expressed interest in bringing Professor Barchitta to audiences in the market for someone who can offer a Shark Tank meets Harvard Yard presentation. Barchitta won’t be a hard sell. More about the book can be found at www.asalesmanwalksintoaclassroom.com.