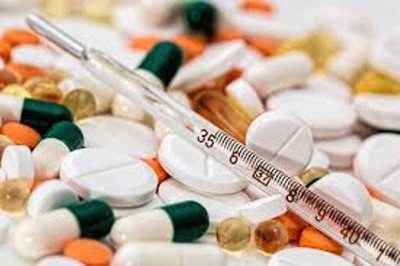 It seems basic enough: when a problem arises, the doctor is called, medicine is prescribed and symptoms subside. Sometimes, the symptoms only go away when the medicine is being taken, which can be costly and could also lead to side effects. In these cases, the medicine is not treating the underlying cause of the problem. For people who are reliant on their prescription medications, there are ways to help lessen the need for using medications, whether for sinus problems, digestive issues or foot pain, or anything in between.

Alternative treatments and holistic medicine are readily available, and practitioners are trained to help people find balance and get to the underlying root of the problem. Seeing a chiropractor is one way people may find an unexpected outcome.

“People often come in because they have back or neck pain,” said Dr. Maxine Cappel Mayreis, a third generation chiropractor with an office in Glen Cove. “But pain in the back is the least of it.”

Since the nerves control the function of every tissue, organ and system of the body, she explained that if there is an interference in the nerve pathways, problems will occur. Some are minor or might start as a minor blockage but over time could lead to more chronic problems.

“The job of a chiropractor is to restore normal function in the body,” said Mayreis. “The chiropractic approach to better health is to detect, reduce and prevent nerve system dysfunction. A physical problem needs a physical solution.” 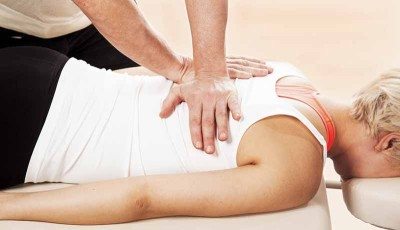 A chiropractor will adjust the spine, which encases the nerves, and allow the signals to flow from the brain. As a result, said Mayreis, people may find that they no longer have other problems that ailed them, whether it’s gas and bloating, hormonal problems, asthma, allergies, hearing loss, poor eyesight or even heart problems. She stressed that chiropractors do not treat these problems; they simply do adjustments that can have a much greater impact.

“People often take themselves off their medications on their own because they feel better,” said Mayreis. “We hear wonderful things all day long.”

Mayreis noted that a person who feels fatigued or dizzy is unlikely to exercise, which can lead to weight gain, high blood pressure, diabetes or other problems. “Restoring balance allows them to get moving, which can remove the whole story of medications,” said Mayreis. “It’s a snowball effect.”

Adam Cantor is a licensed acupuncturist and owner of Mind Body Medicine Acupuncture in Glen Head who has also seen many patients get off their medications as a result of treatments. While also not legally allowed to tell people to stop taking the medicine their medical doctor has prescribed, he advises patients to work with their doctors and has seen numerous—and diverse—instances of healing.

“Acupuncture can help regulate bodily functions so people can get off the medications,” said Cantor. “A person might come in for pain management, whether it’s a pain in the neck or shoulder and—this is extremely common—the origin of the pain actually stems from someplace else, often the mind.”

Cantor has seen women manage their premenstrual pain through acupuncture and are able to stop taking birth control pills and has also seen patients with psychogenic disorders who eventually go off tranquilizers like Zanax.

“Our thoughts and emotions influence the bodily processes, down to a cellular level,” said Cantor.

He said a growing problem he has seen in the past decade or so is the trend for western medical doctors to prescribe multiple medications, some of which are treating the side effects of other medications.

“This is not to say that they shouldn’t be on certain medications, but the landscape is more difficult and complex. It is not something Chinese medicine has ever dealt with before, and we’re forced to evolve in this more complex landscape,” said Cantor.

As an example, he said a patient might come in with migraine headaches, and the acupuncture might help them have fewer migraines. However, patients need to be weaned off of the medicine because the medicine itself can cause “rebound” headaches.

“You take the medicine for the headache, then you get another headache at the end of the day…people feel trapped,” he said, noting that not everyone is open to acupuncture.“ Some patients find us through their insurance and come in with a different expectation. Some are not looking to do any deeper work. With natural healing and holistic medicine, it might take longer. It’s not just about managing symptoms but getting to the root of the problem.”