Post-Election, It’s Time To Have An Open Dialogue With Young People

The holiday season is fully upon us, but this year’s celebrations will be unlike any we’ve ever experienced. Typically, our calendars are full of events,...
Read more
Columns

Pregnancy and childbirth are exciting times in a family’s life, filled with joy and awe. For some mothers, however, the situation is far more...
Read more
Andrew Malekoff - Parenthood Plus

I’ve written candidly in this space about living with a blood cancer, Non-Hodgkin’s Lymphoma, since 2010. According to the Leukemia and Lymphoma Society, almost 180,000...
Read more
Andrew Malekoff - Parenthood Plus 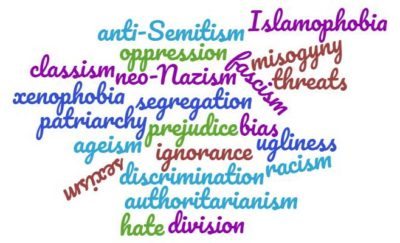 If you are a sentient being, you’re well aware of the alarming degree of divisiveness that has been generated as a result of the presidential campaign. Given the growing incidence of hateful speech and action, there is a desperate need for open dialogue with young people.

I can vividly recall meeting with a therapy group for troubled teens some 25 years ago. They raised the subject of race and racism after having been exposed repeatedly to the videotaped TV footage of the Rodney King beating, which foreshadowed the current era of cell phone videos and body cams.

Rodney King was an African-American man who became widely known after being beaten by Los Angeles police officers after a high-speed car chase on March 3, 1991. A local resident witnessed the beating and videotaped it from his nearby apartment. The officers were tried in court but were found not guilty.

The two minority members of the group spoke about their own fear and “paranoia.” I listened and then told them “just because you’re paranoid doesn’t mean they aren’t out to get you.”
In 1968, psychiatrists William Greir and Price Cobbs noted in their book Black Rage that, for some people, a suspiciousness of one’s environment is necessary for survival.

Indeed, the phenomenon of adaptive paranoia—which recognizes real threats, not imaginary ones—is not at all uncommon to minority groups who have experienced profound prejudice historically and who now, after the brutal 2016 campaign, are more concerned than ever.
Here’s what we know for sure: Reports of hateful intimidation and harassment are on the rise since the election. According to the Southern Poverty Law Center, there were more than 850 accounts of racism, Islamophobia and xenophobia between Nov. 9 and the morning of Nov. 14.

Recently, I posed these questions on social media: What is the emotional impact of the trickle-down divisive campaign rhetoric on the nation’s children? What signs are you seeing? What can you do? Here are two responses:

• Hispanic students are afraid to go to school because classmates bully them and tell them they are being deported.

• Immigrant children are terrified! They are afraid their parents are going to be sent away. I think it is important to allow a space for dialogue.

Now, more than ever, rather than squash discussion on these sensitive matters, we owe it to the young people in our lives to foster open dialogue. Noted family therapist Harry Aponte’s reflection on diversity might serve us well as a guideline. He said, “Diversity is not about us-versus-them. And neither is it about easy agreement among different cultural, ethnic and racial groups… It is a bold, rich and complex tapestry. It has to do with being different in values, traditions and speech, and the same in human need, suffering and love. It has to do with living in separate neighborhoods, and together in the larger common community of nation. Diversity of culture, ethnicity and race gets its significance and specialness in the context of our universal identification as human beings.”

Although a better understanding and respect for cultural differences is important, we owe it to our children to reach for commonalties experienced across cultures. That is the way we will open new pathways for connection.

Andrew Malekoff is the executive director of North Shore Child & Family Guidance Center, which provides comprehensive mental health services for children from birth through 24 and their families. To find out more, visit www.northshorechildguidance.org or find them on Facebook.