NewsMike Barry - Eye On The Island 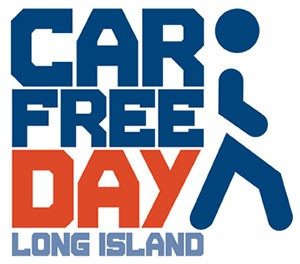 Long Island marked its 3rd Annual Car Free Day on Tuesday, Sept. 22, an event at which people were encouraged to get around without cars and instead ride a train, bus, bicycle or walk.
“Using cars less by using alternative modes such as transit, carpooling, bicycles, walking and telecommuting helps reduce traffic, conserve energy, reduce harmful emissions, reduce parking problems and save money,” according to CarFreeDayLI.com’s website. I was with them until they talked about saving money because the federal and state government favors drivers over mass transit-users on issues like taxes, fares and tolls. 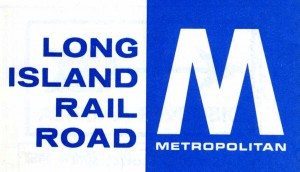 This Congressionally-approved disparity is significant when considering the price of a monthly Long Island Rail Road (LIRR) ticket has grown a stunning 80-plus percent (to $252 from $135) over the past 12 years for those in western Nassau County (Zone 4). The percentage spike dating back to 2003 is even higher for monthly LIRR commuters who travel each weekday into the city from eastern Nassau and Suffolk.

But the state-run Metropolitan Transportation Authority (MTA) has not only asked its riders to reach deeper into their pockets during the past decade or so. The MTA, the LIRR’s parent agency, also won state legislative approval in 2009 for an MTA payroll tax that is levied on employers, and the self-employed, in New York’s 12 downstate counties. While they were at it, state lawmakers in 2009 also threw into its payroll tax legislation additional MTA taxes on city taxi cab trips, rental car companies and drivers renewing their motor vehicle registrations. The 2009 MTA bailout package generates more than $1 billion annually for the MTA’s coffers.

None of this recent history gets discussed as MTA Chairman Thomas Prendergast bounces around the region in 2015 insisting that the sky is falling because the MTA’s capital budget is insufficiently funded. Yet Move NY has offered a credible plan to provide substantial funding for the MTA’s capital projects but the proposal has languished in Albany because it involves inflicting economic pain on motorists who use the toll-free East River crossings into, and out of, Manhattan.

Move NY wants state lawmakers to place cashless, electronic tolls where none now exist, such as the 59th Street Bridge, and reduce the fees levied on drivers who use outer-borough toll bridges, recognizing that mass transit options are more limited in southern Staten Island than in western Queens. Move NY’s plan is an inspired one, and workable. Nonetheless, the concept has gone nowhere in the state Capitol because most city-based state legislators have no interest in pursuing it.

This month’s exhortations for Long Islanders to leave their car at home also came at an awkward time for the LIRR. On Wednesday morning, Sept. 2, a power outage largely shut down the LIRR’s entire system for a few hours. Then, on Tuesday afternoon, Sept. 15, a freight train derailed near Westbury, causing extensive evening rush hour delays on the Port Jefferson and Ronkonkoma branches. The derailment-caused service disruption for those riders extended into the Wednesday, Sept. 16, morning rush hour. A car won’t get you there on time. But it will get you there.