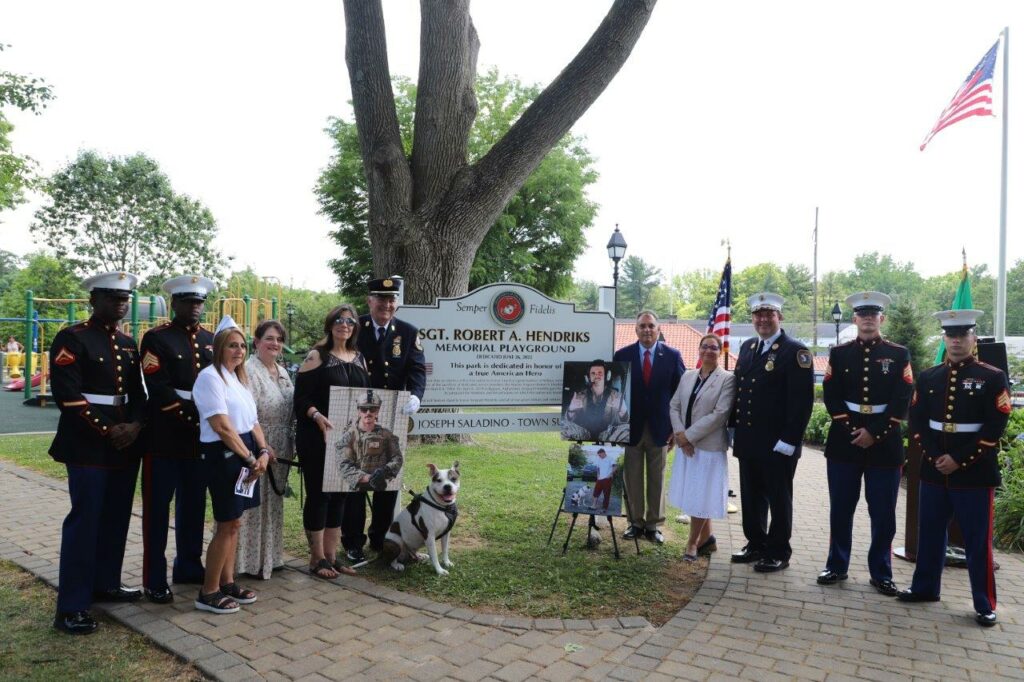 The Town of Oyster Bay recently dedicated a playground in honor of fallen United States Marine Corps Sgt. Robert A. Hendriks, who was killed while conducting combat operations in the Parwan Province of Afghanistan on April 8, 2019.

As a child, Hendriks and his brother, Joe, also a United States Marine, frequently played in Thomas Park, which will now forever include the Sgt. Robert A. Hendriks Memorial Playground.

Hendriks was highly respected by all who served with him.

“Sergeant Hendriks was an exemplary citizen and even after his passing, he continues to be an incredible source of pride for his family, our community and the entire nation,” said Town Supervisor Joseph Saladino. “This hometown community playground will forever serve as a reminder of Robert’s extraordinary life, the many lives he touched, and the Town of Oyster Bay’s great admiration for his service and ultimate sacrifice in securing freedom and human rights around the globe.”

Future generations visiting Thomas Park will forever understand that a young man who once played in the same park as them became a national hero while serving the United States of America.

“Sergeant Hendriks’ sacrifice allowed young people the opportunity to play and laugh with friends and family in the serenity of a beautiful place,” added Councilwoman Michelle Johnson. “This playground will forever stand to honor Sergeant Hendriks and all of our active military and veterans for their distinguished service.”