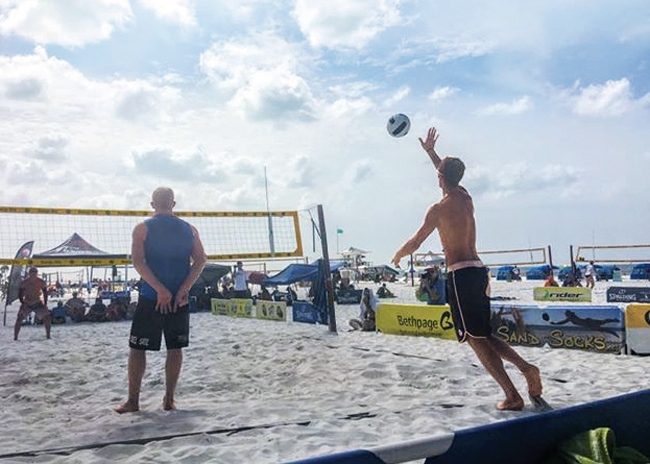 Summer is upon us. It seems as if spring was completely bypassed this year, as sign ups begin for summer beach volleyball across Long Island. East End Volleyball (EEVB) Beach Volleyball League registration is now open for the new league overlooking Hempstead Harbor. The leagues, sponsored by Unsinkable Polarized Sunglasses, will be held Monday, Tuesday, Wednesday and& Thursday Nights with divisions for players of all levels from complete novice up to players with tournament experience. Singles are also encouraged to join. The goal of the leagues is to offer a playing opportunity for everyone, regardless of skill level, who wants to become part of this growing sport.

The leagues are held at North Hempstead Harbor Beach Park, which has ample parking and facilities to support the program at this beautiful Town of North Hempstead park. Players will compete against teams of equal levels all season long leading to a championship at the end of August. Leagues run from 6 p.m. until sunset, May 29 to August 30. Teams will play four to six games per night. It is free for spectators and $75 per player.

There are three different divisions in the league: 4-player (any gender) for skilled players; doubles, male or female teams for very skilled players and coed 6s for novice to intermediate level players. Prizes are awarded to the top two teams in each division.

East End Volleyball has been running beach volleyball events since 1977. Based in the East End of Long Island, EEVB has grown into the largest beach volleyball program in the East End of the country with tournaments from Newport, RI to the Florida Keys and leagues throughout Long Island. Sanctioned by Volley America, the largest grass roots organization in the U.S. EEVB runs more than 35 events every season for more than 5,000 players.

For further information and applications, call East End Volleyball at 631-355-1293 or visit www.eevb.net.