To attract more pollinators to your garden, you need to create an environment that nurtures and supports their need for food, water and shelter.
Read more
TOP STORIES 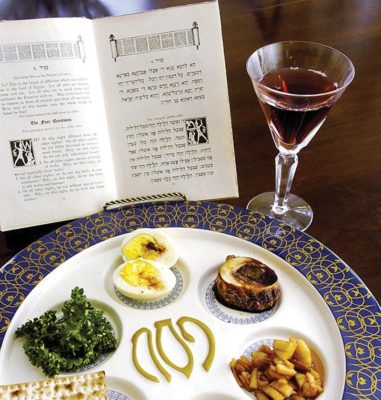 Passover commemorates the liberation of Israelites from slavery in ancient Egypt for eight days from April 10 to 18 by having Seder meals and avoiding leaven. The Jewish holiday, also known as Pesach which means “to pass over,” remembers the trek from Egypt to Mount Sinai with only bread that did not have enough time to rise to eat.

Passover is observed in two parts. The first and last two days of the holiday are celebrated with lit candles, Kiddush and holiday meals. The four days in between are called Chol Hamoed, which are semi-festive days in which work is permitted.

To commemorate the bread that was unable to rise, no chametz or unleavened grain is eaten. Instead, matzah is enjoyed on the two Seder nights, which is observed on the first two nights of the holiday. Seders include eating the matzah, eating bitter herbs to commemorate bitter slavery, drinking four cups of wine or grape juice to celebrate freedom and the recitation of the Haggadah, a liturgy that details the story of the Exodus from Egypt and begins with the youngest member of the family asking the four questions that are symbolic of slavery and freedom.

The four questions begin with, “How is this night different from all other nights?” The youngest child will continue to ask questions such as, “On all other nights, we eat chametz and matzah. Why on this night, only matzah?” The child will continue to ask why on the specific night the family only eats maror or bitter herbs, why do they dip the food twice and why do they eat in the reclining position.

For a special Passover dinner, Thyme restaurant located at 8 Tower Pl. in Roslyn will be offering a dinner prix fixe menu on April 10 and 11 from 4 to 9 p.m. The restaurant also offers a Passover catering menu. For more information, visit www.thymenewyork.com.