Oyster Bay Town Supervisor Joseph Saladino and Councilman Tom Hand have announced that the town’s Animal Shelter will waive adoption fees throughout the month of September.

During the month of September, the shelter will waive the general adoption fees of $80 per dog and $84 per cat. All usual adoption services will be provided, including the spaying or neutering of the animal, vaccination and microchipping.

“In addition to free adoption month, the town will be hosting a Rabies Vaccination Clinic at the shelter on Sept. 16, from 10 a.m. to 2 p.m.,” added Councilman Hand. “No reservations are necessary for the clinic, and the clinic will also be offering to microchip pets for $25, so if they ever get lost, they can be taken to a vet clinic or animal shelter where they will be scanned for a microchip ID and returned to their rightful owner.”

To view photos of some of the animals available for adoption, or to link to the shelter’s Facebook page, visit www.oysterbaytown.com or call 516-677-5784 for more information.

For these featured pets, please refer to name or number. 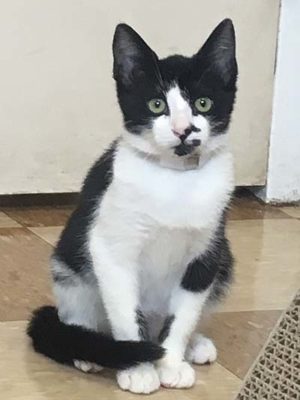 PICKLES #170326—Is a black and white, 12-week-old male that is also ready for adoption. He was found all alone near the Stop and Shop in Hicksville. He would love to know and feel all the love that the comforts that a new home will bring. Will it be in with you? 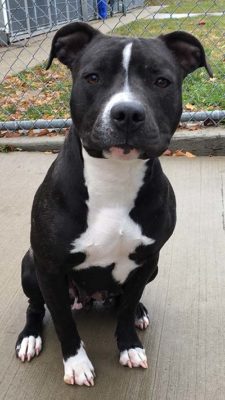 JEWEL #160730—Jewel was found in early November, when we received a call that a dog was tied to a tree in the Massapequa Preserve. Upon arriving at the shelter, it was clear Jewel had recently had a litter of puppies. Apparently now she was of no use to whoever previously owned her. This beautiful and happy girl is now spayed and she has received all of her vaccines and is in great health. Jewel needs a home without cats or small dogs. She has been through so much and we are hoping that someone will be able to love her and show her that she is just as important as the puppies that were taken from her. 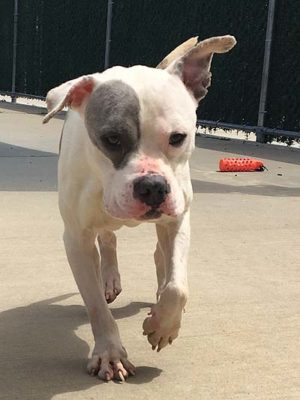 DAMIEN #170253—“I came to the shelter with my brother Romeo. We were malnourished but after being cared for by the staff here at the shelter, we are now happy, healthy, rehabilitated and up for adoption. I am a young male neutered Pit Bull mix We’re so excited to start our new life with people who will love and care about us. Thanking you in advance, Damien.” 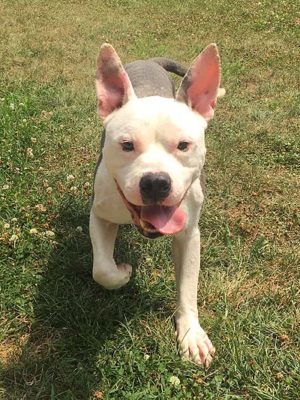 ROMEO #170254—“I was rescued by the Nassau County SPCA with my brother Damien. Thankfully good people came to our rescue. Both me and my brother are doing great now. Since arriving at the shelter we have put on weight and received all the necessary medical attention. Now we are up to date on all our vaccines, neutered and we are even microchipped. What we need now is people that will love us for the wonderful dogs we are. Thank you, and hope to see you soon.” 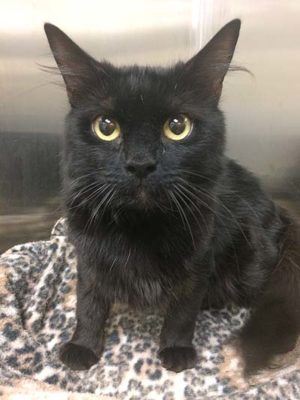 MANNING #170369—This domestic medium hair, male, black cat is just about one year old. He came to the shelter in Mid-July as a stray. He had no microchip but we hoped his owners would surely show up for this beautiful boy. Since then, almost two months have passed and Manning has been overlooked while countless kittens have been adopted. Can someone help a guy out when he needs it most? Manning is all set and ready to go. 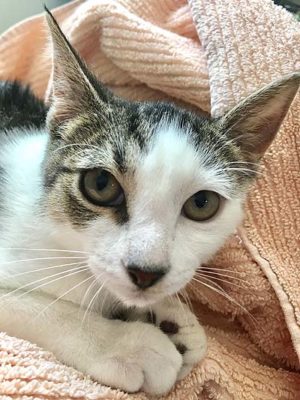 SASHA #170356—This little girl came into the shelter in early July. She was petrified upon arrival. She needed to realize that we were not the enemy, that we were there to help her. Sasha remained scared for quite a few weeks. We are gaining her trust and know that she would do much better in a home than in a shelter. Sasha still does need that extra love and care that will help her realize that the world is a good place and she would love being spoiled and coddled by her very own human. Sasha is available for adoption. Take a few seconds, look into her eyes, she needs you. 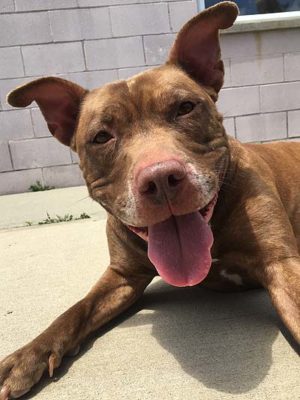 MAGGIE #170273—This is a 7-year old, female, Pit Bull mix that was surrendered by her owner as they said they were unable to care for her anymore. Maggie needs a second chance at finding someone who won’t give up on her and an opportunity to prove what a great dog she is. Maggie loves to play, she is housebroken, crate trained and walks great on a leash. She weighs 43 pounds. She is very social, likes children and likes other dogs also. Maggie just wants to be part of a family once again. 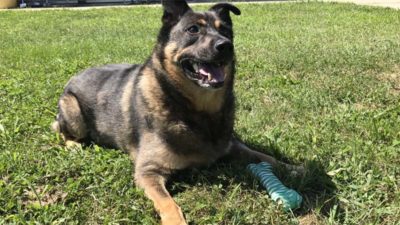 CHEVY #170389—Is a 3½-year old, male Australian Shepherd  surrendered to the shelter because the owners were moving and could not take him with them. Chevy knows commands and is house trained. He’s a little shy until he warms up and we recommend no young children . We would love for Chevy to find a great home where he will be a permanent part of the family. Chevy is up to date on all his vaccines, neutered and microchipped. If you have another dog at home, we do require a meet and greet. 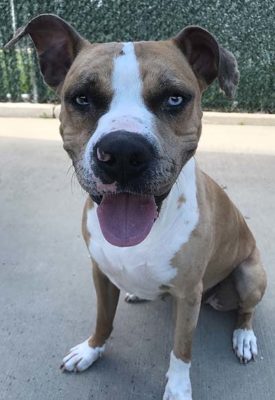 LOLA #170238—A 3-year-old Pit Mix female was surrendered by her owner because they were having a new baby and could not keep her. Now we need to find Lola a home where her new family won’t give up on her. She is housebroken, likes children, knows commands and has the most beautiful blue eyes! Lola weighs 55 pounds and is very social and friendly.