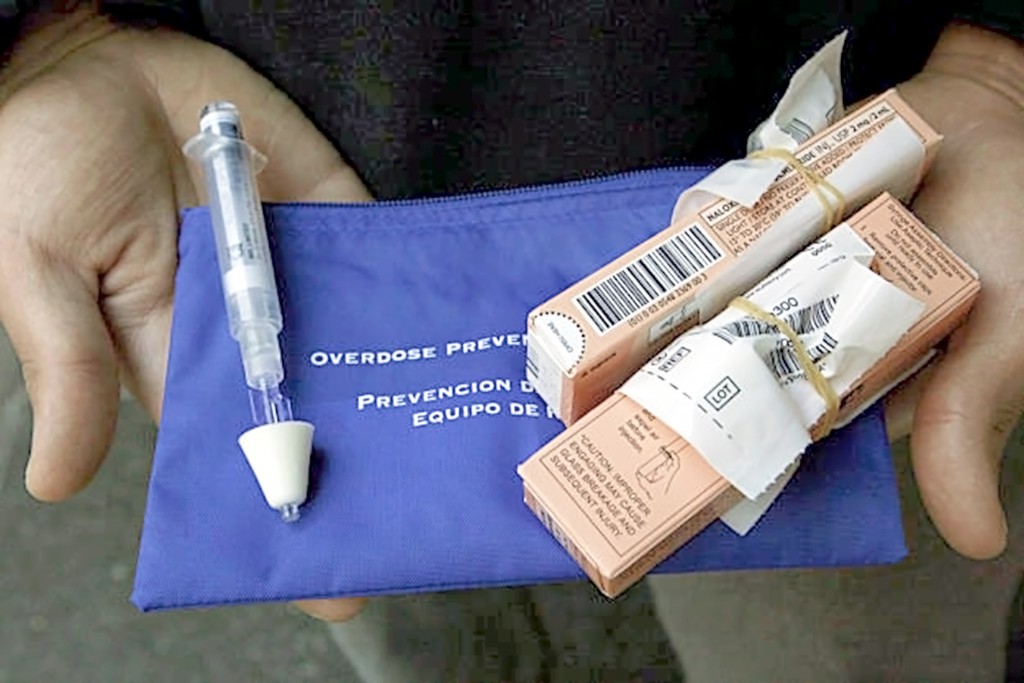 “A woman from Port Washington who is very involved called me and asked ‘Are they really selling it? Buying it? And using it? Even here in Port Washington?’” said State Senator Jack Martins (R-Mineola). “I told her that the answers are Yes! Yes! and Yes! It is happening in Port Washington, in Mineola…everywhere!”

Martins was speaking, of course, about heroin.

“The community needs to know what is happening,” he said last week at his Mineola office.

What’s happening is that young people are dying. Last year, 106 lives were lost in Nassau County to overdoses of heroin and other opiates, according to data from the Nassau County Medical Examiner. So far this year, through May there have been 21 deaths, said Eden Laikin, the county’s director of governmental research.

For the most part, the public will not know about these deaths. These young people — many children, really — will pass without the public grief and outrage that comes when an innocent person is killed by a drunk driver. Heroin is different.

Families feel a stigma, which is, for the most part, quite real. Pity, rather than sympathy, is the reaction of those who still haven’t recognized addiction for what it is — a disease. As a result, families keep the pain to themselves.

“Our biggest problems are denial and shame,” said Laikin. “But we’re making progress.”

County data show that virtually no community is immune to either deaths or non-fatal opiate overdoses. Through May, Massapequa had 16 non-fatal overdoses. Add in Massapequa Park along with North Massapequa, and the total is 26. Deaths? Six last year in these communities. Hicksville saw eight deaths in 2013; Levittown, five; Westbury, four. Garden City, Jericho, Syosset, Upper Brookville, Plainview, Floral Park, Oyster Bay, Great Neck, New Hyde Park, East Williston, Farmingdale and many more, including Port Washington, have made the list for overdoses and/or deaths in the past 29 months.

Did you know this was happening in your community?

“Many are still unaware of the extent and reach of this problem,” said Martins, who, as a member of the Senate Health Committee, has been part of 18 hearings around the state. From what he can see, the crisis is especially acute downstate.
“This is a very New York and very Long Island issue,” he said. “Heroin has taken hold here in epidemic proportions.”

In simplest terms, the chain that leads to heroin addiction often starts with prescription pain medications such as oxycotin. A bottle of pills left over from painful dental surgery can hook a person who thought experimenting with prescription drugs wasn’t particularly dangerous. “It is, after all, medicine,” goes the typical thinking.

But an opiate is an opiate, whether it comes from a pharmacy or a back alley. And once hooked, the addict discovers that oxycotin and its kin can be hard to come by and very expensive. Enter heroin as a cheap alternative.

“It costs less than a pack of cigarettes,” said Martins.

What can we do?

Legislation is one course.

Last week, the Senate passed 23 measures, including a bill that would allow parents to petition a Family Court to require their child to be placed into a substance abuse treatment services program for up to 60 days. The court could require the child to stay in treatment for up to an additional 90 days. Under the current law, parents do not have this ability under current law, and children can check themselves out of rehab.

Lawmakers are optimistic that the Senate and Assembly can hammer out details and approve the measures before adjourning on June 18.

What can we, as individuals, do?

Learn how to deal with an overdose. Yes, they are that common. In late 2012, Nassau became the first county in the state to offer classes to the general public in how to recognize the signs of an opioid overdose, attempt rescue breathing and administer a medication called Naloxone or Narcan that can reverse the fatal effects of an overdose on heroin or prescription painkillers. Since then, the county has conducted more than 50 sessions.

Narcan is simple to administer — just spray it into each of the victim’s nostrils. At these two-hour sessions, you receive a Narcan kit that’s about the size of a Big Mac, and the zippered cases contains everything you need to spring into action. If you’re trained, state law allows you to administer it in an emergency without fear of a lawsuit or arrest. In addition to the Narcan training, the sessions include expert advice on drug prevention and treatment.

On June 5, 150 people attended a training session in Hicksville.

The next county-sponsored class is July 17 at the Elmont Firehouse, 95 Lehrer Ave., from 7 to 9 p.m. On July 30, the Bayville Fire Department is the setting for a session. To reserve a spot, contact Eden Laikin at elaikin@nassaucountyny.gov or call 516-571-6105.

You could save someone’s life. Unfortunately, there are more opportunities to do that than ever before.