On The Shoulders Of A Giant 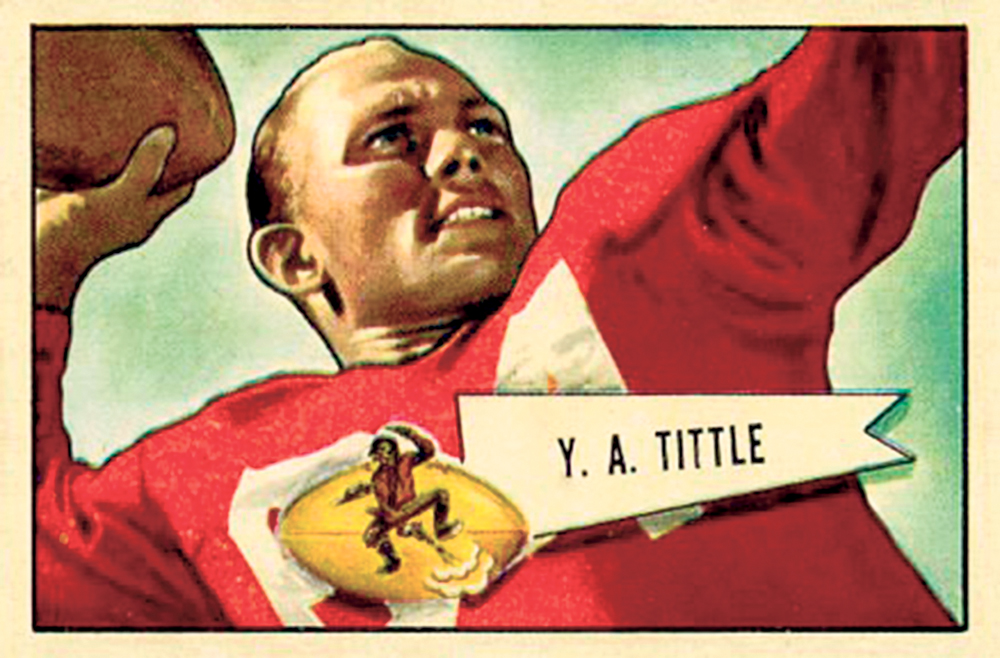 Given how miserable the New York Giants’ current season is going, there’s no better time to look back to this legendary franchise’s storied past—even beyond the team’s four Super Bowl championships. On Oct. 8 of this year, the man born Yelberton Abraham Tittle, Jr., aka Y.A. Tittle, passed away at the age of 90. While he only spent four of his 17 years in the NFL as a member of the Giants, he was inducted into the New York Giants Ring of Honor in 2010 following his being elected into the Pro Football Hall of Fame in 1971.

Following stints with the Baltimore Colts and San Francisco 49ers, many thought he was washed-up when he was traded for second-year guard Lou Cordileone following the 1960 season. The 34-year-old quarterback would go on to have his best career years while playing for New York. Over the next four seasons, he won multiple NFL MVP awards, twice set the league single-season record for touchdown passes and led the Giants to three straight NFL championship games.

A master of the screen pass, Tittle’s enthusiasm and high football IQ endeared him to teammates and fans alike. Fellow future Hall of Famer Frank Gifford once said, “Tittle has the attitude of a high school kid, with the brain of a computer.”

One of sport’s most iconic photos was taken by Pittsburgh Post-Gazette’s Morris Berman of a bowed and dazed Tittle kneeling in the end zone during a Sept. 20, 1964, game against the Pittsburgh Steelers. In his 17th and final season, the grizzled play-caller had been hit by John Baker and Tittle came away with a concussion and a cracked sternum. Tittle played the rest of the season, capping a career that Chicago Tribune sports columnist George Strickler said had Tittle “[breaking] records that at one time appeared unassailable and [being] the hero of more second half rallies than Napoleon and the Harlem Globetrotters.”