Nothing says “Christmas dinner” quite like a large, woodland creature freshly dispatched and roasting in the oven—its earthy aromas caressing guests into a lulled comfort with visions of tender meats dancing in their heads.

There are ways to quash your craving for roasted game and satisfy the need for something other than beef, ham or turkey on the holiday table. Venison has been a protein of choice for thousands, if not millions, of years, with our ancient hunting ancestors setting out into the wilderness in the hopes of returning to base camp with plenty of meat and pelt for the winter and bones for making tools to hunt yet another hoofed grazer.

These days, anyone with the proper permits can trek upstate to track a deer. Of course, one can always head to a specialist butcher or a farm or even some local grocery stores for venison. No matter the source, the venison flavor spectrum ranges from musky and pungent to downright festive, with hints of acorns, sage and herbs that mark the diet of deer. Because of the lack of fat, venison is often less juicy than beef—however, it is a smoother, leaner meat that lends itself well to autumnal and wintry flavors. 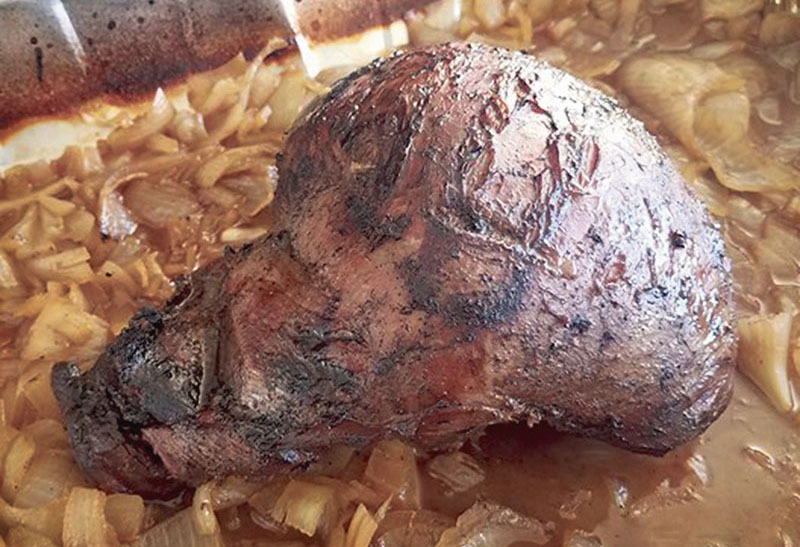 To avoid dreaded dry venison, plenty of moist-makers should be included in any preparation. A good marinade is key and can range from Italian salad dressing to mushroom soup to teriyaki sauce to red wine.

Here’s a simple recipe for venison that even the most novice of meat handlers can master:
Trim as much of the fat off of the venison as possible—venison fat is not nearly as flavorful as beef fat. Next, coat the venison with olive oil and sprinkle liberally with salt, pepper and dark brown sugar. Head over to your outdoor grill (no matter how frigid the outside temperature) and sear the meat on all sides.

In a deep foil pan, place three or four rough-chopped white onions, pour in three Negra Modelo beers—or any dark beer of your choice. Sprinkle the onion-beer mixture with salt, pepper and dark brown sugar. Finally, cut up an entire stick of unsalted butter and add it to the mix. Drink the other three Negra Modelo beers from the six-pack. 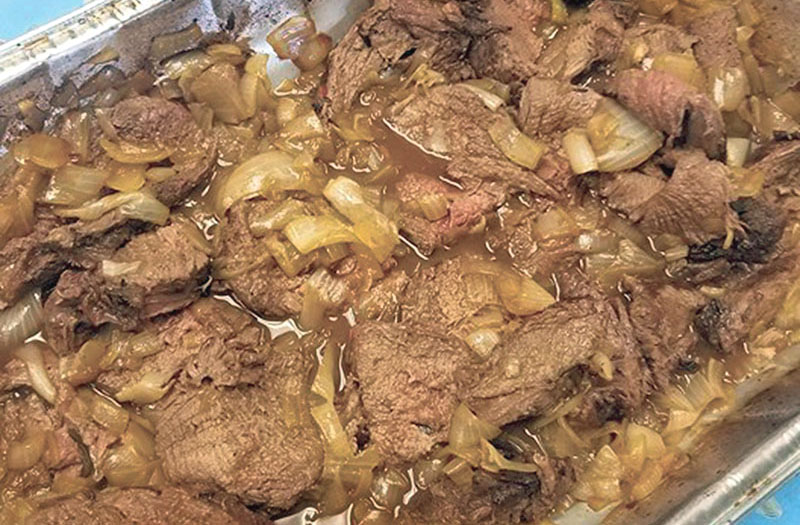 After searing meat, place on top of onion-beer mixture. Cover with tin foil and cook in the closed grill, keeping the temperature steady at 300-degrees. Venison should be cooked to rare or medium-rare with an internal temperature of 130- to 140-degrees.

Warning: do not cook past medium-rare. If you do, it transforms from succulent meat to hot, dry garbage.

When finished, let rest for at least 10-15 minutes before slicing. After it is sliced, return venison to the pan with that now-magical onion-beer gravy. Add salt and pepper to taste.

If you’ve done it right, you should end up with a pan full of tender, juicy venison meat that fits perfectly on the holiday appetizer table.