October has arrived and with it come many new movie releases for the fall season. Typically, this is the month that the studios start to roll out their best; a lot of which will end up being contenders during awards season. Here is just a sampling of what you can look forward to and appreciate. 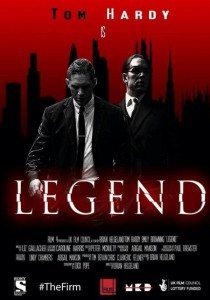 The Legend, starring Tom Hardy acting in dual roles of real life gangster Legend twin brothers, Reggie and Ron Kray, hits theaters. Unlike most gangster movies, this one takes place in London while exploring the mysterious 1960s and the controversial and violent events that secured the Kray brothers’ place in history. The film is directed by Brian Helgeland. Starring alongside the magnificent Hardy are Taron Egerton, Emily Browning and Colin Morgan. (Rated R). 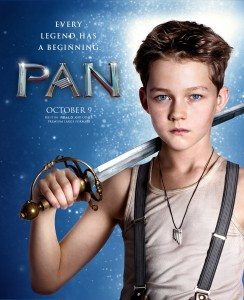 The extraordinary release of the long awaited Pan finally hits theaters. This is definitely a must see for families and fans of the boy who never grew up. However, this is a completely different take on the classic, as Pan takes us back to the beginning of how Peter became Peter Pan. Black Beard played by the incomparable Hugh Jackman is the enemy, while Captain Hook, portrayed by Garrett Hedlund is Pan’s friend and unlikely ally before he turns bad. Rooney Mara stars as Tiger Lily, the queen of the fairies and a new young actor, Levi Miller makes his debut as Pan. Amazing special effects are sure to thrill and who can’t love Jackman as the twisted Black Beard? Once again you see his transformation into his character. (Rated PG). 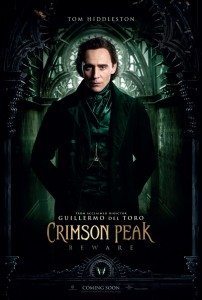 Just in time for Halloween, Crimson Peak graces the silver screen. Directed by none other than the brilliant Guillermo del Toro, the film stars Jessica Chastain, Charlie Hunnam and Tom Hiddleston (from Thor). The costumes alone make this movie worth seeing as each intricate detail is accounted for. The story revolves around a young aspiring author who has seen her share of tragedy. Although she is first with her childhood friend played by Hunnam, she becomes smitten with a mysterious man played by Hiddleston. A speedy marriage ensues, which leads her to living in his family estate, Crimson Peak. This estate is not like any other: it is filled with secrets, truths, ghosts, warnings, intrigue, death and much more. It is a horror, however; it’s a bit of fantasy thrown in with drama and love. Not for the little ones but adults should be thrilled. (Rated R). 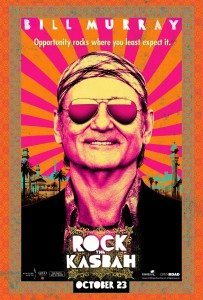 In late October, Rock the Kasbah is perfect for those who would rather skip Halloween movies. Starring Bill Murray, this film is full of laughs and music. Kate Hudson, Bruce Willis and Zooey Deschanel round out this great cast and Taylor Kinney makes an appearance for all the Chicago Fire fans out there. Murray plays Richie Lanz, a rock music manager who has seen his share of better days. With one client left (Deschanel), he heads out for one more USO tour of Afghanistan. Too bad she gets cold feet and abandons him with no money and no passport. This sets the stage for his many adventures as he befriends a band of misfits while discovering a unique young girl with a voice like none other. With nothing to lose, Murray risks it all and treks across Kabul to get her and him their last shot by appearing on Afghan Star…think American Idol (Rated R).

So movie fans; get your popcorn and candy ready and enjoy the movies.