2020 is over and perhaps that is the only good thing that we can say about it. If I had an eraser and could...
Read more
Cover Story

This year has been like no other thanks to the coronavirus pandemic. Even though it seemed that the entire world was put on pause...
Read more
Special Sections

As expected, Election 2020 was one for the record books. Held under unprecedented pandemic conditions, the presidential-year contest drew a record turnout. By one...
Read more
Special Sections

While many might think that food insecurity is not a reality on Long Island, another well-established organization has answered the call for a growing...
Read more
TOP STORIES 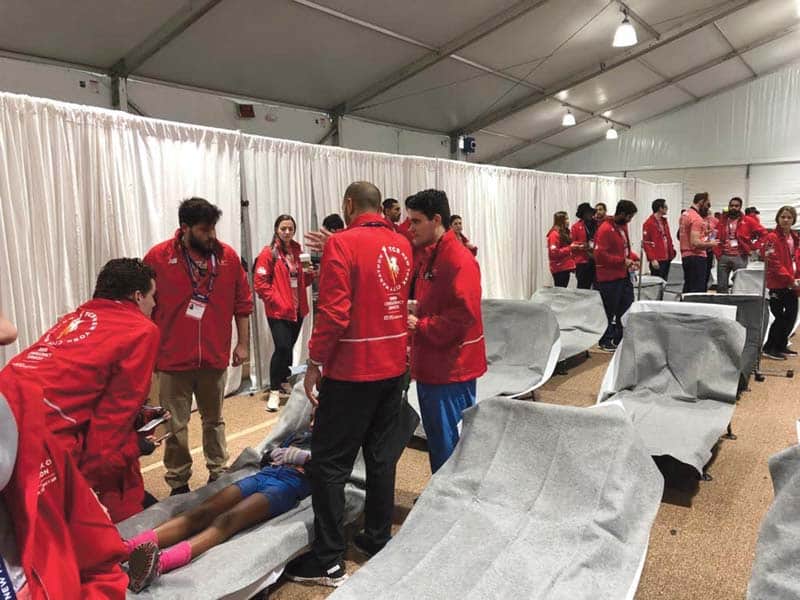 For racers in the New York City Marathon, the battle doesn’t always end at the finish line. That’s why nearly two dozen physicians, med students and nurses from NYU Winthrop Hospital and NYU Long Island School of Medicine volunteered to provide acute care for racers in need of urgent medical care as they crossed the finish line. The volunteers helped man a massive, acute care tent, which held enough cots to provide triage for 1,700-plus runners and included an ICU (Intensive Care Unit) for serious medical issues. Where one battle ended—the next battle began—to send runners home healthy.

NYU Winthrop’s team was among dozens of such medical teams, among the many unsung heroes who serve behind the scenes to help make the world’s largest marathon a success.
NYU Winthrop medical volunteers hailed from all over Long Island including Melville, Merrick, Smithtown and Cutchogue, as well as from points further afield such as Miami and Rockville, Maryland. They tended to issues that included dehydration; hypothermia and hyperthermia (temperatures too low or high), and rhabdomyolysis—a potentially dangerous condition involving a breakdown of muscle tissue into the bloodstream that can lead to kidney damage. Other runners suffered from hyponatremia, their bodies diluted of crucial sodium from drinking too much water along the way, and on the flip side were those under-hydrated with hyponatremia, both conditions presenting risks such as an altered mental state or more serious problems.

“Caring for these bold and ambitious runners was such a rewarding experience for our medical team,” added Dr. James Ciancarelli, chief resident at NYU Winthrop Hospital. “The experience has now inspired in us the goal of serving on medical teams in the five major marathons in Boston, Chicago, Philadelphia and Washington, DC.”

Prior to assisting with the New York City Marathon, the medical volunteers were required to attend lengthy medical orientation sessions in New York in order to be credentialed for the marathon.