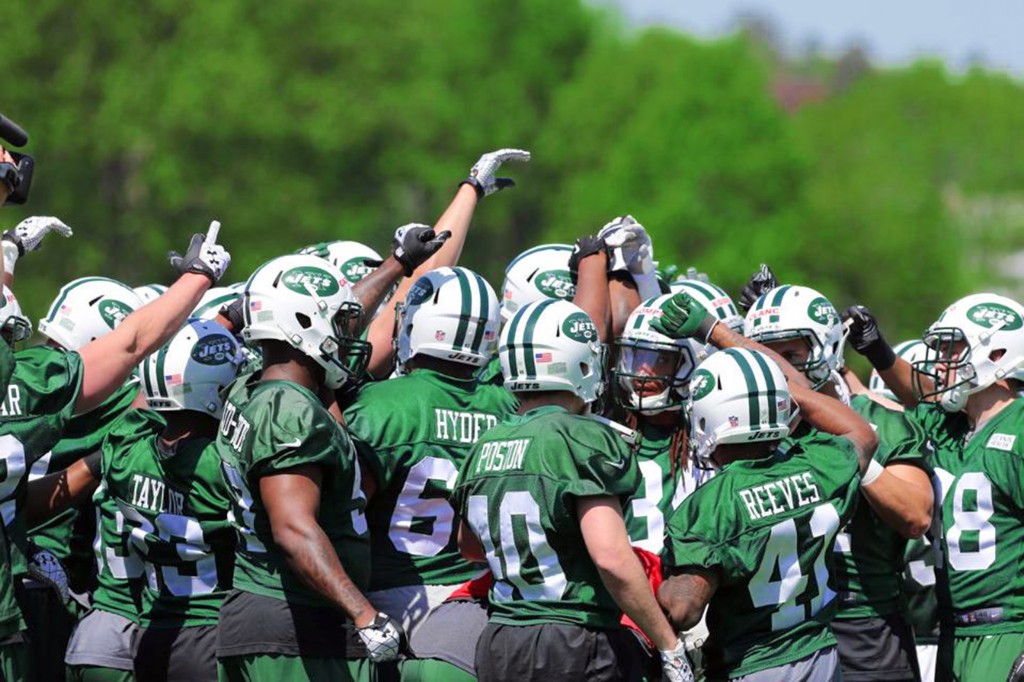 Frank Cashen’s recent death got me thinking about his remarks to a Roslyn luncheon audience soon after the New York Mets’ 1986 World Series victory.

The New York Jets are generally not associated with summer evenings, but the team announced last week they’ll be returning to Hofstra University on Thursday, Aug. 21, for a practice that gets underway at 5:30 p.m. Admission to the James M. Shuart Stadium workout is free and open to the public. Parking near the stadium is available on Hofstra’s campus, to the south of Hempstead Turnpike.

Billed as Jets Family Night, the festivities on that day (Aug. 21) get underway at 3 p.m. with the opening of Jets Fest, an interactive football theme park for children. Kids will have an opportunity to show off their throwing, running and kicking skills at Jets Fest until 5:30 p.m. Housed under a huge tent, Jets Shop, which sells team-related clothing and souvenirs, also opens at 3 p.m., and will remain so until the Jets’ practice concludes.

Coming off an 8-8 season, the Jets revamped their roster in the off-season, bringing in Michael Vick from the Philadelphia Eagles to compete with Geno Smith for the starting quarterback position. Gang Green also signed running back Chris Johnson, a standout for the Tennessee Titans for the past five-plus seasons, to bolster a backfield that already includes Chris Ivory and Bilal Powell. The Jets’ first two draft picks — Louisville safety Calvin Pryor and Texas Tech tight end Jace Amaro — should see significant playing time in their rookie seasons, too.

Hofstra was until 2009 the site of the Jets’ summer training camp. The team has since 2010 prepared for its upcoming season at the campus of the State University of New York (SUNY) at Cortland. The first Jets practice at SUNY-Cortland is being held on Thursday, July 24, and their regular season begins on Sunday, Sept. 7, at New Jersey’s MetLife Stadium, against the Oakland Raiders.

The Aug. 21 Hofstra workout is notable because it’ll be the Jets’ final tune-up before their annual exhibition game against the New York Giants, to be played on Friday, Aug. 22, at 7:30 p.m., in the godforsaken Meadowlands, where MetLife Stadium sits alongside other horrible Garden State land-use decisions. Alas, if not for state Assembly Speaker Sheldon Silver and former state Senate majority leader Joseph Bruno, the Jets would today call Manhattan home.

2014’s Jets Family Night marks the first time since 2010 they’ve made an appearance on the Island. Inclement weather prompted the cancellation of 2011’s Jets Family Night, and Hofstra’s preparations for the 2012 presidential debate were cited as the reason the Jets were unable to visit Nassau two years ago. In 2013, the Jets didn’t schedule a Hofstra practice.

SportsNet New York’s (SNY) “Jets Nation” program is already airing on a weekly basis, with the next edition being broadcast on SNY, a cable channel, on Sunday, July 13, at 7 p.m. Featuring an inside look at Jets players, coaches and team personnel, “Jets Nation” is hosted by Brian Custer and features Ray Lucas, a former Jets quarterback. SNY will air new “Jets Nation” every Sunday night throughout the balance of July, and all of August.

Given the dismal summer evenings being offered up to date by the Mets and the Yankees, SNY’s Jets programming, and the Jets’ Aug. 21 Hofstra visit, offer a welcome diversion.