Not Your Father’s Saloon Singer: How Tony Bennett Swapped Retirement For A Younger Following

At an age when most people are content to go quietly into the night, Tony Bennett continues to defy the norms by continuing to produce quality music (and great artwork) while managing to generate multi-generational appeal. In recent years, Bennett has found great success garnering younger fans while holding onto his core fan base thanks to an unwavering dedication to the Great American Songbook and a steadfast embrace of a style that encompasses a classy presentation and the accompaniment of crack musicians. For Bennett, the idea of music trends is recording a string of albums in the ‘90s with themes revolving around material associated with greats like Billie Holiday, Duke Ellington and old friend Frank Sinatra, who once called him “…the best singer in the business.” A decision made roughly 20 years ago by son Danny, who is also his father’s manager, to reach out to the then 20-something Generation X demographic without changing his father’s sophisticated musical approach and style found Bennett the elder working alongside a host of unlikely collaborators. 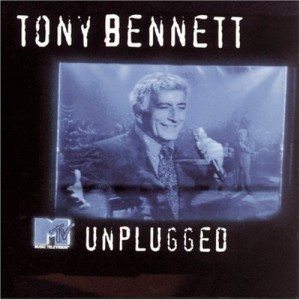 What started with 1994’s hugely successful MTV Unplugged (k.d. Lang and Elvis Costello) has found more recent projects that have been also warmly embraced and include 2006’s Duets: An American Classic (Sting, Bono and John Legend were among those guesting), 2011’s Duets II (whose ranks included Amy Winehouse, Carrie Underwood, Queen Latifah and Norah Jones) and even 2012’s Viva Duets, a project sung in English, Spanish and Portuguese whose guests included Christina Aguilera, Gloria Estefan, Marc Anthony and Chayanne. And while the disparity of age and musical background might feel like a stretch for most people of Bennett’s generation, it was far from the case for the Queens native.

“My premise has always been to highlight the music of The Great American Songbook so working with younger artists was a way for me to pass along that legacy and to bring a new generation of musicians and their fans to this music. It was a pleasure doing the Duets projects as all of the artists were very professional and prepared and for many of them it was a new experience as I always record as if it was a live performance,” he explained. “The musicians are in the room with us and its very different than the way many contemporary artists make records these days. I like the spontaneity and energy of a live performance so that is what I try to achieve when I am in the studio as well.” 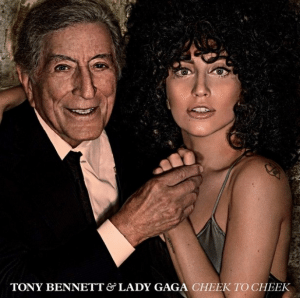 Eyebrows went up the most when the dapper crooner wound up throwing his lot in with Stefani Germanotta, aka Lady Gaga, she of the meat dress and legion of Little Monsters. When the duo first met while performing at a benefit event for the homeless for the Robin Hood Foundation, Bennett saw Gaga at the piano rehearsing and was very impressed with her voice and playing, which was also around the time he was starting work on Duets II. The timing couldn’t have been better for Bennett.

“I met with her backstage after the show and met her parents as well and they were lovely people and I asked her if she would record a song with me on my new album and she instantly said ‘Let’s do it!,” he said. “We had such a good time working in the studio that it led to us recording Cheek To Cheek together. [The subsequent tour] was so much fun for us—the audiences were a great mix of generations and we had two jazz ensembles on stage with us as well as a big band so it gave us the ability to do all the songs with different arrangements and tempos. I love working with Lady Gaga.”

As for the biggest misconceptions people have about his friend, Bennett unequivocally states that people are mistaken who think, “…that she is just a pop artist—she is a true artiste in the most creative sense of the word and is an excellent jazz singer.” 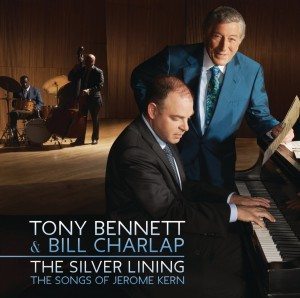 On the cusp of 90, Bennett remains busy not only painting and sketching every day (to see a story on his favorite artists, see When I Paint My Masterpiece), but receiving honorariums (recent induction into Downbeat’s Jazz Hall of Fame) and touring behind a new album (The Silver Lining: The Songs of Jerome Kern). He’s even invested his time and effort in education by way of founding the Frank Sinatra School of the Arts in his hometown of Astoria. In a letter he wrote that’s posted to the New York City Board of Education website, Bennett reveals that his interest was sparked an experience he had with a Chicago public school where he saw community service stressed and kids were allowed to practice their art. And his goal would be to have student know “…that fame and celebrity are not the true goals of the arts. The true artist is at the service of a rigorous arts and academic program…and his craft.” To that end, he and his wife Susan (who is a former schoolteacher) created the Frank Sinatra School of the Arts in 2001 on a temporary site in Long Island City.

“I was fortunate enough to attend public school in New York City and I received an excellent arts education as a result,” Bennett shared. “My wife Susan and I both saw in recent years how the arts have been cut from public school budgets so we decided to create a non-profit, EXPLORING THE ARTS, to found a public arts high school in Queens. We worked in partnership with the Department of Education and it took us a few more years to raise funds and build the permanent site of the school which is located adjacent to the Kaufman Astoria Studios and we can’t be more thankful to George Kaufman for donating the land on which we built the school. Susan and I love to visit the school and I just had a great time with some of the choir students who joined me at CitiField to sing ‘America The Beautiful’ at Game 5 of the World Series.”

With everything going on in Bennett’s life, his views on retirement should come as no surprise to anyone who inquires.

“I get asked that and my best response is ‘Retire to what?’ I am doing what I love the most right now.”