Not Your Average Sports Deli 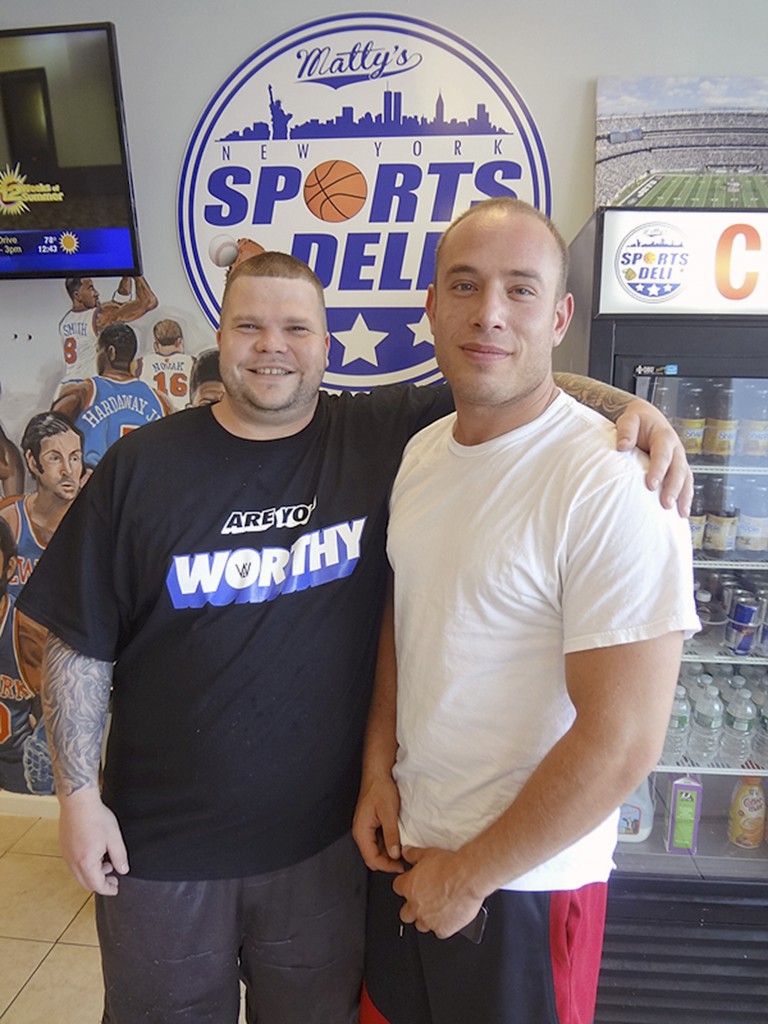 Matty’s Sports Deli, located at 107 Stewart Avenue, first opened its doors Nov. 12, and slowly but surely, it’s making a name for itself as the place to go to get good eats in Hicksville.
However, according to owner and Bellmore resident Matthew Burak, the main thing working against his slow climb up the hill of success is what any entrepreneur knows is vital to business—location, location, location.

“If I was on a main road, this place would be hopping. However, when people do come in here, they always come back,” he said. “People come in and have never heard of the place before or knew where it was. People have been driving by this shopping center for 30 years and didn’t know it was here.”

Matty’s Sports Deli is a warm, inviting place, featuring a dining area adored with sports murals created by local artists that can accommodate up to 30 people at a time, and a menu filled with unique wares that can take the average person quite a while to read through due to it’s expansive length. Clearly, this isn’t your run-of-the-mill deli.

But oddly enough, despite his status as a purveyor of fine foods, Burak himself has practically zero experience in the deli business, except for one small facet; he used to eat in a lot of them.
“I used to own a carpet cleaning company in Suffolk County, but it just wasn’t my passion. I eventually sold it,” he said. “What made me start thinking about food is that we would go do delis every day to eat, and I would hate some and I would love some. So, I took some of the best ideas from some of my favorite delis and incorporated everything into mine.”

One of the biggest strengths of Matty’s Sports Deli, Burak said, is the fact that everything on the premises has been prepared fresh and from scratch. However, not possessing any cooking talents himself, he turned to a talented friend in need who ended up filling that void. 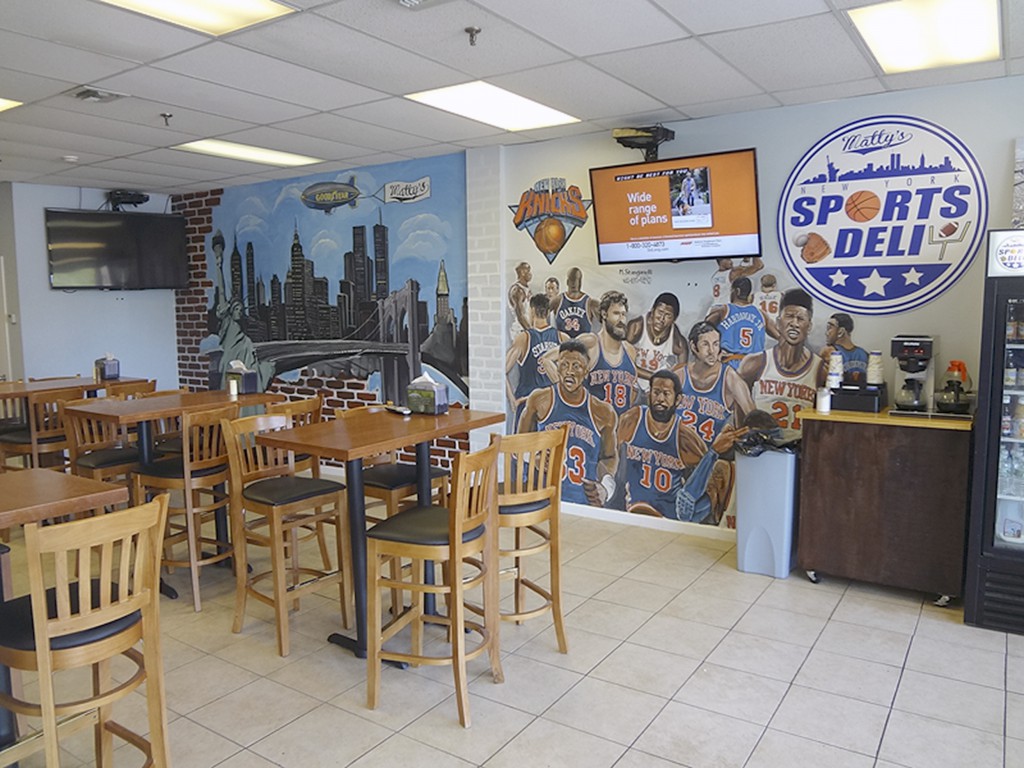 “I had just rented a house and my friend Mark, who is an awesome cook and is also the manager here, became my roommate,” he said. “Every day I’d come home and he’d cook me a great dinner. One day I asked him, ‘why aren’t you a cook or a chef somewhere?’ So, when I eventually opened my own place, I hired him, and that was it.”

Among the highlights of his large and extremely varied menu, Burak said, are their macaroni and cheese, his apple pecan chicken salad and whole wheat spinach lasagna, which has been getting rave reviews as well.

“It’s not about where you go or how much you spend, it’s about the thought that goes into it,” he said. “All our food here is made here and we try and make everything the best.” 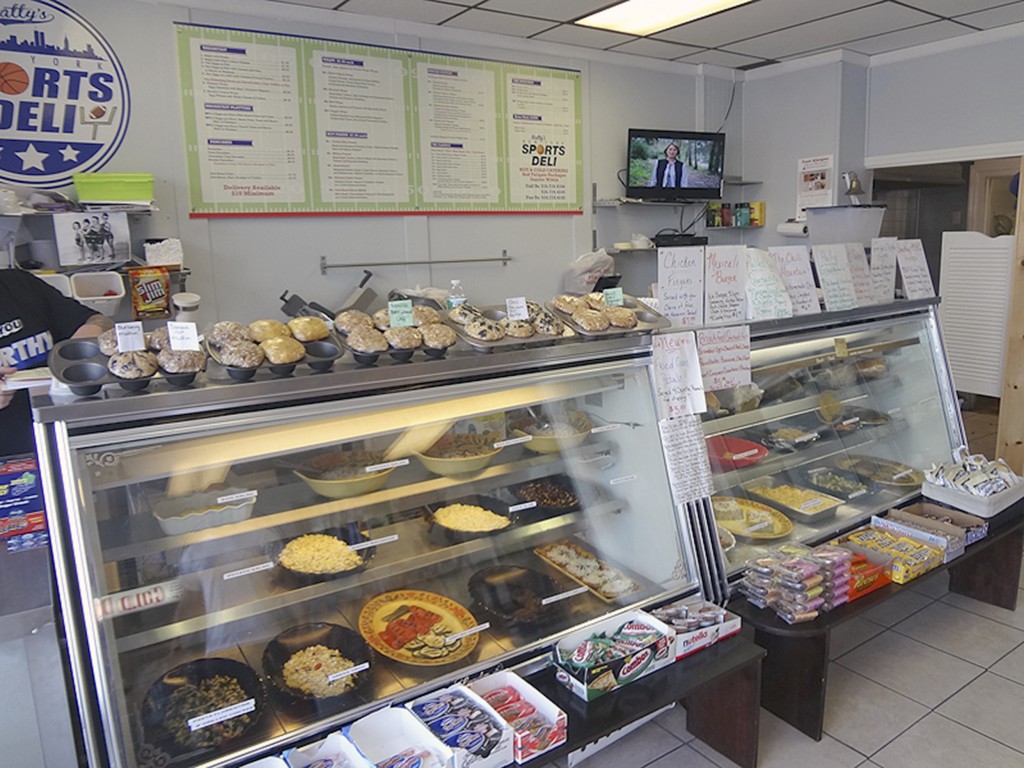 Despite the current unfriendly economic climate facing retail owners, Burak said he has always strived to work hard and provide quality to his customers. He cites an extremely difficult period in his life providing the impetus for his foray into the business world. In such a situation, he said, it was simply a matter of sink or swim.

“I wasn’t a model child, and my family had some issues, and I decided to move out on my own,” he said. “There were nights I was sleeping in people’s cars or people’s floors, but it’s what made me who I am today and I’m not looking back.”

Burak’s plans don’t just stop with building his deli into a success; once that has been achieved, he envisions opening a sports bar/restaurant as well utilizing the same principles of quality and hard work that he is applying to his current establishment.

“It’s a daily process,” says Burak. “I’m getting the word out and people are starting to notice. As long as people come in here and they leave with a smile, we’re a success.”
To find out more about Matty’s Sports Deli, visit website www.mattysdeli.com.