The debate to improve Nassau County residents’ relationship with the police department is on.
Read more
TOP STORIES 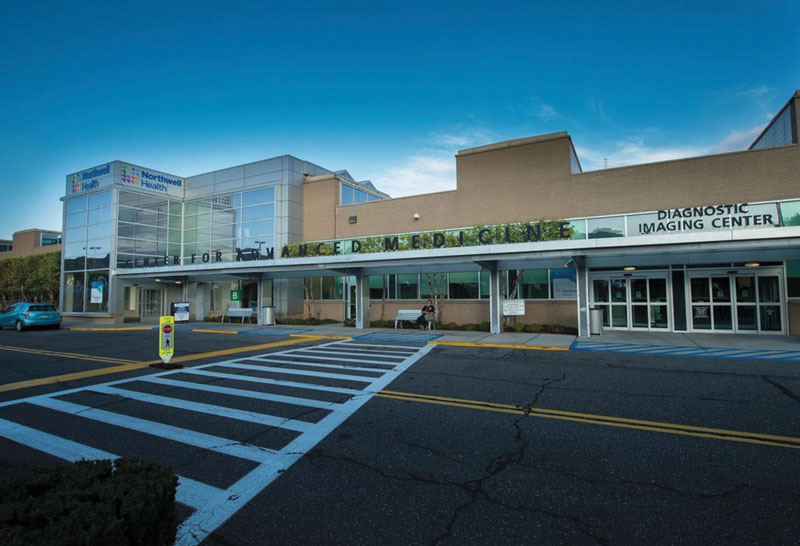 Northwell Health has publicly launched its first system-wide, comprehensive fundraising campaign to propel innovations to advance health care across the globe. The public launch of Outpacing the Impossible: the Northwell Campaign, an ambitious $1 billion, seven-year effort to support Northwell’s promise to the people it serves, was held at Northwell’s Center for Advanced Medicine in Lake Success recently. The event brought together more than 600 of the organization’s highest-level benefactors who support initiatives across the health system’s footprint.

This comprehensive campaign supports capital projects, improves hospitals and clinical programs, and advances research and funding an endowment for teaching and research initiatives. A significant portion of the campaign will also be allocated to the development of Northwell’s care locations in Manhattan. Northwell Health is comprised of 23 hospitals and more than 665 outpatient care locations throughout the New York metropolitan area and beyond. Outpacing the Impossible includes all funds given by individual donors, corporations and foundations. Donors to Northwell have given nearly $500 million since the campaign’s inception on Jan. 1, 2016.

Along with—and as part of the public campaign—Northwell has launched its first enterprisewide employee giving program, which enables employees among all levels throughout the organization to participate. More than 5,000 Northwell employees—including 99 percent of Northwell’s leadership—have already given over $7 million to support projects and programs across the health system. 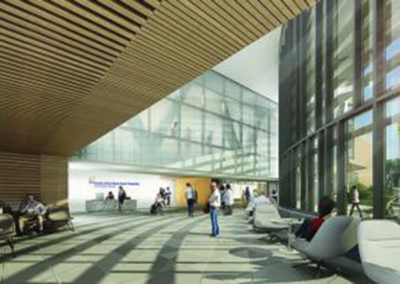 What the campaign will do

This campaign will fuel innovation in strategic areas including research, pediatrics, women’s health, behavioral health and military veterans programs. Every gift to the campaign accelerates potential cures, and helps Northwell find answers and create treatments and therapies that strengthen our local communities.

“Philanthropy is critical to Northwell Health,” said Brian Lally, Northwell’s senior vice president and chief development officer. “Our entire health system is focused on the communities we serve. Philanthropy is our investment back into our communities and helps us to take better care of more people.”

Leonard Feinstein, William L. Mack and Roy J. Zuckerberg—all long-time benefactors to the organization—are cochairs of the Outpacing the Impossible campaign. The endeavor is also being led by a campaign committee comprised of significant donors, prominent volunteer community leaders and Northwell leadership.

“We believe in the power and potential impact of taking on challenges and going where others won’t,” said Northwell Health president and CEO Michael Dowling. “Our ambition is to innovate, and it’s part of everything we do. We don’t settle for the norm in health care, and through the generosity and support of our communities, and each other, we will push our standards even further for the best care to better the lives of every person we touch.”

Northwell’s mission begins with its patients and families who have come to expect the unexpected from the organization. Outpacing the Impossible rests on four pillars that define Northwell’s culture.

Driven to discover: Focused on the future of healing, teaching and research, Northwell pursues and implements new knowledge that brings the impossible to life, such as the creation of bioelectronic medicine, a new field of medicine that uses electrical implants to help the body heal itself.

Through inventive teaching methods at the Zucker School of Medicine at Hofstra/Northwell that defy expectations and inspire, we don’t just see things differently, but are changing the way the world sees health care.

Pioneering solutions: Northwell’s depth and breadth, agility and nimbleness enhances its ability to have an immediate impact across the region and beyond.

Seeing people fully: Northwell sees and treats people as who they truly are: families, friends, neighbors and coworkers.

Over the last three years, Northwell Health has seen exponential growth of its philanthropic support, further impacting the health system’s ability to deliver on its mission. In 2017, the organization had a record year, receiving over $177.3 million for its hospitals and programs.

“This campaign is already having a significant impact on our health system,” said Mark Claster, chair of Northwell’s Board of Trustees. “Like most nonprofits, we operate on incredibly thin margins and we don’t use our revenue to pay shareholders. We reinvest that money back into the organization to improve our facilities to take better care of people and keep them well.”

To learn more about Outpacing the Impossible, The Northwell Campaign, visit give.northwell.edu.