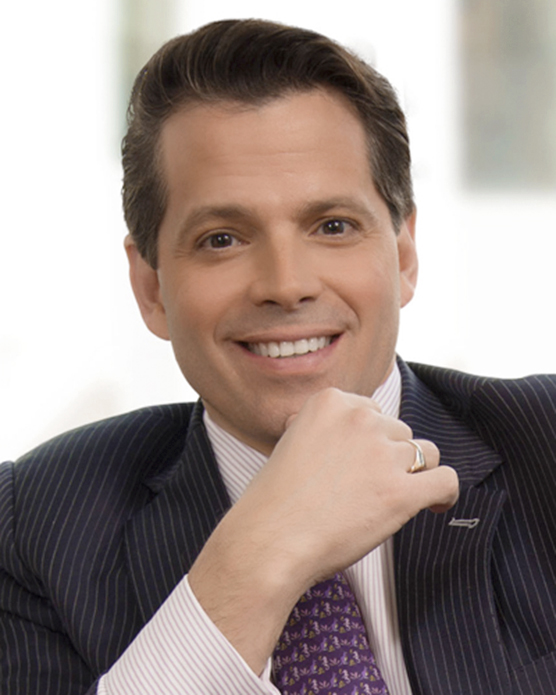 CNBC viewers will hear from some of the biggest names in investing, business, politics and entertainment this week as the network covers the SkyBridge Alternatives (SALT) conference, live from Las Vegas’ Bellagio Resort & Casino.

NBA Hall of Famer Earvin “Magic” Johnson, for instance, is SALT’s luncheon speaker on Wednesday, May 14, and a conversation with Valerie Jarrett, senior advisor to President Obama, is on the agenda for Thursday morning, May 15.

But three of northern Nassau County’s native sons, Americans of Italian ancestry and products of its public schools, are at the center of SALT’s action, starting with Anthony Scaramucci, a graduate of Port Washington’s Paul D. Schreiber High School and SkyBridge Capital’s managing partner and founder. This is the sixth SALT gathering that he and his company have presented.

“We wanted to make this a conference that we ourselves would attend,” Scaramucci said, noting the initial SALT conference convened in 2009, when Las Vegas was reeling from the economic downturn. “We get about 1,800 people every year,” he continued, with the agenda’s focus being on sharing “new or unusual information.”

SkyBridge Capital, a Manhattan-based global alternative investment firm which now has 60 employees, opened its doors in 2005. That was the same year Scaramucci, a Harvard Law School graduate and Goldman Sachs veteran, fortuitously left Lehman Brothers to launch SkyBridge. Today, the firm has nearly $11 billion in assets under management and advisement, and offers hedge fund investing opportunities to a wide range of clients, from individuals to large institutions.

Scaramucci’s personal financial future was secured before he founded SkyBridge Capital, coming after he sold Oscar Capital in 2001 to Neuberger Berman which, in turn, was acquired by Lehman Brothers in 2003.

“The sale of my first company was definitely monumental,” Scaramucci said.

“I’ve known Ken for about 25 years. He’s one of my role models, and one of the most successful Italian-Americans in American history,” Scaramucci said. “He’s also an incredibly charitable human being.”

Scaramucci, after delivering the conference’s opening remarks on Wednesday morning, May 14, will introduce Langone, a Sands Point resident and the president & chief executive officer of Invemed Associates, LLC. His presentation is being billed as “Setting the Stage: Insights & Perspectives from Ken Langone.”

The 2014 SALT conference concludes on Friday morning, May 16, with “Behind the Scenes with Francis Ford Coppola.” Coppola, a Hofstra University graduate, is best known for his Godfather film trilogy, but also won an Academy Award for Best Original Screenplay as the co-writer of Patton. Scaramucci will be conducting the interview with Coppola.

The other show business highlight of the week’s proceedings may well be the last program on Wednesday, May 14, an interview with actor Kevin Spacey, who is currently starring in Netflix’ enormously popular “House of Cards.” “The Closing Act: From Hollywood to Washington & Everything in Between” is being moderated by William D. Cohan, a contributing editor at Vanity Fair and author of the just-published The Price of Silence, about 2006’s Duke lacrosse scandal.

Thanks to CNBC’s coverage, the exciting things happening in Las Vegas are not staying there, at least for a few days. The full conference agenda can be found at www.saltconference.com, and you can follow the conversation on Twitter at @SALTConference.