What’s better than being different? That’s exactly what one Japanese auto maker set out to achieve. It worked.

Datsun, the American version of Nissan in the late-1960s to early 1970s, took the nation’s streets by storm. It all started with the 1969 launch of the Z series in New York City

This sports coupe was cheap compared to other international sports cars. Its 240Z was a highlight amongst car collectors, and it still is to this day.

The Datsun was rare, selling only 16,215 in America in 1970 and 33,684 a year later, according to Hagerty, a classic car valuation organization. And that made it even more popular. 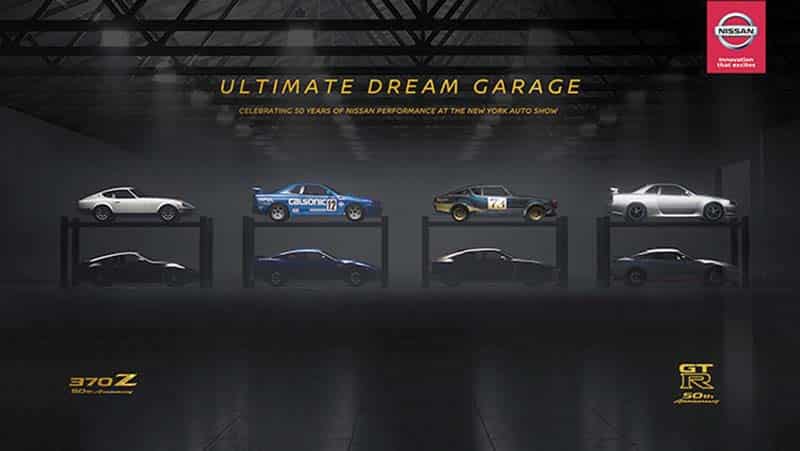 Everyone and their neighbor wanted a Datsun and for good reason. The car took over the sports car racing world, winning dozens of motor sports championships, as far away as Australia to at home in the United States.

Fifty years later, Nissan is celebrating its rich history in America, starting with the 240Z. At the New York International Auto Show, Nissan will feature its heritage collection—The 1970 240Z, 1990 Skyline GT-R Gr. A JTC Calsonic, 1972 Skyline 2000GT-R and the 1995 NISMO GT-R LM road car—giving people a blast from the past.

Steve Yaeger, manager of heritage communications at Nissan Motor Company, spoke with Long Island Weekly, discussing the reasons why Nissan opted to put these cars on display, as well as what it meant for the auto maker two decades after World War II and more.

How did Nissan come up with the idea to go back in time for the New York International Auto Show?

It’s New York and 50 years ago in New York, we introduced the 240Z, which revolutionized people’s thoughts about Japanese cars. Up until that time, it was economy cars that were fun to drive and very practical. They were lightweight, economical and all of those things that we used to associate with Japanese manufacturers. Nissan—or Datsun in the United States—came out with the 240Z, which was a huge success. From that success in New York in 1969, we changed the face and brand of Datsun from that day forward as a performance brand. Even though we had good performance cars prior to that, it put us on the map in the United States.

It’s 50 years later and now, Nissan is a household brand for many American families. How do you think that launch helped Nissan/Datsun grow in America?

It raised our visibility in terms of our portfolio. We weren’t just a four-door economy car company anymore. Even though we had made sports cars—we made a roadster prior to that—we didn’t sell it in large numbers, so people didn’t think of us in that way. The advance of the Z, along with the launch of racing programs in the United States, we started winning championships right around the turn of the decade in 1969, ‘70 and ‘72. We started winning a lot of championships and got on the map as a performance car company. That led to pickup trucks and other vehicles. We were known around the world as Nissan, but when Datsun came to the United States, all of a sudden, we had this viable sports car that was affordable and fun to drive.

Why was it called Datsun and not Nissan?

The company itself in Yokohama was always Nissan Motor Company. But marketing companies look at how names are perceived, and it was too close to Nippon (a paint brand). The decision was made in the late-’50s to early ’60s. They probably felt it had a little more cache as Datsun, and that lasted until 1983. They decided to bring Nissan worldwide.

What is the goal in bringing back these cars?

I think it’s an acknowledgment of our performance heritage. With 50 years of not only the 240Z, which is well-known to the American public, but it’s also the 50th anniversary of the GT-R. Until 2007, the GT-R was known to video gamers. Worldwide, the GT-R had a huge following and a great racing history. When we brought the R-35, which is the current GT-R that’s sold in the United States, it pulled it all together. We have special editions to commemorate the 50th anniversary. We’re showing some of the GT-R lineage, as well as the Z car lineage. It’s a fascinating look to show these cars were formidable performance cars going pretty far back. Now, they’re safer, faster and more efficient. Some of our old cars are pretty compelling.

What is the biggest difference between Nissan’s cars from then to now?

The world has changed and people’s preferences have changed. We’re not alone in that. But we have a large portfolio of crossovers, SUVs, mid-sized trucks and full-sized trucks. It’s not just cars now. Back in the day, we had a great little pickup truck. But most of our lineup was cars. From the late-’60s through 1990s, the cars that we’re showing will show that we had some formidable performance cars. They were fast with all-wheel drive technology, turbo-charging and very interesting cars. Our current Z car and GT-R are faster and more efficient than the early models. At the same time, it shows where we’ve been in the process of the evolution of those cars.

You touched on Nissan’s racing history. But what makes it stand out?

Bob Sharp in Connecticut and Peter Brock won a lot of sports car championships. Bob Sharp won a championship in 1967, the first for Datsun. We won over 100 championships in the Sports Car Club of America (SCCA), more than any other manufacturer. Abroad, like the 1999 Calsonic Skyline GT-R, it was so dominant in the Australian touring car championship that they banned it. They banned turbo-charging and all-wheel drive because they got tired of seeing us win. At the show, there will be a lot of people taking pictures of that car because they’ve been seeing it in video games for 20 years. It is a legendary car, even in Japan when they bring it out to festivals, everyone will practically bow down to it because it got the Godzilla nickname. It was such a monster on the track.

How important were these cars as Japan entered the post-World War
II era?

There was a big turning point in the 1960s. You see it in the 240Z in 1969. When you talk to the men who designed that car, they brought it to America to test on California highways at high speeds. I’m 6’3″ and 230 pounds. I’m an American-sized guy, not a Japanese-sized guy. I fit very well in a 240Z. They made it for bigger people, for faster roads and didn’t compromise the handling or sportiness of it. I think that’s where that car, in particular, really took off. Americans really loved it. In the end, it was designed to appeal to Americans. Right around the late-’60s, it was a turning point in Japan, when they realized it was a very fertile market. They needed to make cars a little bigger, faster and more powerful. We succeeded as a company because we realized the potential we had in our design. You get in any Japanese car from the early-’60s and if you’re over 5’10” and 185 pounds, you’re not going to fit in it very well.

The driver’s compartment was a little crammed for larger people. The 240Z came along at the right time, and this was one of the reasons.