There was a point in Nick Lowe’s recent career where the power-pop maestro had been contentedly transitioning into becoming an introspective vocalist caught somewhere between classic country crooner and melancholy saloon singer. Prior to that, this longstanding critic’s darling vacillated between being a producer-for-hire (Elvis Costello, The Pretenders, The Damned, Graham Parker) and founding member of power-pop/rockabilly revivalist outfit Rockpile alongside Dave Edmunds, Billy Bremner and Terry Williams. There was even a brief stint in supergroup Little Village alongside Ry Cooder, John Hiatt and Jim Keltner in the late 1980s before Lowe decided to unplug with 1994’s The Impossible Bird.

“As always happens, the public had gotten tired of my schtick and actually, so had I. I was in full accord with them,” Lowe said. “When you’re young, the whole thing is putting on an act all the time and sometimes it’s cool and sometimes it isn’t, but that’s what you do. As you get older, you get a bit fed up of doing it and that’s when people pack it in because they feel they’re too old for this. I had produced a couple of records for other people, [so] I had to go back and get a proper job.” 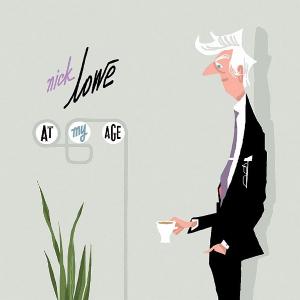 Lowe was contentedly going through this latest phase through a string of exemplary records that included 1998’s Dig My Mood, 2001’s The Convincer, 2007’s At My Age and 2011’s The Old Magic. That changed about four years ago for the pub rock icon when he joined forces with Los Straitjackets, an instrumental rock band prone to taking the stage in matching suits and a panoply of Mexican wrestling masks. Lowe shares both a label (Yep Roc) and a manager (Jake Guralnick) with them. What started out as a few years of Christmas shows back in 2014 evolved into what Lowe called out-of-season mini-tours/shows starting with a stint of dates last year to What’s So Funny About Peace Love And Los Straitjackets, a project that found the masked quartet running through instrumental readings of Lowe gems including “Heart of the City,” “Cruel to Be Kind,” “Shake and Pop” and the title cut. Hitting the road with this new musical crew, Lowe was able to dust off a number of older songs that didn’t necessarily work in the solo format he’d been hitting the road with. 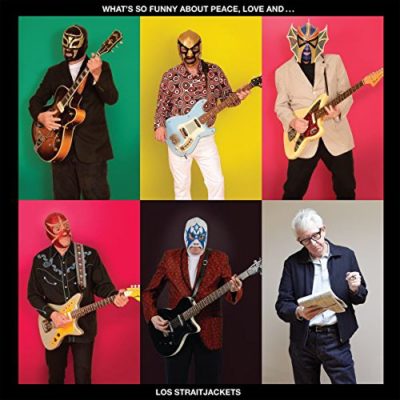 “There’s no doubt about it that those guys can play anything. There are a few songs that are really popular that people really like that don’t really sound good when I do them just acoustically like ‘So It Goes’ and ‘Heart of the City,” he explained. I think it’s because later on, after I was encouraged by Elvis Costello to do solo shows, it changed the way I wrote songs. Prior to that, I wrote songs with a view of making records out of them. There are some tunes that I can do with the Straightjackets which don’t appear in the solo show. And that cheers me up. I can do a lot of different songs with the two styles of show. In fact, when we first started out. I told them not to copy the record—just learn the song up and it’ll be much better if they do it their way and I’ll just fit in with them, rather than them fitting in with me. It’s much easier for me to adopt another sort of act on top of their natural way of doing things. Since that happened, we’ve gotten right into it. I’ve actually written a couple of songs, with them in mind.”

That creative spark yielded the Tokyo Bay EP, a four-song project recorded by Lowe with Los Straitjackets on the fly at the Diamond Mine in Queens last year. The title cut and ‘Crying Inside” are Lowe originals that sit alongside covers of Cliff Richard (“Travellin’ Light”) and Dionne Warwick (“Heartbreaker”). Always known for his love of covering other artists, Lowe picked another pair of self-described “sound-check songs,” tunes he does at sound checks to test the PA out that he considers to be gems in their own right. 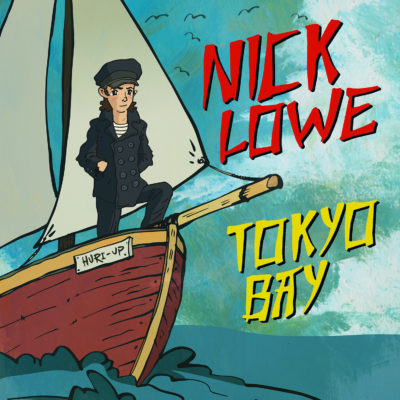 “I like doing covers that surprise people. ‘Why is he doing a Dionne Warwick song?’ Well, why not?,” he said with a laugh. “I’m a big fan of the Bee Gees and with them, their records are fantastically produced. But if you strip away all the production, there’s always a great song at the base and I think [‘Heartbreaker’ is] a really super song—one of many.”

Fans of really well-crafted pop and rock won’t come away disappointed after viewing a Lowe/Straitjackets affair. The latter’s exemplary musical stylings found them playing a solo set that was a mix of originals (“Itchy Chicken”) and covers that included Celine Dion’s “My Heart Will Go On” before Lowe joined them with an acoustic guitar to bash out a set rounded out by stellar readings of “When I Write the Book,” “Half a Boy and Half a Man” and “I Knew the Bride (When She Used to Rock ‘n’ Roll”). Between the touring and recording, it’s been quite a gratifying experience for Straitjackets founding member Eddie Angel, who got a new appreciation for Lowe’s canon after having to dissect it.|

“I think the key to our camaraderie with Nick is his sense of humor and that fact that he’s a great songwriter,” Angel said. “I will say that the one thing I got from doing an album of his songs and stripping them down is what great melodies he writes. That gets lost sometimes, because his lyrics are so strong.”

As for whether another full-length meeting between Lowe and his surf-music loving compatriots is in the offering, the sexuagenarian singer-songwriter is on the fence, given the fact that a pair of his creative partners, producer Neil Brockbank and drummer Bobby Irwin, passed away within the last year or so.

“After they both died, I really went off the whole idea of making records when that happened. I was so used to them, so I’m not in any great hurry to make another album,” he said. “But, it seems a bit foolish when I’ve got this great band who are so enthusiastic and so great and I’m not using them a bit more. But at the same time, I’m not going to force the issue. If we get some good stuff, great. If not, no worries.”