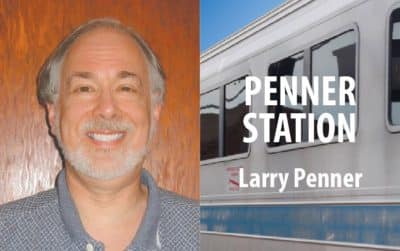 The New York Metropolitan Transportation Authority and the New York City Transit Authority are threatening to provide less service on the Queens Flushing No. 7 subway line instead of more due to a shortage of replacement windows as a result of vandals.
The line runs from Main Street Flushing and terminates at Hudson Yards on the Manhattan west side. The route links midtown Manhattan, New York Port Authority 42nd Street Bus Terminal, Times Square, Metro North Grand Central Terminal, Hunters Point, Long Island City, Sunnyside and Woooside. The Willets Point station in Queens provides access to New York Mets Citi Field, Arthur Ash Stadium and the Queens Zoo. MTA NYC Transit is disappointing commuters. transit advocates, taxpayers and local elected officials.  Communications Based Train Control, at a cost of $600 million has been up and running since January 2019. This was supposed to have been completed by October 2016. There are still periodic signal problems and service disruptions on the No. 7 Flushing subway line. Now, we have vandalism as well. Perhaps it is time to return to the days decades ago when a transit police officer was assigned to ride each train. This, along with installation of security cameras on trains and stations might help to reduce both vandalism and crime.
How many more years must we wait for the MTA NYC Transit resume mid-day express service between 10 AM and 3 PM?.  This last ran in the mid 1980’s. Was it worth investing $600 million in CBTC, when it only resulted in increasing the number of rush hour trains by two from 27 to 29 in each direction. MTA NYC Transit no longer has any other opportunity for increasing rush hour capacity on the No. 7 line.

Given the tremendous growth in No. 7 subway ridership 24/7 prior to COVID-19, riders would still welcome restoration of mid day express service, This would assist in providing adequate social distancing and avoid excessive crowding. Ridership will begin to return in significant numbers as COVID-19 fades and a vaccine becomes widely available in coming months. Riders would also welcome a return of Saturday and holiday express services (which briefly ran in the early 1950s), along with more frequent local service off peak, late evenings, overnight and weekends.

There are opportunities to increase capacity and service. There is equipment used primarily for rush hour peak service that is available to provide additional service during off peak hours. It is a question of finding millions of dollars more to cover operating costs for additional service. Why not use future Manhattan congestion toll pricing revenues now scheduled to start one year later in 2022 to pay for this?
Larry Penner is a transportation advocate, historian and writer who previously worked for the Federal Transit Administration Region 2 NY office. This included the development, review, approval and oversight for grants supporting billions in capital projects and programs on behalf of the MTA, NYC Transit bus and subway, Long Island and Metro North Rail Roads, MTA Bus and NYC Department of Transportation, along with 30 other transit agencies in New York and New Jersey.
Share
Facebook
Twitter
Pinterest
WhatsApp
Previous articleEncouraging Kids To Stay Safe While Playing Youth Sports
Next articleLabor Day Activities During COVID-19