In New York City and Long Island, the company will be distributing funds to seven nonprofits to help provide critical aid and resources to communities.
Read more
News

The New York Mets are ready for the MLB season to start. There is no more "if" players will take to the field. The orange...
Read more
Featured 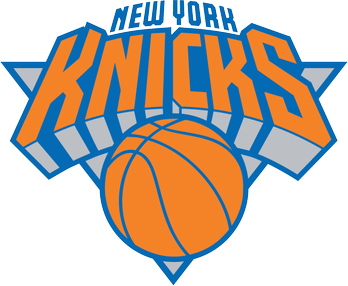 The New York Knicks have endured the worst 12 months of its franchise, arguably. It’s a new season and anything is possible, but nothing went to plan for the Knickerbockers.
They traded their franchise cornerstone, Kristaps Porzingis, to the Dallas Mavericks within hours of him requesting a trade to free up cap space for a potential superstar a week before the trade deadline. The Knicks had all the leverage and could have easily held on to Porzingis as he was heading to free agency, having his bird rights and the ability to match any offer sheet from another team because of his restricted free agent status.

The two max-free agent slots created by the trade were not enough to attract any superstar free agents. Kevin Durant and Kyrie Irving went to their hometown rivals, Kawhi Leonard was only ever considering the two L.A. teams and Toronto.

After finishing with the worst record in the league (17-65), dreams of Duke’s prodigy Zion Williamson were alight, but after losing the lottery, the Knicks ended up with his teammate R.J. Barrett with the third overall pick. They spent their remaining cap room on whoever would take the gobs of money they had left, most notably Julius Randle and Marcus Morris.

The Knicks are not in the playoff picture this year and the rebuild continues. They do have some notable young prospects that could develop into quality NBA starters and in turn, trade assets. Getting those young players as many minutes as possible should be the goal for this season, but the veteran-laden squad will not give those valuable minutes up too easily.

The logjam created at power forward by the free agency additions of Randle, Morris, Bobby Portis and a washed-up Taj Gibson may leave second-year player Kevin Knox fighting for time on the court. Randle is expected to start at power forward and Morris and Knox will most likely see a bulk of their minutes at small forward as there is no true three on the roster besides Barrett, who will play a lot of shooting guard this season.

Second-round pick in 2018 Mitchell Robinson flashed his impressive defensive ability at the rim last season and he will be given a chance to start at center with Portis and Gibson playing a role there as well.

First-round pick in 2017 Frank Ntilikina has been a disappointment offensively through two seasons at point guard, but he impressed many over the summer with the French national team. However, Dennis Smith Jr. and Elfrid Payton will be vying for point guard minutes as well and will be battling for the starting job all season, most likely.

Barrett’s development over the course of the season will be key in determining if this season was a success or not. The young wing will be expected to be a playmaker on offense for others and himself. A tough task for the 19-year old, but expectations are sky-high for the Canadian.

The Brooklyn Nets will be without star-signing Kevin Durant for the season after he tore his Achilles tendon in the NBA Finals. Even without his presence, the team will be looking to crack the top-4 in the eastern conference with new star point guard Kyrie Irving and a plethora of young talent.

Even though the Nets lost their scoring, assist and steal leader from last year in D’Angelo Russell, Irving is still an upgrade. Irving’s departure from Cleveland and Boston were not because of anything on the court, but chemistry issues with his teammates and it will be interesting to see if he chooses to nurture the young talent around him like Caris LeVert and Jarett Allen.

Irving will be the de-facto starter at point guard with his friend Spencer Dinwiddie backing him up. Dinwiddie will most likely be the first guy off the bench so expect the duo to share the backcourt together throughout the season. The Nets lack depth at point guard behind those two, which means LeVert could be relied upon at times to take that role.

Sharpshooter and successful reclamation project Joe Harris, will see a lot of time at shooting guard so the Nets can stretch the floor. Low-key signing Garrett Temple will also see time there and will be a key role player off the bench.

As long as LeVert stays healthy, which has been an issue, he will be a player that the Nets rely on all season. Usually a shooting guard, he will play mostly at small forward, but that should not be an issue for him as the league gets smaller and smaller. To be effective, he will need to improve his three-point shooting, hitting 31.2 percent in 40 games last season.

Newcomer Taurean Prince, acquired in a trade from Atlanta Hawks during the offseason, will be the x-factor for the Nets. Head Coach Kenny Atkinson likes to play with a smaller power forward and Prince fits the bill. Prince will be the starter at that spot and second-year player Rodions Kurucs will back him up despite being in legal trouble over a domestic violence issue. Summer signing Wilson Chandler will also be a rotation piece at the four, once he comes back from a 25-game PED suspension.

Jarett Allen has developed into a rim running big who also provides protection on the defensive end the last two seasons. Free agent signing DeAndre Jordan is not the same player he was with the Los Angeles Clippers, but will be a great option off the bench, backing up Allen.

This season will be about building towards next year when Durant comes back into the fray and Nets can call themselves true championship contenders.